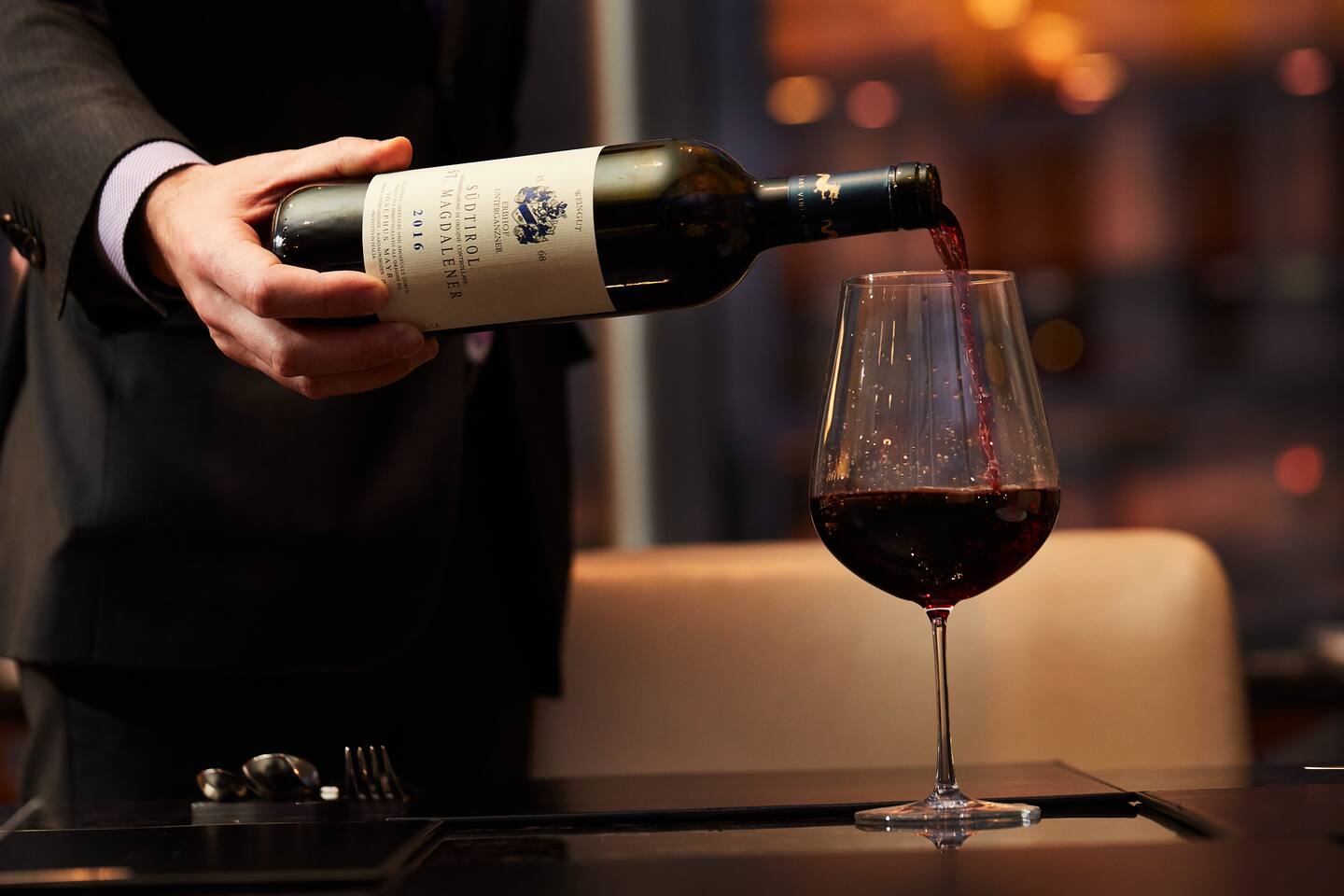 Now that vaccines for the coronavirus are available, we can anticipate some sort of “new normal,” including dining in restaurants rather than “streateries” or eating takeout food at home. Our enjoyment of wine in restaurants will not be the same, of course — the pandemic’s effects will linger for years.

We can expect to see fewer restaurants with dedicated sommeliers overseeing beverage service. The “sommanager,” a position that combines beverage and overall management duties, is likely to be more common in post-covid restaurants. We may see more wine lists on tablets, which will reduce printing costs for restaurants and make our experience more interactive, though not necessarily with a person. A remote sommelier may even engage you through a video chat from your wine list. We are probably several years away from tuxedoed holograms materializing tableside to suggest wine pairings, but when it happens, I won’t be surprised.

When the pandemic sent the nation into lockdown last March, Jillian Riley was furloughed from her job as beverage manager for NoMi, a high-end restaurant in Chicago’s Park Hyatt hotel. As lockdown continued into July, Riley’s position was eliminated and the restaurant sold off much of the extensive wine collection she had built. Today, the hotel and restaurant remain closed, their future as uncertain as Riley’s.

Like sommeliers, cooks, servers and other restaurant workers, Riley found herself scrambling, or pivoting in the pandemic vernacular, in ways she never expected. “I always wanted to work a harvest, but that’s difficult to do in normal times,” she told me. Through a group called the SommFoundation, she arranged a harvest internship at an Oregon winery, but that was canceled when the winery decided not to harvest because of smoke taint from wildfires. Through connections, she secured a spot at Alejandro Bulgheroni Estate, a boutique winery in St. Helena, in Napa Valley. She started there a week before the Glass Fire erupted and scorched much of the northern part of the valley, including the nearby Meadowood resort. She helped a winemaker protect the fermenting wines with carbon dioxide and dry ice, while firefighters managed to save the winery. Not your typical harvest experience.

Winn Roberton also seized the opportunity to work a harvest and dabble in the production side of the industry. He took time off from his job as head somm at Bourbon Steak restaurant in D.C.’s Four Seasons Hotel to pick grapes and help make wine at Stonestreet winery near Healdsburg, in California’s Sonoma County. Back in D.C., with the restaurant offering reduced service, Roberton embraced the use of tablets for his wine list, something he had resisted in the past.

“The time and money saved by not printing and changing pages on a large paper wine list has been a bit of a relief,” he says. “It also will make the program a bit more dynamic in terms of easier changes and maybe even photos and other media embedded into it.” But he’s not a fan of the “virtual sommelier” idea.

“That’s pretty scary to think about, since the sommelier is more important to in-person service than just a wine recommendation,” he says. “Fingers crossed we don’t get there anytime soon.”

That point is echoed by Erik Segelbaum, former beverage director for the Starr Restaurant Group based in Philadelphia who formed his own consulting firm, Somlyay, in 2019. That independence helped him survive the pandemic, though last year certainly did not match his business plan. Segelbaum helped found the United Sommeliers Foundation, a nonprofit offering aid to laid-off beverage professionals, and he lobbied Congress in favor of covid-relief aid for restaurant workers and against tariffs on imported wine.

Segelbaum fears the pandemic will reinforce a misconception that sommeliers are high labor costs, even though beverage sales account for a restaurant’s greatest profit margins. “It’s going to be hard to convince restaurants to put their money in sommeliers right now, but that is the smartest place for them to invest, even when operating at 25 or 50 percent capacity,” he says.

Earlier during lockdown, Roberton used his enforced time off to hone his wine tasting skills and post YouTube videos. Many somms have gone into wine education (podcasts are numerous). Others have entered retail, a sector that has thrived during the pandemic, or importing. Cellar liquidation — appraising a collector’s treasures before an auction or during a divorce — is another job path for somms.

Today, Riley is back in Chicago, looking for work. A permanent job offer from a California winery fell through when that state went into a second lockdown. She’d prefer to find a restaurant position in the Windy City, but she is open to any opportunity. She may even join the great Sommelier Diaspora from major cities to smaller markets.

“There is a scattering of talent,” Riley told me. “Sommeliers have been concentrated in major urban hubs, but I’ve seen friends leaving the big cities for smaller markets where covid lockdowns are more limited.”

Some, of course, may leave wine and restaurants altogether. But ultimately, that scattering of talent may raise the level of professionalism in wine service, and the way we experience it, throughout the country.

Home Videos The WORLD of WINE – Wine News. Cheap wine, tasting notes and cooking with wine The World of Wine – May 2021 … END_OF_DOCUMENT_TOKEN_TO_BE_REPLACED

How to visit Napa Valley on a Budget. In this video Carson and I explain a few ways to enjoy Napa on the cheap. Tip and advice about how to visit Napa … END_OF_DOCUMENT_TOKEN_TO_BE_REPLACED

Home Videos Get To Know Argentina Wine | Wine Folly If you love Malbec, Argentina is your ultimate wine region. But that’s not … END_OF_DOCUMENT_TOKEN_TO_BE_REPLACED