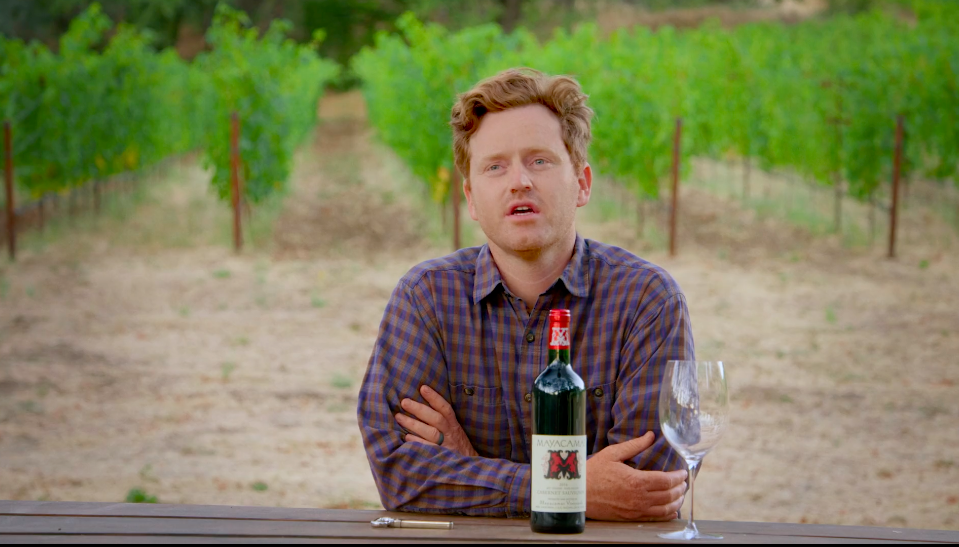 The next season of Verticals is now available, with a new episode set for release every two weeks and season three of the series Blind Tasting Sessions has also been released, with an entertaining focus upon couples that challenge each other in tasting wines blind.

Verticals is a collection of stories, each brilliantly told as a cinematic short film. The first episode of the new season of Verticals focuses upon the historic Mayacamas Vineyards, a legendary pre-prohibition era winery nestled in the western mountain range of the Napa Valley in California. The story is told through personal insights from wine business icons including Phil Coturri, Jean Arnold Sessions, Claire Coppi, Andy Erickson, Kelli White and Braiden Albrecht, people who have each experienced, or been part of, the winery’s history. Watch the trailer for Verticals here.

SOMM TV is an independently-owned network of films, programs and podcasts related to wine, food and travel and has no relation to any sommelier group or wine organization, and a division of Forgotten Man Films.

Forgotten Man Films, the parent company of SOMM TV, was founded by the team that created and produced the SOMM documentary trilogy including filmmaker Jason Wise, producer Christina Wise and cinematographer Jackson Myers, with Diane Carpenter joining the series as executive producer of the second and third SOMM films.

SOMM TV is the first SVOD (Subscription Video on Demand) streaming platform and full podcast network in the wine, food, and travel space offering exclusive new shows, films, and educational content created from the ground up by the team that made the award-winning SOMM documentary series.

For viewers, SOMM TV is available on every device and smart TV worldwide through a custom app and website, and the free podcasts can be found on all major platforms including iTunes and Spotify. SOMM TV is widely accessible and affordable at just $5.99 per month, or $49.99 for a full year after a free three-day trial. Use promo code VERTICALS at checkout to receive the first 3 months of SOMM TV at 50% off.

Home Videos The WORLD of WINE – Wine News. Cheap wine, tasting notes and cooking with wine The World of Wine – May 2021 … END_OF_DOCUMENT_TOKEN_TO_BE_REPLACED

How to visit Napa Valley on a Budget. In this video Carson and I explain a few ways to enjoy Napa on the cheap. Tip and advice about how to visit Napa … END_OF_DOCUMENT_TOKEN_TO_BE_REPLACED

Home Videos Get To Know Argentina Wine | Wine Folly If you love Malbec, Argentina is your ultimate wine region. But that’s not … END_OF_DOCUMENT_TOKEN_TO_BE_REPLACED