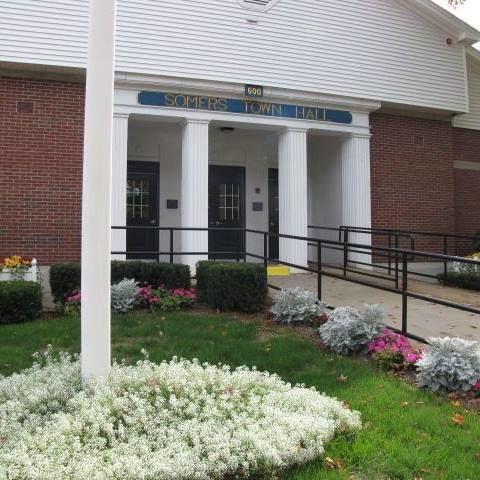 SOMERS — The Zoning Commission has indicated it plans to adjust its zoning regulations to make it possible for farm wineries and breweries, which is a good outcome for a local couple who want to open a farm winery at Worthington Pond Farm and Gardens.

The adjusted regulations would still have to be discussed in a public hearing and voted on by the commission.

During a public hearing Feb. 2 to discuss the commission’s draft of updated zoning regulations, comments from residents over the inclusion of a farm winery, brewery, or distillery dominated the discussion.

Mark and Karen Murdoch of 24 Gulf Road, who hope to open a farm winery at Worthington Pond Farm and Gardens, spoke in favor of the regulations, although they want adjustments that wouldn’t make the size of a patio space dependent on the indoor space of a winery.

In the new regulations, farm wineries, breweries and distilleries would be allowed if the commission grants a special-use permit.

In an interview with the Journal Inquirer, Mark Murdoch said his intent is to create a space “where people can go and enjoy the outdoors as well as some wine.”

He and his wife have been making wine for personal use for over 20 years, he said, and they hope to have the opportunity to do something more with their experience.

He said that one of his frustrations is that because it takes at least a year to make wine, he and his wife would have to wait until after the regulations are approved and a special-use permit is granted for their property before they could begin the process.

But Murdoch is optimistic the regulations will allow for a farm winery in some form.

“I think there was a general consensus that wineries are a good thing,” he said.

“Worthington has a bad rep,” Murdoch said. “It’s hosted some rowdy parties in the past, but that’s not what we’re all about. We’re there because we want to share our crafts and we want people to have a place to go.”

He said he and his wife have been searching for a place to open a winery for the past five years, but they “really love” Somers and want to stay here.

The possibility of a farm winery, distillery, or brewery in town has been before the commission since at least last March when the Murdochs submitted their first application for a regulation change. The commission denied it in June because it lacked detail and specificity.

At that time, the Murdochs also submitted an application to operate a farm winery at Worthington Pond Farm and Gardens. That application was rejected because they applied for a use that was not permitted in town. But the issue prompted the commission to consider including such properties as a part of its updated zoning regulations.

The commission decided to continue the public hearing to Tuesday, Feb. 23, at 6:30 p.m., where it will hear comments from those who did not already speak at the prior hearing. The public hearing will be held virtually via Zoom, and the coordinates to participate in the meeting will be listed on the commission’s agenda for the meeting, which can be accessed on the town website.

Home Videos The WORLD of WINE – Wine News. Cheap wine, tasting notes and cooking with wine The World of Wine – May 2021 … END_OF_DOCUMENT_TOKEN_TO_BE_REPLACED

How to visit Napa Valley on a Budget. In this video Carson and I explain a few ways to enjoy Napa on the cheap. Tip and advice about how to visit Napa … END_OF_DOCUMENT_TOKEN_TO_BE_REPLACED

Home Videos Get To Know Argentina Wine | Wine Folly If you love Malbec, Argentina is your ultimate wine region. But that’s not … END_OF_DOCUMENT_TOKEN_TO_BE_REPLACED