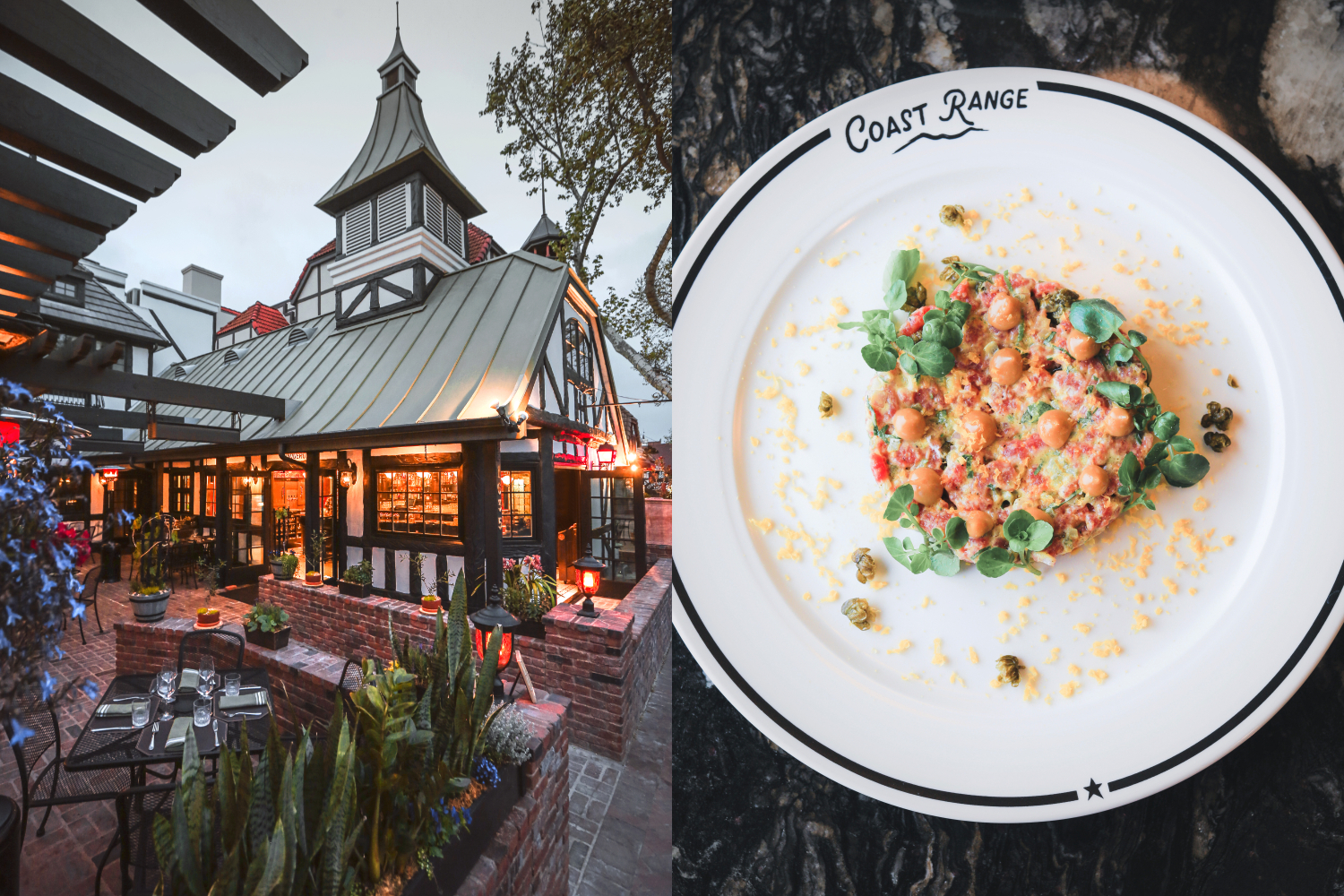 In 2019, Lincoln Carson had one of the city’s most acclaimed new restaurants. With its elegant, perfectly executed continental fare and gorgeous desserts, Carson’s Bon Temps made it onto just about every “best of” list. Then COVID-19 hit, and Carson had to close the business he’d spent years working on. Adding to the difficulty was the fact that he and his family lived in the same building as the shuttered restaurant. “It was not good for my mental health,” he says.

In the wake of the closure, he headed to the Santa Ynez Valley, initially just as a getaway. He and his wife have long loved the area and thought they might live or retire there someday. Amidst the pandemic, they decided to move there now.

“It was the catalyst to say, ‘You know what? Fuck it. What are we waiting for? The world just flipped upside down,’ ” he recalls.

In June 2020, they relocated to the wine region full-time, settling in the town of Buellton. Shortly after, a space in Solvang that a friend had his eye on freed up, and the buddies decided to open a restaurant. This past April, Carson and fellow veteran chefs Anthony Carron and Stephen Fretz debuted the first phase of a dual concept: Coast Range and Vaquero Bar. The latter is a charming watering hole serving elevated drinking snacks, from pristinely fresh crudo to pig’s-ear “Cheetos.” It’s already earning accolades as one of the best bars in the country.

The former, opening this summer, will be a casual cafe by day, with the perfect pastries Carson is known for. By night, it will be a beautiful steak house. The adjoining spots are exciting additions to the dining scene in Solvang, a town that has long been known more for its windmill kitsch but is seeing more and more serious cooking.

Carson, who still has projects in the works elsewhere, including in L.A., is loving living in the country. “It’s just breathtaking,” he says. “You drive over the pass on 154 coming up from Santa Barbara, and as soon as you get to the top, it all opens up in front of you. It’s unbelievable that places like this exist.”

Other Can’t-Miss Spots in the Santa Ynez Valley

Coast Range and Vaquero Bar are hardly the only exciting new restaurants in the Santa Ynez Valley. Here are four more to try.

This bustling newbie’s menu is evolving, but whatever husband-and-wife team Michael and Sarah Cherney do, they do with care. The house-smoked pastrami salmon sandwich is great wine-tasting picnic fare. 487 Atterdag Rd., Solvang.

The Tavern at Zaca Creek

With its rustic-luxe setting, and a menu full of indulgences—caviar lasagna, buttered rock crab—eating here feels like an occasion. Make it one by booking a room at the romantic adjoining inn. 1297 Jonata Park Rd., Buellton.

RELATED: 45 Perfect Weekend Getaways In and Around L.A.

Stay up to date with everything you need to know about L.A. by following us on Facebook and Instagram.

Looking for holiday gift inspiration? These 11 gift ideas — all Bay Area made or inspired — offer all sorts of ways to help your favorite foodie, … END_OF_DOCUMENT_TOKEN_TO_BE_REPLACED

Well, anything that French wines can do, the muscadine can do better. Studies at Mississippi State University indicate that two fluid ounces of … END_OF_DOCUMENT_TOKEN_TO_BE_REPLACED

When decision-makers consider implementing Internet of Things (IoT) solutions, they typically want assurance that their investments will pay off and … END_OF_DOCUMENT_TOKEN_TO_BE_REPLACED