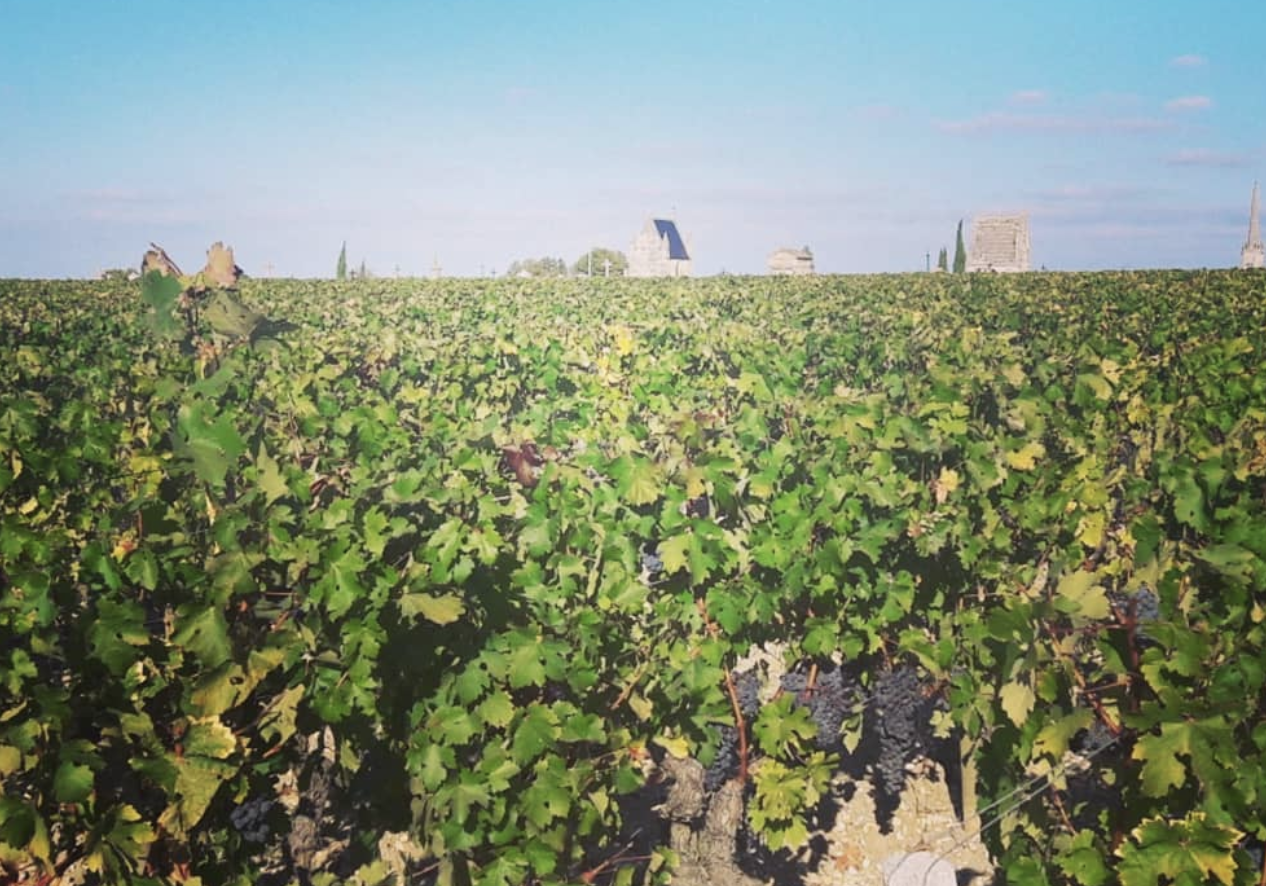 Ireland has produced some of the world’s finest alcoholic beverages – except in the wine domain.  But some Irishmen went abroad to do so! We recount the deep Irish connections of winemaking around the world.

When it comes to beverages of the highest quality, the Irish can claim a long and proud history. After all, we have given the world some of its finest whiskeys and its most famous dark beer. More recently cream liqueur took its first steps to world domination on Irish shores. But wine? Hardly. Our verdant landscape may be home to some of the most fertile lands in the world, but an irritating lack of sunshine has ensured that the vine has never found a home here.

Scratch a little deeper, however, and you will find that while no wine is directly produced in Ireland, Irishmen have a long history in the business of making wine, most particularly in the region that can lay the strongest claim to being called the world’s wine capital: Bordeaux.

Barton, Clarke, Dillon, Johnston, Kirwan, Lawton, Lynch, MacCarthy, Phelan, Quinn… It is a roll call that stretches back over the centuries, but it is not set in aspic, it is far from just a wonderful historical record of which we can be proud but which carries no resonance today. The first and last, Anthony Barton and Lochlann Quinn, are both native-born Irishmen. While Barton’s family links with Bordeaux (see below) can be traced back over two hundred years, Quinn’s involvement is very much of the 21st century. A successful businessman and always a keen wine lover, Quinn had been searching on and off for a château since the late 1980s. He finally settled on Château de Fieuzal and completed the purchase in 2000.

Fieuzal lies to the south of the city of Bordeaux, in the Pessac-Léognan appellation (still referred to by many wine lovers as Graves). Unlike many such properties, it does not boast an eye-catching, be-turreted château that is heaven to look at – and hell to heat in winter. Instead, the buildings are long and low and are about to be substantially extended and improved.

The result will be a whole new winery, much of it underground. In charge of these developments is winemaker Stephen Carrier, who cut his teeth at Lynch-Bages and also at the highly regarded Newton Vineyards in California. He positively tingles with excitement when talking about the plans and it is hoped that everything will be in place and running smoothly in about two years’ time.

Anthony Barton was born in what is now  The K Club, the venue for the 2006 Ryder Cup. These days his home is far from there, though the surroundings of the beautiful Château Langoa-Barton in Bordeaux’s St Julien appellation are probably even more enchanting. In the 1855 classification of the châteaux of the Médoc, Langoa is rated as a third growth and it has been in Barton’s family since 1821. This makes it the property with the longest history of continuous ownership by the same family.

Further luster was added when, in 1826, Château Léoville-Barton was purchased by Anthony’s ancestor, Hugh Barton. Though rated higher in quality, Léoville is simply a vineyard, lacking winery buildings or château, and both wines are made at Langoa. For the past few years Anthony’s daughter, Lilian, has been in charge, though her father would still be acknowledged by many as the unofficial head of the worldwide tribe of Irish ‘Wine Geese’.

Perhaps the most Irish of all wine estates is Domaine des Anges in the Côtes du Ventoux, which boasts both an Irish owner, Gay McGuinness, and an Irish winemaker, Ciaran Rooney. Des Anges lies almost in the shadow of the haunting Mont Ventoux, which regularly provides one of the cruelest tests of all for competitors in the Tour de France. From a distance, however, it provides a splendid backdrop to the vineyards, as well as promoting very welcome cool breezes that help to ameliorate the baking heat of the summer sun.

Rooney trained in South Africa before cutting his winemaking teeth at some highly regarded wineries, including Cakebread in California. Perhaps the strongest evidence of Irish involvement at des Anges, however, is the welcome afforded to visitors, for it is possible to spend part of your vacation here, staying in one of the houses that are available for rent, sipping the house wine by the pool and planning, but only planning, to conquer Mont Ventoux on two wheels in the morning.

Australia can claim a host of Irish vinous connections, some a little more tenuous than others, it has to be said. No such caveats cloud the ‘provenance’ of Clairault Estate in Western Australia. Here, Bill Martin and his family have been at the helm since purchasing the property in 1999. Martin left his native Athlone over three decades ago and, after a successful career in the food industry, went in search of new challenges in the world of wine.

Clairault had been founded in 1976 and, although reasonably successful in its early years, it was raised to a completely new level once Martin got into his stride. The vineyard area was expanded four-fold and, potential visitors to the region take particular note, an excellent cellar-door restaurant was added to replace a rather humdrum café.

Little of the effort required to achieve such improvements comes across as Martin describes the developments (and future plans) in an easy-going and affable fashion. He travels the world promoting the Clairault wines, though one senses that the twinkle in the eye turns to an outright sparkle when he lands back home to preach the Clairault gospel.

In just about every field of human endeavor, Ireland can boast strong connections with the United States, and wine is certainly no exception. One estate with strong links is Chateau Montelena, owned by Jim Barrett, whose mother and father were both Munster folk. Montelena shot to fame in 1976 when, in perhaps the most fabled wine tasting ever held, it was judged to be the best Chardonnay, beating a quartet of France’s finest in the process. To rub salt in the wound all the judges at the tasting were French! Even now, over 30 years later, mention of the tasting is likely to prompt heated debate amongst wine lovers, and only last year it was the subject of a feature-length film, Bottle Shock.

Barrett is far from being the only man of Irish descent with close associations to the Californian wine industry. Indeed, the roll call is almost as impressive as Bordeaux’s: Allen, Collins, Kennedy, Lynch, Murphy, O’Brien, O’Reilly… all have their own story to tell, but perhaps the one that deserves repeating above others concerns Concannon Vineyard in Livermore Valley.

Founded in 1883 by James Concannon, who was born on the Aran Islands, the winery is now run by his grandson Jim. Grandfather was an enterprising and energetic man and, once he had bought the land for his vineyard and built a house on it, he headed for Europe in search of vine cuttings. Nothing but the best would do for him, and the cuttings he returned home with came from Château dYquem, then and now regarded as possibly the very best producer of sweet wine in the world.

Since then Concannon has gone from strength to strength and in 1959 the estate was recognized as a historical landmark. Successive generations of the family have never lost sight of their Irish links, and these were cemented in the finest style possible during the state visit of President Ronald Reagan to Ireland in 1984. He famously enjoyed a pint in a pub in Ballyporeen, but what is less well known are details of the gift he carried with him from the United States for the Irish Taoiseach (prime minister), Dr Garret Fitzgerald.

It was a giant, six-liter bottle of Concannon (equivalent to eight normal bottles), which was, quite sensibly, kept for another day rather than being broached on the spot. Not bad for an Aran Island boy.

Are you planning a vacation in Ireland? Looking for advice or want to share some great memories? Join our Irish travel Facebook group.

Home Videos The WORLD of WINE – Wine News. Cheap wine, tasting notes and cooking with wine The World of Wine – May 2021 … END_OF_DOCUMENT_TOKEN_TO_BE_REPLACED

How to visit Napa Valley on a Budget. In this video Carson and I explain a few ways to enjoy Napa on the cheap. Tip and advice about how to visit Napa … END_OF_DOCUMENT_TOKEN_TO_BE_REPLACED

Home Videos Get To Know Argentina Wine | Wine Folly If you love Malbec, Argentina is your ultimate wine region. But that’s not … END_OF_DOCUMENT_TOKEN_TO_BE_REPLACED