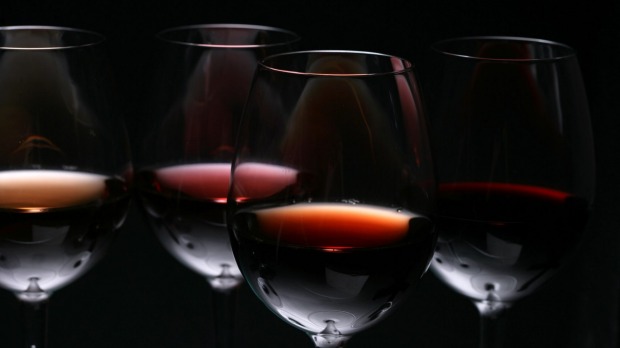 In northern Italy last week, I tasted a crisp, earthy white from the bellone grape and a violet-scented red, recantina. I’d never even seen a wine from either grape before. Trust me, it’s only a matter of time until these come to a restaurant near you – they’re that good.

The current flood of delicious wines made from little-known grapes such as these can’t compete with floods of rosé being poured everywhere in the northern hemisphere, but the vogue for exotic varietals is a trend that just keeps growing.

So if you’re hopelessly fixated on the top 10 international classics, such as cabernet, pinot, and chardonnay, you’re missing out on the latest wine-world thrills (and bargains).

Bear in mind that what’s considered an “obscure” grape evolves pretty quickly. For example, Assyrtiko from Santorini burst onto the scene a couple of years ago and is now part of the popular mainstream. Curious drinkers bored with last year’s “in” grapes (such as Corsican sciaccarellu) needn’t worry. Among the new wave of hot grapes making tracks in the United States are a host of light-bodied, aromatic reds and crisp floral whites with such names as trepat, pecorino, ruché, and gringet.

The flood continues because young, adventurous winemakers in France, Italy, Greece, Spain, and elsewhere keep discovering long-lost grapes, rescue them from extinction, and then turn them into wines that expand our taste horizons. Italy alone is home to about 1,000 varieties; the Ministry of Agriculture has catalogued 350 principal ones.

I put together my picks below after reviewing dozens of wine lists as a judge for the annual World of Fine Wine awards, by canvassing cutting-edge sommeliers on their latest finds, and, of course, tasting to determine which hot grapes with a following are really worth paying attention to.

Not only is the name of this Italian grape from Abruzzo and the Marche easy to pronounce, pecorino is also one of the country’s wine success stories of the 21st century. It was once abandoned in favour of varieties that produce bigger grape yields, but two winemakers brought it back, and now everyone wants to plant it. The wine most resembles a crisp, fruity sauvignon blanc.

A rare Piedmontese white with complexity and the structure to age, nascetta originated in the town of Novello. Ignored for years, it’s now championed by a passionate group of top producers, such as Barolo maestro Elvio Cogno. Eric Guido, wine director for Morrell’s, says it’s in a prime position to gain traction quickly.

Burgundy’s other white grape is crisper and edgier than the region’s familiar chardonnays. Once just a key ingredient in kir cocktails (add a dash of creme de cassis), it’s now making a big splash on its own, with superstar Burgundy domaine Coche-Dury and the co-owner of Domaine de la Romanée-Conti in the game. Caleb Ganzer of New York wine bar Compagnie des Vins Surnaturels, which pours six examples, says they’re the affordable way to drink wines from Burgundy’s best winemakers.

Get the latest news and updates emailed straight to your inbox.

The mountainous Savoie region of eastern France is getting a lot of buzz right now for its alpine varieties. One of them, Gringet, was brought back from extinction by Dominique Belluard, whose vineyards are at the foot of Mont Blanc. Pascaline Lepeltier of Rouge Tomate is one of many of its champions in the New York sommelier world.

This Piedmontese grape was saved by a parish priest, who cultivated vines in a tiny plot in the town of Castagnole Monferrato. Its recent revival has now pushed up local vineyard prices. Jeff Porter, wine director for the Batali and Bastianich restaurant group, says this is one of several his somms are hot on. The wines fit the zeitgeist demand for light to medium-bodied reds that can be served slightly chilled.

If you like pinot noir, you’ll go for nerello mascalese, boosted by the current obsession with wines from the slopes of Mt Etna. Ten years ago, only five or six producers on Mt Etna were making reds from this grape; now there are more than 60. The wines are fresh and perfumed and earthy, like pinot, but with a wilder taste, and the grape also makes superb rosé.

Home Videos The WORLD of WINE – Wine News. Cheap wine, tasting notes and cooking with wine The World of Wine – May 2021 … END_OF_DOCUMENT_TOKEN_TO_BE_REPLACED

How to visit Napa Valley on a Budget. In this video Carson and I explain a few ways to enjoy Napa on the cheap. Tip and advice about how to visit Napa … END_OF_DOCUMENT_TOKEN_TO_BE_REPLACED

Home Videos Get To Know Argentina Wine | Wine Folly If you love Malbec, Argentina is your ultimate wine region. But that’s not … END_OF_DOCUMENT_TOKEN_TO_BE_REPLACED