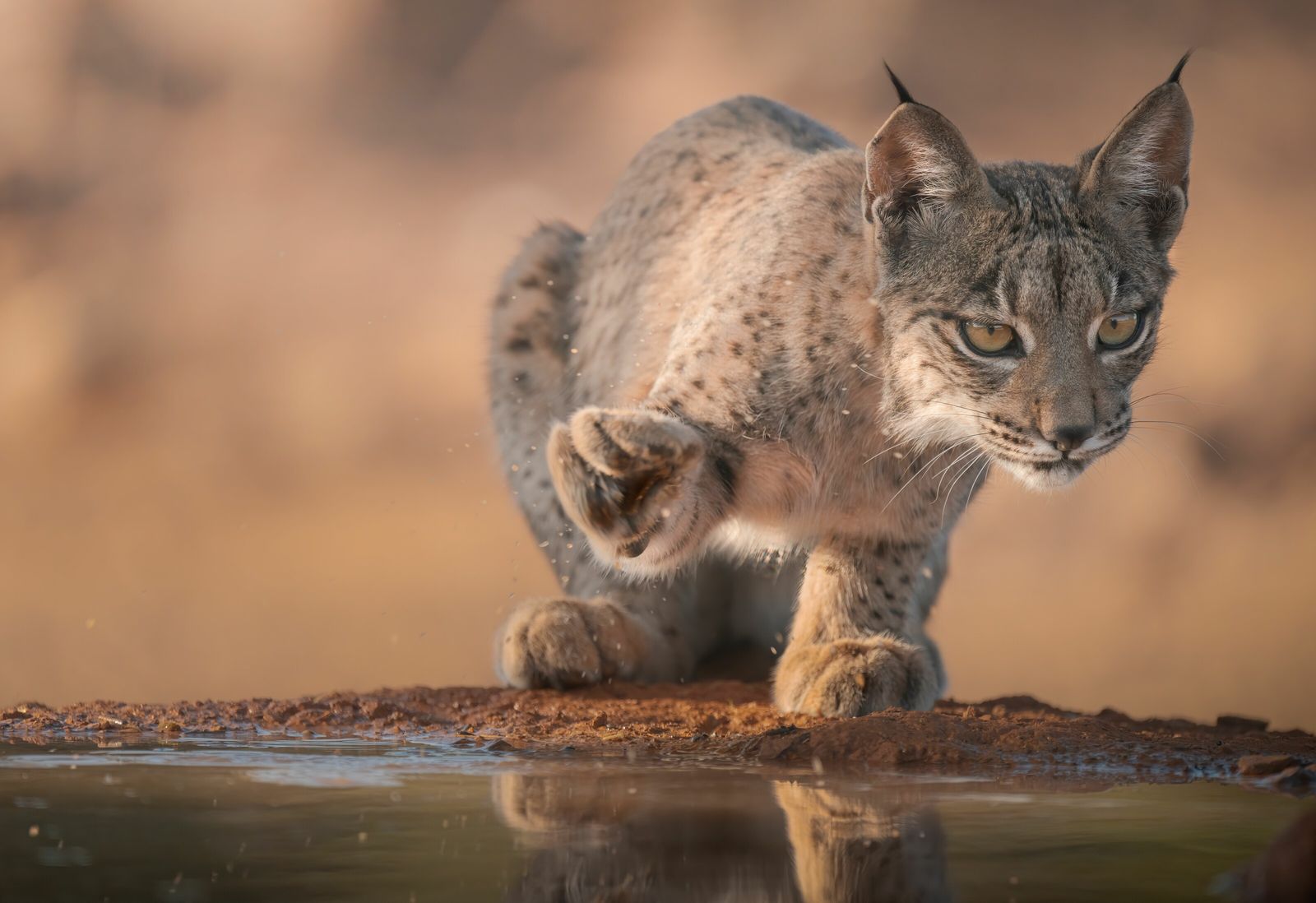 The Iberian lynx is among the world’s most endangered and reclusive feline species. Spain’s remaining population of around 400 live in the scrublands and oak forests of the Sierra Morena range, where their main diet is rabbits. Eco-tour operators Wild Andalucía and Birds & Lynx Ecotourism run safaris that venture deep into wildcat territory from the town of Andújar, mainly in winter, when the lynx are most active during daylight hours. Expert guide Álvaro Peral rates the chance of a sighting at about 50%, but you’ll see other wild residents of this tough, gorgeous country, from red deer to Spanish imperial eagles.

2. Visit the sets of Spaghetti Westerns

Italian directors felt Spain’s Tabernas Desert resembled the US wild frontier closely enough for it to double as a filming location for classic Westerns — thus spawning the ‘spaghetti Western’ genre. Of several vintage movie sets preserved as visitor attractions, Fort Bravo offers the most adventurous day out, accessed by a dusty trail through a badland of canyons and cacti. Spaghetti Western buffs will also get a kick out of Western Leone, which hosts cowboy stunt shows against a backdrop of saloon and jailhouse facades built for Sergio Leone’s 1968 masterpiece, Once Upon A Time In The West.

3. Ride and dine in the land of jamón

Between Seville and the Portuguese border is Extremadura’s vast dehesa forest, where you can comfortably cross grassy valleys and gently rolling pastures on horseback with Hidden Trails. You’ll also ride through woodlands thick with holm oak trees, which drop acorns eaten by free-roaming black Iberian pigs, which in turn make the region’s jamón ibérico such a delicacy. The growth of local gastro-tourism also allows you to meet and eat with producers on their farms and sample some of the world’s most expensive artisanal hams.

Actors on set in the Tabernas desert in Andalucia, where Italian director Sergio Leone filmed his Spaghetti Westerns. Travellers can visit the well-preserved film sets, designed to emulate the dusty desert towns of the American Wild West.

4. Drift down the Ebro

The Ebro River, crossing Cantabria, Aragon, and Catalonia, is well-suited to a self-guided tour by kayak or canoe with Paddle in Spain. A three-day paddle from the horseshoe bend at Flix (the site of a key Spanish Civil War battle) to the wetlands of Delta de l’Ebre Natural Park will take you past Templar fortress Miravet Castle and dam-drowned village Fayón Viejo, where the current eases up, letting you to float gently around the partly submerged, 16th-century chapel tower — all that’s left above the waterline.

5. Discover the ‘sea of lavender’

In summer, central Spain heats up like a skillet, causing many to escape to the cooler coastal margins. Across Guadalajara province, however, locals stick around to harvest the lavender that reaches full bloom in July and August. A road trip or guided tour with Hispanorama Tours & Incentives through the empty interior brings you to the aromatic flower fields of Brihuega, where the sunset turns the world to a purple haze. Villagers produce lavender honey and essential oils, and mid-July sees a monumental harvest festival, with concerts taking place around the village Malacuera.

Efforts by conservation organisation Fundación Oso Pardo have led to an increase in the number of brown bears in the Cantabrian mountains, supplemented by proceeds from eco-expeditions with Wildwatching Spain. You can catch glimpses of the bears on the oak- and heather-covered slopes bordering the village Cangas Del Narcea — usually in the post-hibernation months of April and May. Visitors can also head out on wine tours through the terraced grassland vineyards a little lower down, where estates like Bodega Monasterio de Corias and Bodegas Vidas grow outstanding regional grapes (white Albarín, red Verdejo).

Published in the June 2021 issue of National Geographic Traveller (UK)

Home Videos The WORLD of WINE – Wine News. Cheap wine, tasting notes and cooking with wine The World of Wine – May 2021 … END_OF_DOCUMENT_TOKEN_TO_BE_REPLACED

How to visit Napa Valley on a Budget. In this video Carson and I explain a few ways to enjoy Napa on the cheap. Tip and advice about how to visit Napa … END_OF_DOCUMENT_TOKEN_TO_BE_REPLACED

Home Videos Get To Know Argentina Wine | Wine Folly If you love Malbec, Argentina is your ultimate wine region. But that’s not … END_OF_DOCUMENT_TOKEN_TO_BE_REPLACED