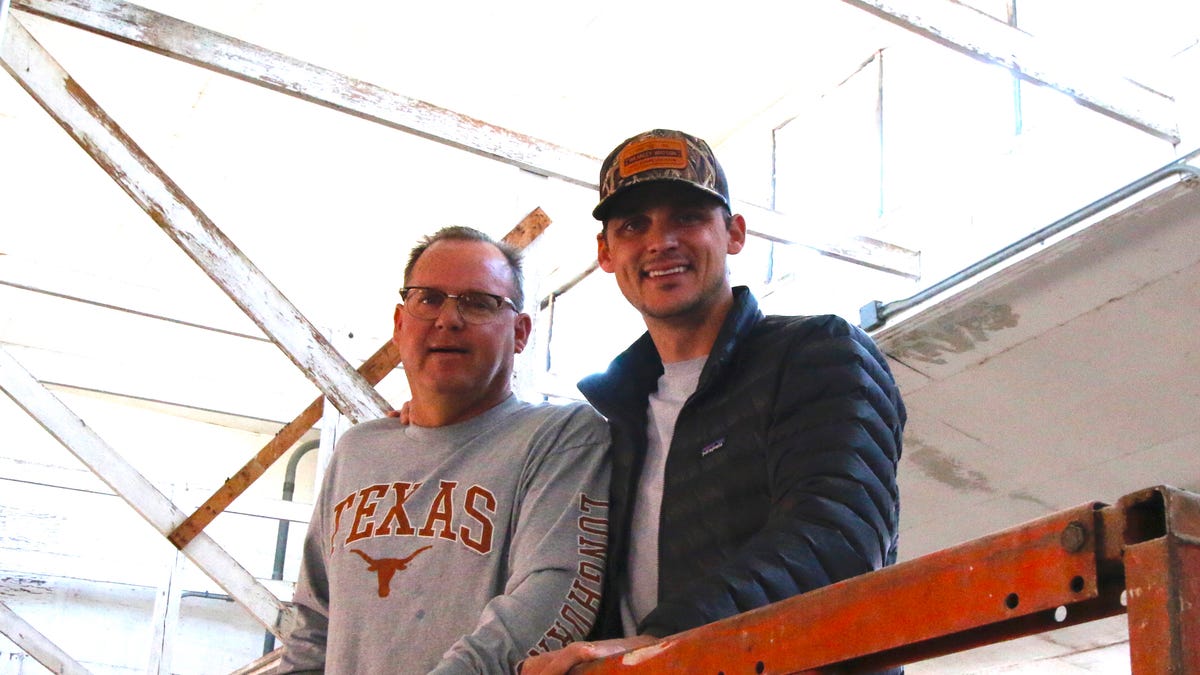 The to-do list to finish Shaw’s Marketplace in downtown Brownwood is getting shorter, and co-owner Matt McCrane said the hope is for a July Fourth opening.

Shaw’s Marketplace, at 508 N. Center, will open in the facility that previously housed Shaw’s Laundry. The building has been vacant since the laundry closed six years ago, and is undergoing extensive renovation to prepare it as the marketplace.

McCrane, his wife Megan, and McCrane’s parents, Steven and Lori McCrane, are the co-owners of Shaw’s Marketplace, which will open as a shopping and community market in Historic Downtown Brownwood, the Shaw’s Marketplace Facebook page states.

Lizzie McCrane, who is Steven and Lori’s daughter, is handling graphic design and social media for Shaw’s.

Vendors will consist of local artisans, quality goods, food and entertainment, and it will include a restaurant and candy store.

The owners of the Shuga Pops candy store in DeLeon will open a store at Shaw’s Marketplace, Steven McCrane said.

“They’re down here doing a lot of work now,” McCrane said Thursday morning. “We’ve got the concrete going outside, we’ve got the electricians in working, we’ve got the painters in, painting on scaffolding …”

Vendors who are interested in setting up in the marketplace are welcome to contact Shaw’s at shawsbrownwood@gmail.com.

Vendors can email their business name and the types of items they sell, along with their contact information. “That way we can send them the vendor packet,” Megan McCrane said. “We can send them a floor plan. They can kind of get an idea if Shaw’s would be the right fit for them.”

Matt McCrane did not disclose the name of the restaurant that’s coming to Shaw’s pending a signed contract, but said it will be “a chain restaurant that people are familiar with, and it’s something that Brownwood needs.”

The McCranes want Shaw’s Marketplace to be a place where people can “stay a couple of hours and shop and eat and hang out with their kids,” McCrane said. “We want it to be family friendly, family oriented, a place for kids to hang out and play in the back yard.

“We’ve always said that it’s not going to be your typical artisan market. We want it to be small businesses where people can come in, build their business up and move to a new location when they want to do that. It’s exciting to see small business grow in Brownwood because we need more of that.”

Steven McCrane added, “We’ve had a very positive response from the community. It’s exciting. The city, BMDD (Brownwood Municipal Development District), the county, everybody’s been real supportive and helpful and wanting to make this happen.”

The business plan for Shaw’s Marketplace “is a blended model of a small business incubator and an indoor/outdoor market. Potential tenants could rent a small space inside the facility to have regular hours of operations,” the BMDD explained earlier.

It would work as “a great transition from some home-based businesses or smaller businesses in other towns that want to have an easy entry point into the Brownwood market,” the BMDD said.

“The McCranes envision that businesses such as bakeries, ice cream shops, clothing retail, antiques shops, candy stores, wine tasting rooms, and many others would be the types of businesses they would work to have as tenants.”

The McCranes want to model this to a similar concept called the Hico Mercantile that has been very successful. They also plan to use some of the outdoor space for special events such as open-air markets, the BMDD said.

Home Videos The WORLD of WINE – Wine News. Cheap wine, tasting notes and cooking with wine The World of Wine – May 2021 … END_OF_DOCUMENT_TOKEN_TO_BE_REPLACED

How to visit Napa Valley on a Budget. In this video Carson and I explain a few ways to enjoy Napa on the cheap. Tip and advice about how to visit Napa … END_OF_DOCUMENT_TOKEN_TO_BE_REPLACED

Home Videos Get To Know Argentina Wine | Wine Folly If you love Malbec, Argentina is your ultimate wine region. But that’s not … END_OF_DOCUMENT_TOKEN_TO_BE_REPLACED