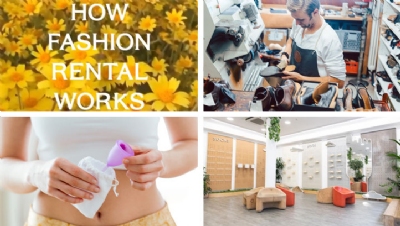 Often, when businesses make resource efficiency commitments, they stop short of committing to shifting to business models that will see them selling fewer products. But why – and which businesses have overcome this challenge?

Rental, repair, reuse and other services could help reduce overconsumption

The Ellen Macarthur Foundation’s circular economy principles are brief and clear: designing out waste and pollution, keeping products and materials in use and regenerating natural systems.

For many businesses, the interpretation of the first principle has centred around developing products that take less raw material to create and which do not contain the most problematic materials. Clarks, for example, prides itself on its new shoes with zero glue and a minimal number of pieces. Ribena is removing plastic straws, making bottles lighter and making bottle labels smaller. Most supermarkets in the UK have phased out hard-to-recycle black trays on ready meals.

But, with humanity extracting 100 billion tonnes of raw natural materials each year – just 9% of which are likely to be truly re-circulated – this incremental approach may no longer be enough to set us on course for ‘one-planet living’. As of 2019, humanity was using 1.75 planets worth of resources every year.

As sustainable fashion thought leader Aja Barber wrote in a recent Instagram post: “2021 is all about discussing scale.

“The reason we don’t talk about scale is because brands are notoriously secretive about the numbers of [products] they produce daily and annually…I suspect this is because if the general public knew, we’d grab our pitchforks.

“One brand currently has 14,005 styles of just dresses for sale. That’s just the styles. Low estimate … they sell 100 of each style a day. Now, how many dresses is that alone?”

Some businesses have sought to overcome the overconsumption challenge – by mimicking Patagonia’s famed ‘Do Not Buy This Coat’ advertisements. This campaign ran on Black Friday 2012 and simply asked people not to buy the brand’s products unless they truly needed them. Brands that have since taken a similar angle include KLM, which, in 2019, asked travellers if they would prefer to take the train or use video conferencing.

It’s clear that businesses which truly want to support the transition towards slower consumption will need to go further than a standalone ad campaign. Here, edie provides case studies from some of the brands which have done just that, building in new business models that are financially viable while also reducing resource consumption.

For several kinds of products, rental is becoming an increasingly lucrative model.  GlobalData estimates that the UK’s rental market value will reach £2.3bn by 2029 with one of the biggest winners being fashion. The early signs of success are promising; By Rotation saw a doubling of app users between March and September 2020, while competitor HURR secured a deal with Selfridges that will help it to scale up significantly.

1. Reduce textile waste.
2. Access to designer pieces at a lower price.
3. Try a new trend, without the commitment.
4. Discover a new designer.
5. Think beyond a fashion’s seasons.

Rental is also being rapidly adopted across the automotive industry. Zipcar, the UK’s biggest car-sharing club, now has more than 3,000 vehicles. Automakers are directly trialling car-sharing clubs in other markets, like Volkswagen’s new offering in Germany, and UK rollouts could be on the cards for the near future. This is particularly likely, in light of the UK’s 2030 ban on new petrol and diesel car sales and its 2050 net-zero target, given that transport is the nation’s most-emitting sector.

Aside from fashion and transport, there is a clear gap in the market for the rental of goods that are infrequently used – such as power tools and painting and decorating equipment. Communities in places including Oxford and Crystal Palace are able to loan such items from ‘Libraries of Things’ run by community groups.

The drivers of rental go beyond the fact that consumers are now more aware of the environmental impacts of businesses – many, particularly Millennials and younger generations, are renting over buying property, and do not want to own as many items, on account of frequently moving or having less space. Some buy-to-rent developers also give tenants the option to rent things like TVs, smart speakers, furniture and kitchen goods for the duration of their contract. Rental services are also being piloted and scaled by a handful of big-name homeware businesses including Ikea and John Lewis & Partners.

Repair models have, perhaps, not gotten as much media coverage as rental in recent times – bar mentions of repeated requests to the Government for enabling policies, like VAT breaks or better skills and education provisions.

These models are not new; cobblers and clothes repair services have been commonplace on the high-street since Victorian times. However, bespoke repair and restoration services are becoming increasingly popular for luxury goods, including handbags and shoes, as well as electronics and electricals.

On the former, fashion platform Farfetch has seen great success with its partnership with the Restory and its associated ‘Second Life’ service, which enables shoppers to sell used designer bags for store credit and provides a pre-resale repair and certification service. Repair services are also offered by brands such as Burberry and Levi Strauss.

Well, this is exciting! Congratulations to @TheRestory_ who has just launched a partnership with @farfetch 👏 High-quality restoration service for your wardrobe! https://t.co/0J14kGDzyv pic.twitter.com/7Fnh8d0tvH

On the latter, e-waste is the fastest-growing domestic waste stream, and manufacturers are under increasing pressure from the UN, national governments and consumers to design products that last a long time – and offer comprehensive repair services.

Of course, rental and repair will never be suitable for products that are only designed to have a short lifespan.

Much has been said in recent months about the need for greater uptake of reusable and refillable packaging by major retailers. While big names like Marks & Spencer, Waitrose and Procter & Gamble are all trialling these models, the Ellen MacArthur Foundation estimates that they account for just 2% of the global packaging market.

There are also products that have been designed to replace non-packaging disposables, such as reusable period underwear and menstrual cups, designed to mitigate plastic waste from sanitary towels and tampons. Green campaigners and the makers of such products are currently petitioning to scrap VAT, in line with the VAT cut for disposables.

Other reusable alternatives to disposables include tried-and-tested products like reusable handkerchiefs, coffee cups and washcloths, and more innovative products, like LastObject’s reusable q-tip. The swab is made from TPE and PP and stores in a bioplastic-based carry case.

Before Covid-19, businesses offering services and other experiences were thriving – largely because of the changing consumer habits of Millennials and Gen Z. One 2018 poll found that almost eight in ten Millennials (those born between 1980 and the late 1990s) would rather spend disposable income on an experience or event than on a physical item they find desirable. Most of the respondents said that they felt a greater sense of connectivity and belonging by allocating their money in this way.

Many businesses which typically deal in ‘stuff’ were keen to respond to this trend. Macy’s testing yoga lessons in its flagship New York Store and Allbirds hosting workshops and live music sessions are just two examples of retailers which used their space to offer experiences. At the same time, more businesses were founded with the sole purpose of offering experiences, like Tinggly, which sells coupons for events ranging from boat rides to beekeeping.

Of course, lockdown restrictions have proven particularly challenging for businesses that depend on the gathering of groups in person. The Meetings Industry Association estimates that 126,000 jobs across 800+ venues were lost in the UK between March and July 2020 in spaces like event catering and event management.

However, some event and experience providers have shifted online. It has, over the past 12 months, become increasingly easy to find all kinds of experiences, from escape rooms, to wine tasting nights, to drag queen performances, in online formats. Several experts believe that businesses could offer a ‘hybrid’ approach going forward, either offering both digital and physical places at the same events, or hosting small events in-person and larger events online. This has already been trialled by several of the UK’s major literature festivals and by some musicians.

In any case, the post-Covid-19 future of experience-based UK businesses looks better than it has done for some time, given that the roadmap for exiting lockdown is going to plan. If experiences aren’t able to return to the ‘old normal’ for some time yet, there are potential solutions. Socially distanced concerts, for example, have been facilitated at Gosforth Park in Newcastle, with attendees standing on separate elevated platforms that they could only share with household or support bubble members.

What are your thoughts on socailly distanced concerts? 🤔

Let us know in the comments!

Home Videos The WORLD of WINE – Wine News. Cheap wine, tasting notes and cooking with wine The World of Wine – May 2021 … END_OF_DOCUMENT_TOKEN_TO_BE_REPLACED

How to visit Napa Valley on a Budget. In this video Carson and I explain a few ways to enjoy Napa on the cheap. Tip and advice about how to visit Napa … END_OF_DOCUMENT_TOKEN_TO_BE_REPLACED

Home Videos Get To Know Argentina Wine | Wine Folly If you love Malbec, Argentina is your ultimate wine region. But that’s not … END_OF_DOCUMENT_TOKEN_TO_BE_REPLACED