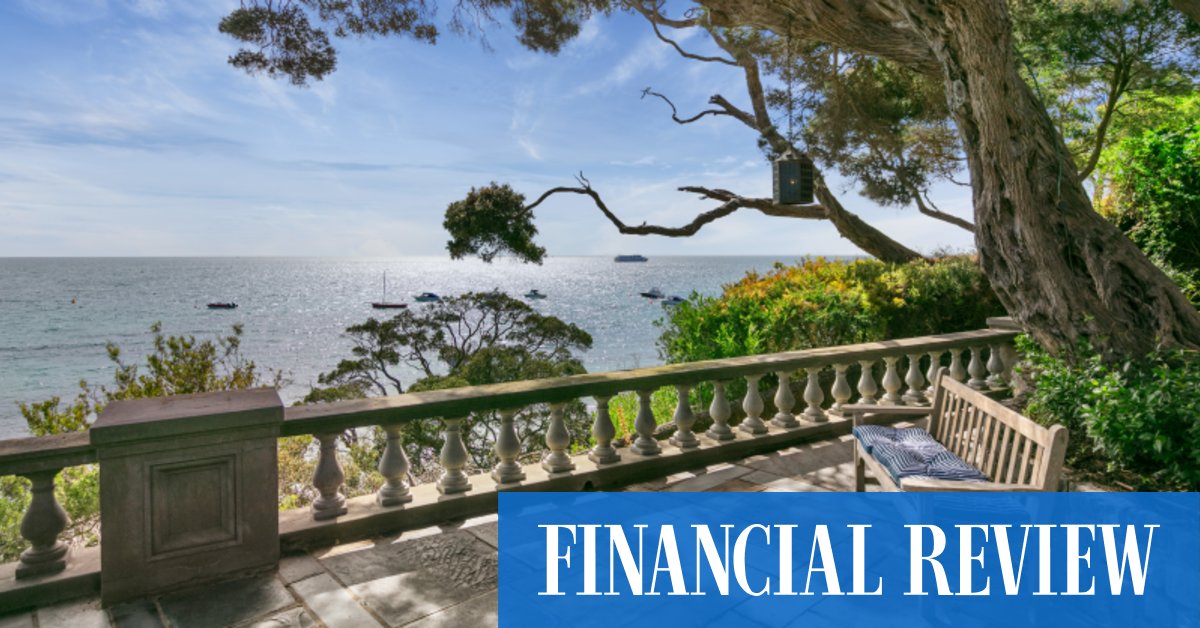 The number of properties valued at more than $2 million ranges from around 11 per cent in Sydney to well under 1 per cent in Darwin, the Australian Capital Territory and Adelaide, according to analysis by research house CoreLogic.

In some cities, such as Melbourne, there was a fall in the number of top-end properties sold during 2020 as markets were stymied by COVID-19 lockdowns and buyer nervousness, its research shows. Brisbane posted the biggest gains, with an increase in sales of around 18 per cent.

But 12 months later even Toorak houses described by buyers’ agents as “C-grade mansions” are selling for more than $30 million following dozens of private inspections and several offers, according to agents.

‘Top-end vendors holding their properties for a higher price are being rewarded,” says Emma Bloom, a buyers’ agent at Morrell and Koren.

“The market is catching up for vendors holding out for a dream price,” says Bloom, who estimates Toorak prices have risen 20 per cent in the past six months. “Some vendors are even raising prices.”

For example, a two-storey Victorian mansion in Grandview Grove, Prahran, about five kilometres south-east of Melbourne, has just had its price raised from $14.5 million to $15.5 million, despite having been on the market for about 15 months.

It’s a similar story around the nation’s other gilt-edge postcodes.

In the Adelaide Hills, about 30 kilometres north-east of Adelaide’s central business district, there is strong demand for lifestyle properties with acreage, views and proximity to the city, says Dee-Anne Hunt, who specialises in lifestyle for Williams Real Estate.

“People moving from other states, and expats, is a huge part of the market,” says Hunt.

Every day I think demand is going to slow. But it is continuing.

Donna Whitehead, a director of Perth’s Harcourt Elite, says the local market is “exceptional”. “Everything is selling,” she says. “It doesn’t matter whether it is a $300,000 house in the outer suburbs or $10 million mansion.”

Demand for mansions in traditional prestige summer holiday retreats, such as Victoria’s Portsea and Sorrento, has continued through the traditional summer months into autumn, says Liz Jensen, director of Kay & Burton, a real estate agency in Portsea.

“Every day I think demand is going to slow,” Jensen say about the traditional autumn/winter sales hiatus. “But it is continuing.”

The elite rich are looking for luxury addresses within commuting distance of central business districts where they can holiday – or work – during the pandemic, particularly while overseas holidays are still banned.

Fear of missing out and big sharemarket gains, particularly among the freshly minted high-tech owners of publicly listed companies, are helping to drive demand.

Unlike other sectors of the market, slight moves in rock-bottom interest rates or government incentives have little impact on the market’s top 1 per cent, which is reserved for properties valued at $5 million or above.

But the top end is emulating the soaring confidence and prices overtaking the rest of the market, as demonstrated by Herron Todd White’s national property clock, which shows most of the nation’s key residential markets – except Wodonga – heading to peaks.

Retail investors in residential property have traditionally had an edge over their institutional counterparts because of more favourable tax treatments, such as negative gearing and capital gains tax exemptions.

Exposure to residential real estate is about 5 per cent of the S&P/ASX200 A-REIT index. It is dwarfed by discretionary retail, industrial and office listed assets on the ASX.

By contrast, residential property accounts for about 25 per cent of institutional property investments in the US and UK, according to analysis by Atlas Funds Management.

ASX-listed residential property developers, such as Mirvac and Stockland, who develop and sell houses, are popular with investors seeking exposure to the residential markets.

US property platform Greystar, Canada’s Oxford Properties and ASX-listed Mirvac are committing to projects in the nascent market that could create opportunities for retail investors.

Investors seeking to diversify their portfolios and boost income from property can earn around 6 per cent to 8 per cent on residential mortgage trust portfolios and up to 15 per cent on commercial property, but need to beware of the risks.

The funds are suitable for a portion of fixed interest allocation, which typically constitute around 35 to 40 per cent of a balanced portfolio, according to financial advisers.

Other ways for home owners to generate income from their properties range from equity release schemes, offered by Household Capital, P&N Bank and heartland Seniors Finance, through to home reversion plans, which involve selling a proportion of the future value of a home while the owner continues to live there.

There are also plans that involve selling “fractional” shares of a property to investors in return for a lump sum or regular payment. The major providers are DomaCom and BrickX.

Home Videos The WORLD of WINE – Wine News. Cheap wine, tasting notes and cooking with wine The World of Wine – May 2021 … END_OF_DOCUMENT_TOKEN_TO_BE_REPLACED

How to visit Napa Valley on a Budget. In this video Carson and I explain a few ways to enjoy Napa on the cheap. Tip and advice about how to visit Napa … END_OF_DOCUMENT_TOKEN_TO_BE_REPLACED

Home Videos Get To Know Argentina Wine | Wine Folly If you love Malbec, Argentina is your ultimate wine region. But that’s not … END_OF_DOCUMENT_TOKEN_TO_BE_REPLACED