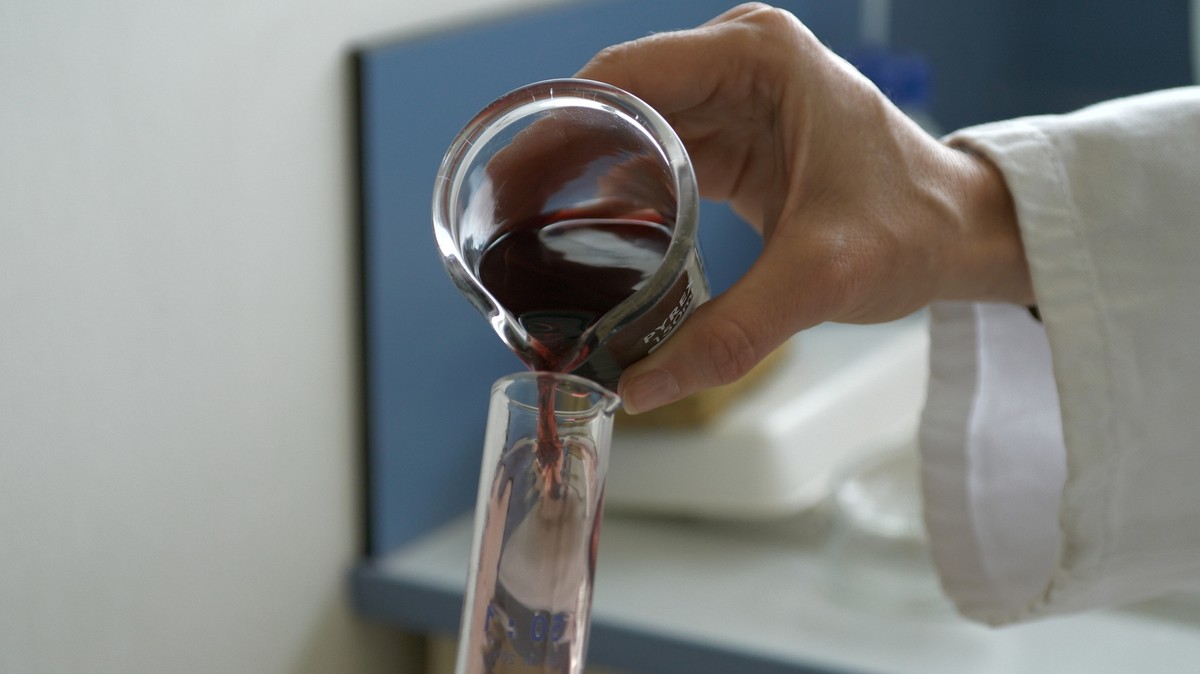 As human obsession with space has evolved over time, we’ve had dogs, chimpanzees, and even pizza sent into space. Joining this coveted list now are wine bottles that have just returned after spending 14 months in space.

In November 2019, American aerospace manufacturer and space transport services company, SpaceX, launched 12 bottles of wine into space as part of an experiment. The wine bottles left Earth along with Merlot and Cabernet Sauvignon grapevines to make their way to the International Space Station (ISS). Space Cargo, the European startup behind this project, claims that this was part of an experiment to expose plants on earth to new stresses which could help them fight disease and climate change.

The 12 bottles of vintage Pétrus wine and 300 vine shoots spent 438 days and 19 hours at the ISS before returning home to Earth in SpaceX’s Dragon Capsule. The wine was then taken to Bordeaux, France, to finally face the taste test, the preliminary impressions of which were announced yesterday.

Alcohol and glass are normally prohibited on the ISS, so each bottle was packed inside a special steel cylinder during the journey.

The wine in space was kept at zero gravity while back at earth, while another batch of the wine was kept under special storage conditions. Alcohol and glass are normally prohibited on the ISS, so each bottle was packed inside a special steel cylinder during the journey. The high-flying space wine seemed to age two to three years more than its earthly counterparts, reports said.

The first analysis took place on March 1 in Bordeaux, where 12 experts were given two wine samples, one aged on Earth and the other in space. “It was with great emotion that we recovered the twelve bottles of 2000 vintage Petrus in Bordeaux at the beginning of February, intact and having withstood all the constraints of preparation, travel, and storage on the ISS,” said Nicolas Gaume, co-founder of Space Cargo Unlimited. “Of course, the analysis is still in its early stages, but the first findings are very promising for the future of the research program.”

The cylinders with wine bottles were carefully packed and stored in special conditions.

A tasting among panellists reveals this intergalactic wine has a taste of rose petals with notes of campfire, along with a brick-like colouring—compared to the original red colouration the wine had before jetsetting off to the ISS.  The panellists also reported the wine to have “ruby hues with brick-like reflections”.

According to Emmanuel Etcheppare, the coordinator of the research for Space Cargo Unlimited’s subsidiary Space Biology Unlimited, the participants were not aware in advance if they were tasting a wine that had been in space or was strictly down-to-earth. “The rigorous protocol allowed us to challenge each participant in this tasting. Real differences were noted with both appearance and taste. It was more complicated for the participants to differentiate olfactory dimensions.” Two bottles of celestial wine were opened for the 12 panellists.

Panellists were not given any indication markers to differentiate the two samples of wine.

“The earth wine was exactly how you would expect it to taste,” said Decanter magazine’s Bordeaux correspondent, Jane Anson, who attended the tasting. She reported the space sample as two to three years more evolved, “There were more floral aromatics [and] the tannins were a bit softer and more evolved,” she said, but added, “I just tasted one bottle [from the space station], so I can’t guarantee there isn’t bottle variation.”

Professor Philippe Darriet, of the Institut des Sciences de la Vigne et du Vin’s (ISVV) oenology research unit, said in a summary of the tasting, “Unanimously, the two wines were considered to be great wines, which means that despite the 14-month stay on the international space station, the ‘space wine’ was very well evaluated sensorially.”

Space Cargo is also hoping to research more on the vine cases that spent time in space. The vines spent 10 months out there and were then subjected to detailed microscopic analysis and planted a few days after their return to Earth, both in greenhouses of Institut des Sciences de la Vigne et du Vin in Bordeaux, and partly in the Vendée region, in the greenhouses of the Mercier Group, a company involved in the production of vine plants and the creation of vineyards. Researchers found that after a few weeks, the effects of the absence of microgravity on the vine shoots are already visually perceptible: buds of the canes from space are growing faster and earlier than on canes that remained on Earth in similar conditions.

This project was a part of Mission WISE which aims to tackle the future of agriculture and food by leveraging the effect of microgravity on complex biological systems. “Mission WISE aims to advance research on viticulture as much as winemaking,” said Nicolas Gaume and Emmanuel Etcheparre, co-founders of Space Cargo Unlimited, in a press statement. “This process and the ageing of wine remain largely a mystery. In studying them, the founding father of oenology, Louis Pasteur, made fundamental discoveries in life sciences. Today, we believe that the unique characteristics of the space environment can help us continue this research work.”

As per their website, the next steps of the research programme are structured around precise analyses aimed at identifying the composition of the biochemical properties of the wine that has been in space. The research is also expected to give more answers on why and how the wine aged quicker.

ORIGINAL REPORTING ON EVERYTHING THAT MATTERS IN YOUR INBOX.

By signing up to the VICE newsletter you agree to receive electronic communications from VICE that may sometimes include advertisements or sponsored content.

Home Videos The WORLD of WINE – Wine News. Cheap wine, tasting notes and cooking with wine The World of Wine – May 2021 … END_OF_DOCUMENT_TOKEN_TO_BE_REPLACED

How to visit Napa Valley on a Budget. In this video Carson and I explain a few ways to enjoy Napa on the cheap. Tip and advice about how to visit Napa … END_OF_DOCUMENT_TOKEN_TO_BE_REPLACED

Home Videos Get To Know Argentina Wine | Wine Folly If you love Malbec, Argentina is your ultimate wine region. But that’s not … END_OF_DOCUMENT_TOKEN_TO_BE_REPLACED