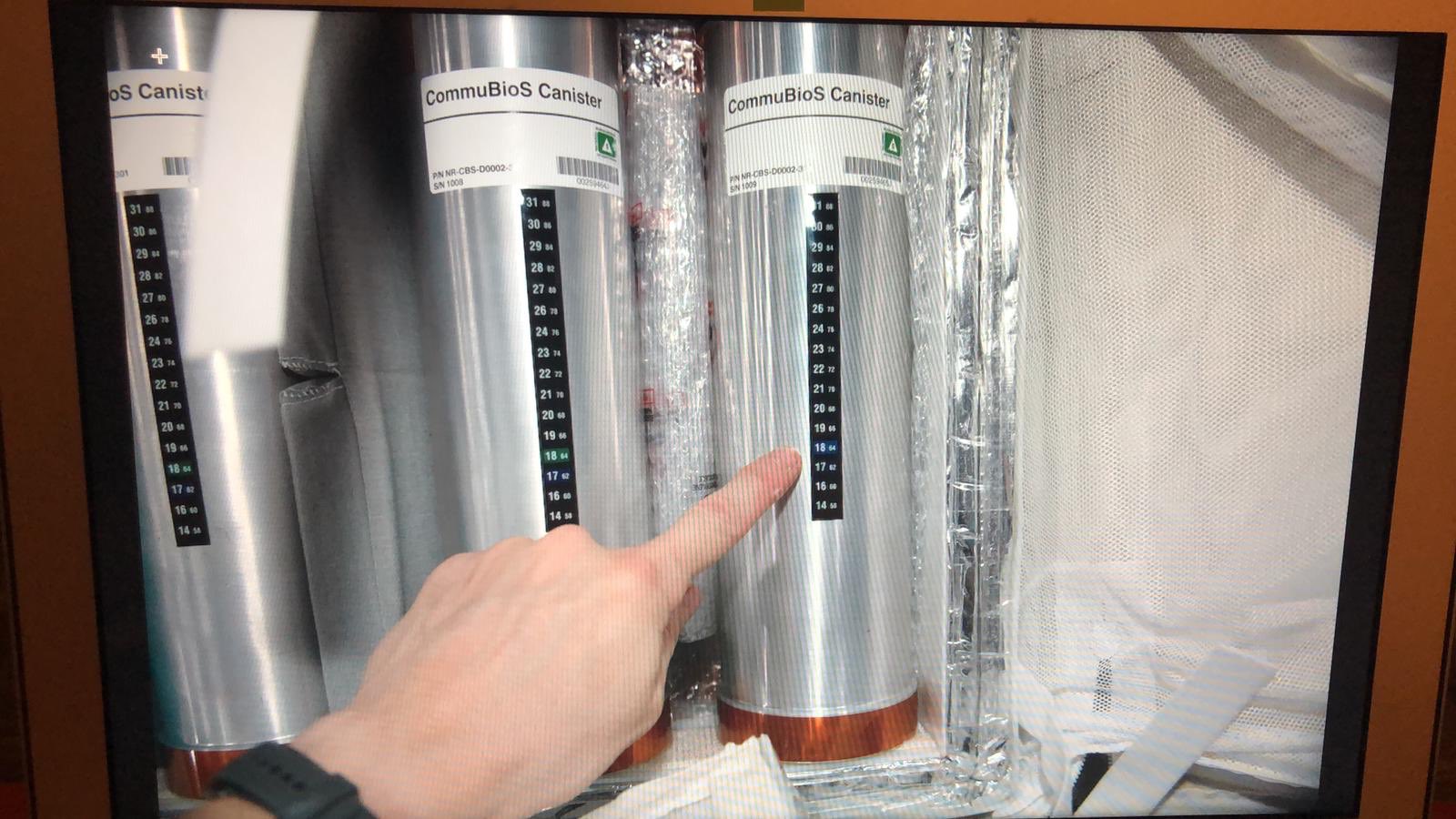 It was time to say goodbye at the International Space Station (ISS) — but not to a fellow astronaut. A dozen bottles of French Bordeaux wine were sent back to Earth this week after spending over a year aging in space as part of an experiment on the future of agriculture. Sadly, the astronauts didn’t get to taste any of the bottles, and neither did we.

The bottles arrived on Wednesday night in the Gulf of Mexico off the coast of Tampa. They remained corked aboard the ISS, each nestled inside a steel cylinder to prevent any breakage or damage. None will be opened until the end of February, when Space Cargo International, the company behind the experiments, will do a tasting with top connoisseurs in France to see how the trip changed the wine.

The company’s CEO, Nicolas Gaume, told Associated Press that the main objective has been agricultural science, though he looks forward to tasting the wine. “Our goal is to tackle the solution of how we’re going to have an agriculture tomorrow that is both organic and healthy and able to feed humanity, and we think space has the key,” he added.

Making wine and maturing it is a multi-component biological process that involves many elements such as yeast, bacteria, crystals, colloids, and polyphenols. Not much is known about how the taste and chemical composition of wine is affected during the aging process. Gaume and his team will look at how space radiation and microgravity affected wine components during the aging process.

“An orbiting lab such as the International Space Station provides an Earth-like environment, with the key exception of near-zero gravity and exposure to space radiation. Both have a significant and rapid impact on biological evolution, for example, human cells assemble in spheres, crystals are flawless,” Space Cargo said in a statement.

This could bring results that help in understanding taste enhancement and food conservation, the company argued. Space Cargo says to be following the footsteps of Louis Pasteur, one of the founding fathers of modern biology, who, while studying wine in the 19th century, discovered the existence of bacteria and how to maximize the role of yeast.

Climate change was also a consideration behind the experiments, as agricultural products such as grapes will have to adapt in the future to more difficult weather conditions. Through this and other experiments that will follow, Space Cargo hopes to learn valuable lessons to make more robust and resilient plants on Earth that cope with the new climate.

The regions of the world that are suitable for producing wine grapes could shrink up to 56% under a global warming scenario of 2ºC, according to research from last year. Meanwhile, in a 4ºC warmer world, 85% of those lands won’t be suitable for wine production any longer. Nevertheless, there are adaptation strategies available that could reduce climate effects.

While Space Cargo is the first company to make alcohol in space, they are not the first to research it. Champagne producer Mumm invented in 2018 the first fizz that can be drunk while floating in weightlessness, thinking of space tourists of the future. The bottle dispenses its content as a foam, which can then be caught in glasses or simply drunk straight out of the air.

Home Videos The WORLD of WINE – Wine News. Cheap wine, tasting notes and cooking with wine The World of Wine – May 2021 … END_OF_DOCUMENT_TOKEN_TO_BE_REPLACED

How to visit Napa Valley on a Budget. In this video Carson and I explain a few ways to enjoy Napa on the cheap. Tip and advice about how to visit Napa … END_OF_DOCUMENT_TOKEN_TO_BE_REPLACED

Home Videos Get To Know Argentina Wine | Wine Folly If you love Malbec, Argentina is your ultimate wine region. But that’s not … END_OF_DOCUMENT_TOKEN_TO_BE_REPLACED