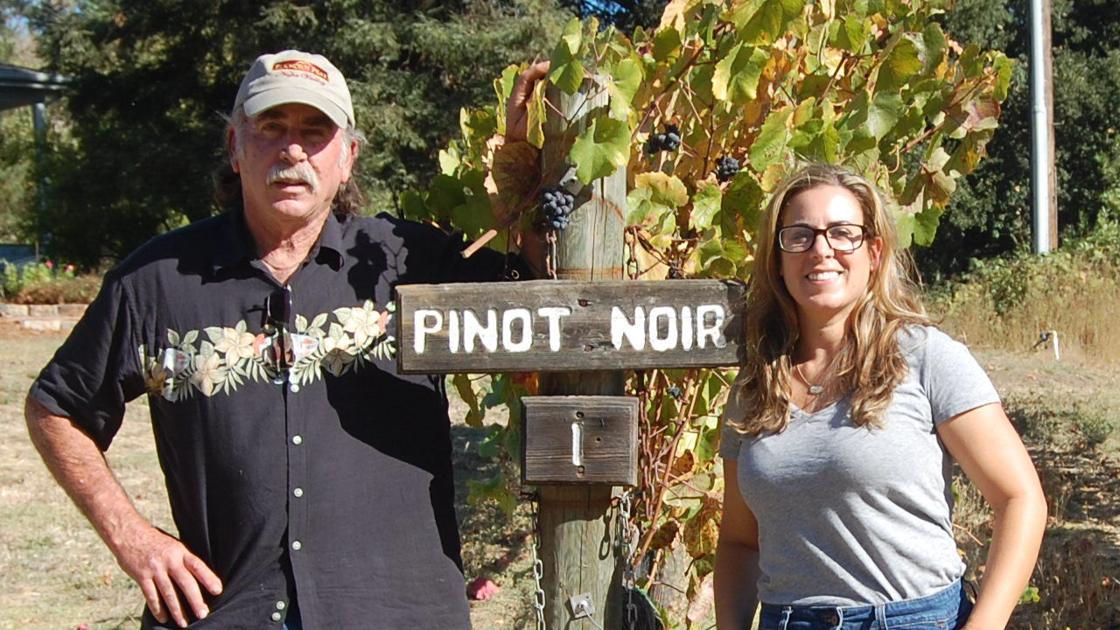 Save the Family Farms makes wine-tasting pitch to Napa County

Save the Family Farms is trying to get its micro-producer, mom-and-pop wine world proposals on Napa County’s 2021 “to-do” list.

Members first approached the Board of Supervisors publicly more than two years ago. They say grape growers producing small amounts of wine should be able to hold wine tastings on their farms without building a winery — perhaps at a picnic table near vineyards.

Without a solution, small family farms will cease to exist, said Ken Nerlove, who owns vineyards near Jameson Canyon and makes his Elkhorn Peak wines offsite.

“That would be a shame, because most of us remember how it started: small,” he recently told the Board of Supervisors. “The small guys made this valley. Without the small guy, Napa Valley will lose its soul.”

At the Dec. 8 and Dec. 15 Board of Supervisors meetings, the group renewed its push. But that 2021 “to-do” list is crowded, given a myriad of issues arising from the COVID-19 pandemic and wildfires that in three years destroyed more than 1,500 homes and businesses.

“Broader policy issues can be addressed at a later time, when there is more opportunity for full and robust public engagement,” Morrison said in an email.

Whether the Board of Supervisors wants to change that direction remains to be seen. Supervisor Belia Ramos at the Dec. 15 meeting asked that as a future agenda item, supervisors discuss whether they will entertain the group’s proposals.

“I personally would like to be able to give a reason of the board, not just of myself, to Save the Family Farms,” Ramos said.

Save the Family Farms has more than 100 members, consultant Terry Scott recently told supervisors on behalf of the group.

One objection arising to the Save the Family Farms goal is that some growers have paid millions of dollars to build wineries for the ability to hold tastings onsite. That raises issues of fairness in a competitive business, if small producers can avoid the requirement.

But Michelle Benvenuto of Winegrowers of Napa Valley told supervisors that the group supports the Save the Family Farms effort, with micro-wineries being complimentary to larger wineries.

“These small producers are an asset to the county,” said Benvenuto, whose group represents about 20 wineries and businesses.

Hannah Rahn’s family farms about five acres of vineyards on Howell Mountain and would like to host tastings without spending millions of dollars to build a winery. She recently told supervisors that Save the Family Farms proposal is good for everyone.

“As a millennial, I know the type of settings and excursions myself and my friends look for when traveling,” Rahn said. “We are drawn to small towns, support small businesses and off-the-beaten-track types of experiences.”

Allowing a small number of people to visit family farms plays to that group, she said.

“It will provide a snapshot for guests to have a view into the past of what Napa Valley was before giant castles and golden arches,” Rahn said. “It was people like us, small growers, micro-producers.”

Napa Valley Vintners in a November 2019 letter to the county said small family farms already have a regulatory pathway. They can host tastings on their properties by establishing a winery, even a very small winery, provided they comply with the county’s 1990 Winery Definition Ordinance. Napa Valley Vintners has about 550 members.

But Elise Nerlove Rutchick, vice president of Save the Family Farms and daughter of Ken Nerlove, said she tried that approach.

Rutchick told supervisors she pursued a permit application for a 1,000-gallon-a year winery. She was advised by the county to seek another avenue, given the proposed winery’s small size. She concluded the existing system can’t process a winery that small.

“This is the experience of the person trying to go through the existing process with micro-production capacity,” she said.

Napa County wineries and wine tastings are governed by various regulations, among them the Winery Definition Ordinance (WDO). Save the Family Farms officials have said they don’t want to do away with the WDO and that one of its legislative proposals would not change the WDO.

George O’Meara, president of Save Family Farms, told supervisors Save the Family Farms has spent hours working with Napa County wine groups and other groups and with attorneys to craft proposals. He ended a Dec. 15 Board of Supervisors public comment session on an upbeat note.

“We look forward to working in collaboration and getting us and everyone in a win-win position for 2021,” he told supervisors.

But first, Save the Family Farms must get on the county’s to-do list. Then it must convince supervisors that its proposals can fit in with complicated Napa County wine regulations.

WATCH NOW: SPORTS FIGURES WHO MADE THE WORLD A BETTER PLACE IN 2020

Napa Valley has an economy based on its internationally famous wines. But does it need something more?

NapaSan on its 75th anniversary is remembered for cleaning up a Napa River that Napa used as its sewer.

You can reach Barry Eberling at 256-2253 or beberling@napanews.com.

Home Videos The WORLD of WINE – Wine News. Cheap wine, tasting notes and cooking with wine The World of Wine – May 2021 … END_OF_DOCUMENT_TOKEN_TO_BE_REPLACED

How to visit Napa Valley on a Budget. In this video Carson and I explain a few ways to enjoy Napa on the cheap. Tip and advice about how to visit Napa … END_OF_DOCUMENT_TOKEN_TO_BE_REPLACED

Home Videos Get To Know Argentina Wine | Wine Folly If you love Malbec, Argentina is your ultimate wine region. But that’s not … END_OF_DOCUMENT_TOKEN_TO_BE_REPLACED