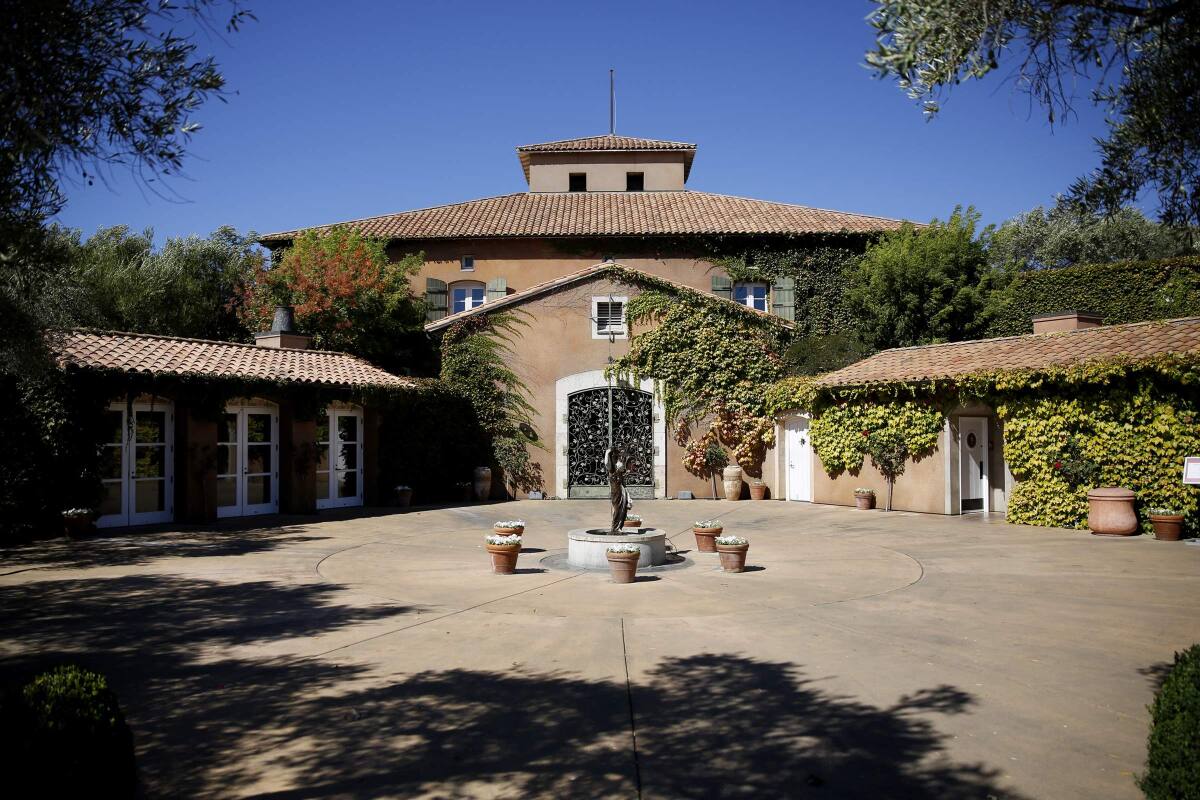 Vintage Wine Estates, which has built a portfolio of over 50 wine and spirits brands from the California Wine County and the Pacific Northwest to become one of the largest U.S. wine producers, has inked an agreement with a special-purpose acquisition company to become publicly traded.

The deal between London-based Bespoke Capital Acquisition Corp. and the Santa Rosa-based porfolio that includes brands such as Viansa Sonoma and Napa Valley’s Girard is valued at $690 million plus $50 million in future potential consideration, according to the announcement Thursday.

And just before the merger agreement was signed, Wasatch Global Investors acquired a $28 million stake in Vintage.

“At some point, it takes a lot of capital to be in the wine business, and we needed more capital to continue our growth,” Vintage CEO Pat Roney told the Business Journal.

As part of the deal with Bespoke, Roney would remain CEO in the merged company, which would be called Vintage Wine Estates Inc. Bespoke Executive Chairman Paul Walsh, former CEO of wine and spirits giant Diageo, would become chairman.

“After evaluating over 100 companies, we are delighted to have identified VWE as the ideal merger partner,” Walsh said in the news release. “The Company represents a unique and compelling investment opportunity in the consumer staples space. VWE’s well-diversified portfolio of high-quality brands spanning all price points and differentiated omni-channel marketing approach bring great balance. In addition, the Company has a deeply experienced management team with a strong track record of synergistic deal-making, which, on top of impressive organic growth, should continue and will help drive profitable growth as well as enhance shareholder value over the long term.”

Roney said in the announcement that Vintage is at a positive inflection point in our growth outlook.”

“This transaction will not only enable us to invest behind our brands to drive market share where necessary, but it will also fuel the next phase of our rapid growth in the U.S. wine industry,” he said.

The pending merger is good news for the wine business, according to Robert Nicholson, president of Healdsburg-based International Wine Associates, a marketing and mergers-and-acquisitions firm. He has known Roney since they worked together in the 1970s at a Diageo predecessor company.

“He’s going to be in a position to make some important acquisitions,” Nicholson said.

Vintage started two decades ago and now ships the equivalent of nearly 2 million 9-liter cases of wine and spirits annually. Total production capacity is 15 million cases annually, and the company has secured new warehouse and distribution facilities, according to the company.

The vintner-distiller has grown organically and through over 20 acquisitions to have a portfolio that includes brands across the pricing spectrum, from $15 to $150 a bottle. But a majority of the production in the fast-growing $12–$20 range.

Compound annual growth for Vintage since 2010 has been over 20% for revenue and 24% for earnings before interest, taxes, depreciation and amortization, according to an investor presentation about the deal.

Bespoke’s announcement said Vintage has “a well-balanced omni-channel strategy encompassing direct-to-consumer, wholesale and exclusive brands arrangements with national retailers. The result is a stable platform that has thrived even in periods of economic uncertainty.”

The breakdown of Vintage’s sources of net revenue, which topped $200 million as of end of its fiscal year in June, was 38% wholesale, 33% business to business (exclusive brands, custom crush and other services) and 29% direct to consumers, according to the deal presentation to investors.

To have nearly one-third of net revenue from direct sales is remarkable, according to Nicholson.

“That’s a very high number for a big company like Pat’s,” he said.

B2B projects include Costco Wholesale, Amazon and national grocers. A high-speed bottling line and fulfillment facility is set to be completed this summer, according to the document.

Vintage operates 19 wine clubs with over 36,000 members. Beyond additional capital, having the potential to convert some company investors into club members also is a plus about going public, Roney said.

The downsides of being publicly owned, he said, include stricter and more costly federal securities regulations as well as more pressure to show long-term earnings growth.

Home Videos The WORLD of WINE – Wine News. Cheap wine, tasting notes and cooking with wine The World of Wine – May 2021 … END_OF_DOCUMENT_TOKEN_TO_BE_REPLACED

How to visit Napa Valley on a Budget. In this video Carson and I explain a few ways to enjoy Napa on the cheap. Tip and advice about how to visit Napa … END_OF_DOCUMENT_TOKEN_TO_BE_REPLACED

Home Videos Get To Know Argentina Wine | Wine Folly If you love Malbec, Argentina is your ultimate wine region. But that’s not … END_OF_DOCUMENT_TOKEN_TO_BE_REPLACED