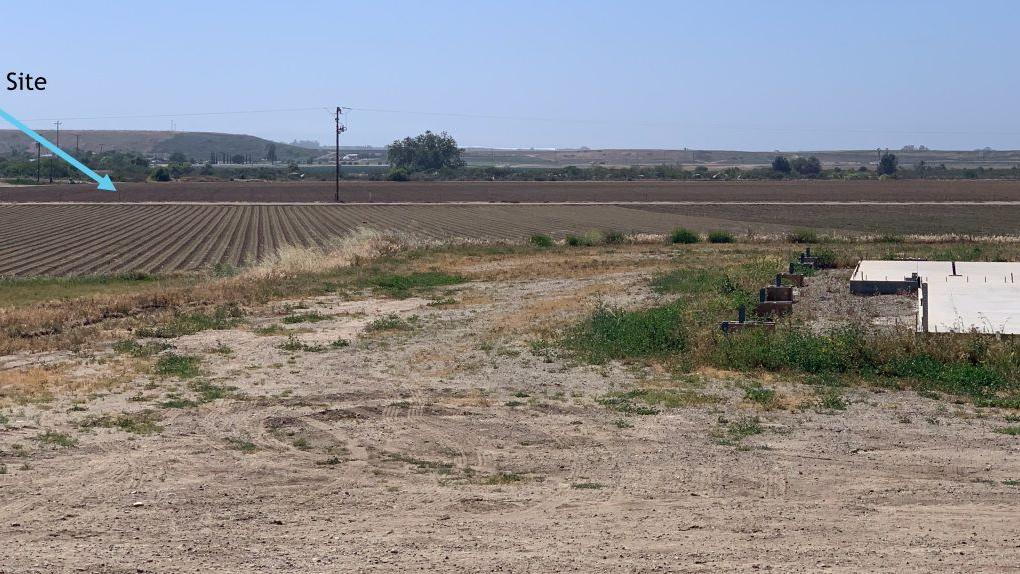 A cannabis cultivation operation proposed by Abel Maldonado east of Santa Maria survived an appeal by an adjacent world-renowned vineyard Wednesday and was granted unanimous approval by the Santa Barbara County Planning Commission.

However, the project planned for a site about 6 miles east of Santa Maria doesn’t have a fully green light, as the Planning Commission’s decision still could be appealed to the Board of Supervisors.

Bien Nacido Vineyards and owners Marshall Miller and family appealed the Planning and Development Department director’s approval of a land use permit for Abel Maldonado’s family and partner Brandon Gesicki to develop Canna Rios Farms right next door to the Bien Nacido vineyards and wineries.

Tri-M Rental Group, owned by members of the Maldonado family, also appealed the permit but withdrew its appeal before the start of Wednesday’s hearing.

The cannabis operation is planned for a site on White Rock Lane off Santa Maria Mesa Road a few hundred feet from where the Sisquoc and Cuyama rivers join to become the Santa Maria River.

Maldonado was granted a permit to cultivate about 46.7 acres of cannabis outdoors, with 18.6 acres under hoop structures, and to operate a cannabis nursery outdoors on about 1.5 acres, with 0.95 of an acre of that also under hoops.

The proposed operation would involve two crops per year, with one harvest period for each lasting two to three weeks, but no more than four weeks, with the crop either packed wet into boxes or flash frozen in an open staging area, where it would be loaded onto trucks and hauled to Monterey County for processing.

Five 280-square-foot containers would be used to store general materials, equipment, pesticides and chemicals, but no cannabis, and a 224-square-foot office trailer would be removed after one year.

The cultivation site would be approximately 100 feet from wine grapes, 750 feet from a wine-tasting room under construction and 1,000 feet from existing homes on the Bien Nacido property.

Reasons cited for the appeal, which the staff refuted, included that it is inconsistent with the County Comprehensive Plan and the Land Use Development Code, fails to comply with provisions of the California Environmental Quality Act with regard to odor control, crop conflicts and terpene taint, expansion beyond legal nonconforming use status, unlawful modification of the Cuyama River and violation of a well-sharing agreement.

But the main thrust of the opposition was the impacts of odor on the wine-tasting experience and cannabis terpenes on the flavor of the wine grapes.

“We are really proud of our vineyard and the specialness of what this site is and what the Santa Maria Valley is for growing grapes,” Miller said.

“The odor impact on our winery and the tasting room experience cannot be mitigated,” Miller said.

Maldonado questioned the claimed impact of terpenes on the flavor of grapes and the resulting wine.

He told the commission that for three years he has grown industrial hemp on up to 650 acres of his property — a total of about 2.4 million plants — in a research project with UC Davis and Hancock College, with plants growing less than 20 feet from Bien Nacido property.

Yet Bien Nacido wines from those years have received high praise, not only from the vineyard’s sommelier but also in reviews.

“What’s the difference between cannabis and hemp?” he asked. “Really, nothing. … There’s no doubt there’s a glut in grapes. Small farmers need a path to survive.”

Commissioners generally agreed the land use permit was granted because the project met all the necessary regulations.

“I do believe the operation before us today is in compliance,” said Chairman and 4th District Commissioner Larry Ferini. “I don’t see any way I can not support the project.”

Second District Commissioner Laura Bridley said she was finding it hard to find a way around the staff’s recommendation to deny the appeal.

“The land use permit paradigm really puts the Planning Commission in a very limited situation,” she said.

Maldonado said he had pinot noir and pinot grigio grapes that he used in his own wines planted just 6 feet from his industrial hemp, and he plans to plant chardonnay, pinot noir and sauvignon blanc grapes as a buffer between his cannabis and the Bien Nacido vines.

Commissioners noted the proximity of cannabis and wine grapes should provide important data the county can use in assessing and regulating cannabis cultivation impacts.

“If anything, we do get a long-term experiment,” Ferini said, and Bridley added, “I’m very excited to see what happens with this farm.”

First District Commissioner Michael Cooney noted the appellants had raised some real issues that need answers, but he took note of the attitudes the two longtime farming neighbor families had shown in the permit and appeal process.

“You know, this isn’t even the Hatfields versus the McCoys as we see in most of our cannabis projects throughout the county,” Cooney said. “This is really the McCoys against the McCoys, and there was a politeness, a respect that ran through the project.”

Home Videos The WORLD of WINE – Wine News. Cheap wine, tasting notes and cooking with wine The World of Wine – May 2021 … END_OF_DOCUMENT_TOKEN_TO_BE_REPLACED

How to visit Napa Valley on a Budget. In this video Carson and I explain a few ways to enjoy Napa on the cheap. Tip and advice about how to visit Napa … END_OF_DOCUMENT_TOKEN_TO_BE_REPLACED

Home Videos Get To Know Argentina Wine | Wine Folly If you love Malbec, Argentina is your ultimate wine region. But that’s not … END_OF_DOCUMENT_TOKEN_TO_BE_REPLACED