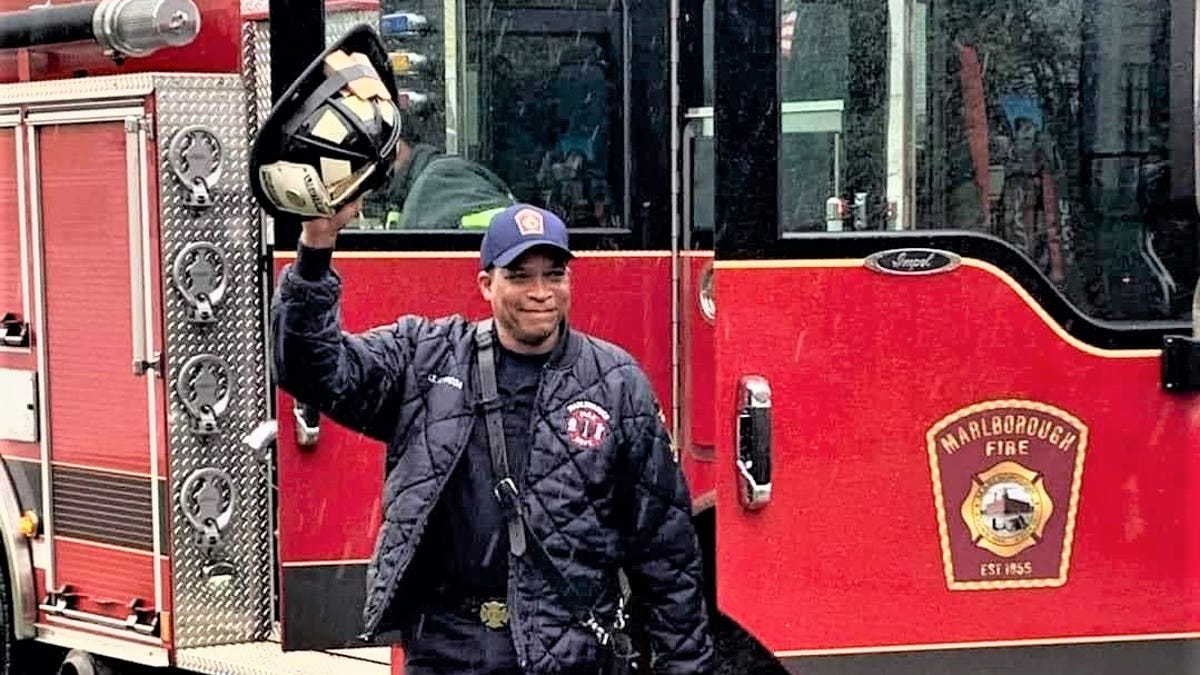 Congratulations go to Firefighter Edmoth Matthews on his retirement from the Marlborough Fire Department. Matthews served the citizens of Marlborough for nearly 32 years. Thank you for your service Firefighter Matthews.

Congratulations to Lt. Mark Assencoa on his retirement. from the Marlborough Fire Department. Assencoa served the citizens of Marlborough for 32 years. Assencoa started his career in 1989 and was always well involved within the community. He will be affectionately remembered as “Firefighter Mark” by many of the children in Marlborough for the years he spent teaching fire safety in the schools.

Thank you for your service Edmoth Matthews and Mark Assencoa. May you each have a long, healthy and happy retirement.

MAYOR ARTHUR VIGEANT had the pleasure of attending the grand re-opening of the Dunkin’ on East Main Street. The Mayor tried the new “Nitro Cold Brew” after speaking with the owners, workers and patrons. Mayor Vigeant would like to thank Franchisee owners Carlos Andrade and Alex DiPietro for their continual investment in the community as well as being good corporate citizens who with the Dunkin’ Joy In Childhood Foundation, presented a $4,000 check to the Marlborough Community Cupboard.

THE FOLLOWING POEM is from the Senior Poetry Virtual Showcase at the Marlborough Senior Center, written by Sandra A. Merlini.

ODE TO A DUNKIN’ DONUTS DRIVE-IN

Amid the donuts, chairs, I sat / With card as gift from dearest friend. The muffins, blueberry, sweet and fat / And Boston Creme, New England blend

The boy was dark and handsome tall, / He gave a bag for all I bought! / In bus, I did so rest, enthrall. / Paradise, donut fare I sought.

A knight in shining armor, he / To rescue lady; LOVE is key.

CONGRATULATIONS go to Karen Buckley who was the recipient of the DAISY Lifetime Achievement Award. Recipients of this award are nominated for their dedication to nursing through active mentoring, role modeling, advocating for their patients and promoting the positive image of nursing. Mayor Arthur Vigeant joined UMass-Marlborough Hospital administration and staff to present a citation to Karen Buckley.

THE MARLBOROUGH POLICE DEPARTMENT is proud to continue to promote their medication take back program at this year’s household hazardous waste day event. During the event, which is taking place from 9 a.m. to noon May 22 at the Easterly Wastewater Treatment Facility (860 Boston Post Road East). The Marlborough and Hudson Police Departments will be on site to collect unwanted or expired medication from residents of both communities. Residents are encouraged to bring prescription medications in pill form for both people and pets as well as prescription ointments, vitamins and over-the-counter medications. Sharps (needles), commercial medical waste, thermometers and inhalers will not be accepted under this program. All items will be accepted free of charge. Last year in Massachusetts alone, over 40,000 pounds of unwanted/expired prescription medication was collected, taken out of the waste stream, and kept away from our youth. “Our struggle with the opioid epidemic is still very real,” said Mayor Arthur Vigeant. “It has been shown that the majority of misused prescription drugs are obtained from family and friends, often from a home’s medicine cabinet. I commend the Marlborough Police Department and their efforts on this program, which has been vital in combating the opioid epidemic and saving lives.” The Marlborough Police Department accepts unwanted/expired medication at the collection kiosk within the station’s lobby which the public can access 24 hours a day. “The presence of the kiosk at the station provides our residents with the opportunity to safely dispose of unwanted medications in a way which is both convenient and secure. The goal is to remove potentially dangerous and addictive medications from resident’s homes and minimize the risk that their presence may create,” noted Police Chief David Giorgi.

THE MARLBOROUGH ROTARY CLUB’S NEWSLETTER, The Cog, recently included the following memoriam for Raymond “Ray” Valente who passed away on May 2, 2021. Ray led the club as president through the year 2000-2001. Fundraisers included the Turkey Shoot, the Horatio Alger Street Fair and “The Finer Things in Life” wine tasting. Because Ray had spent his life in teaching and entertaining in the music business, he wanted to do something special for the Marlborough community in that area. Together with Art Dubois of Greater Marlborough Programs Inc. (GMPI, now known as Thrive Support & Advocacy), he established the Marlborough Rotary Arts Appreciation Program whereby citizens with developmental disabilities could attend performances and galleries as well as take lessons in music, dance, art and more. Other service programs included a float in the Labor Day Parade and a Red Cross Blood Drive. Fellowship events included the holiday party and a day at the Saratoga races. Naoki Ono of Japan was the club’s foreign exchange student. Ray passed on May 2, 2021, at the age of 64. The Rotary Club extends their heartfelt condolences to Ray’s two sons and their families.

Home Videos The WORLD of WINE – Wine News. Cheap wine, tasting notes and cooking with wine The World of Wine – May 2021 … END_OF_DOCUMENT_TOKEN_TO_BE_REPLACED

How to visit Napa Valley on a Budget. In this video Carson and I explain a few ways to enjoy Napa on the cheap. Tip and advice about how to visit Napa … END_OF_DOCUMENT_TOKEN_TO_BE_REPLACED

Home Videos Get To Know Argentina Wine | Wine Folly If you love Malbec, Argentina is your ultimate wine region. But that’s not … END_OF_DOCUMENT_TOKEN_TO_BE_REPLACED