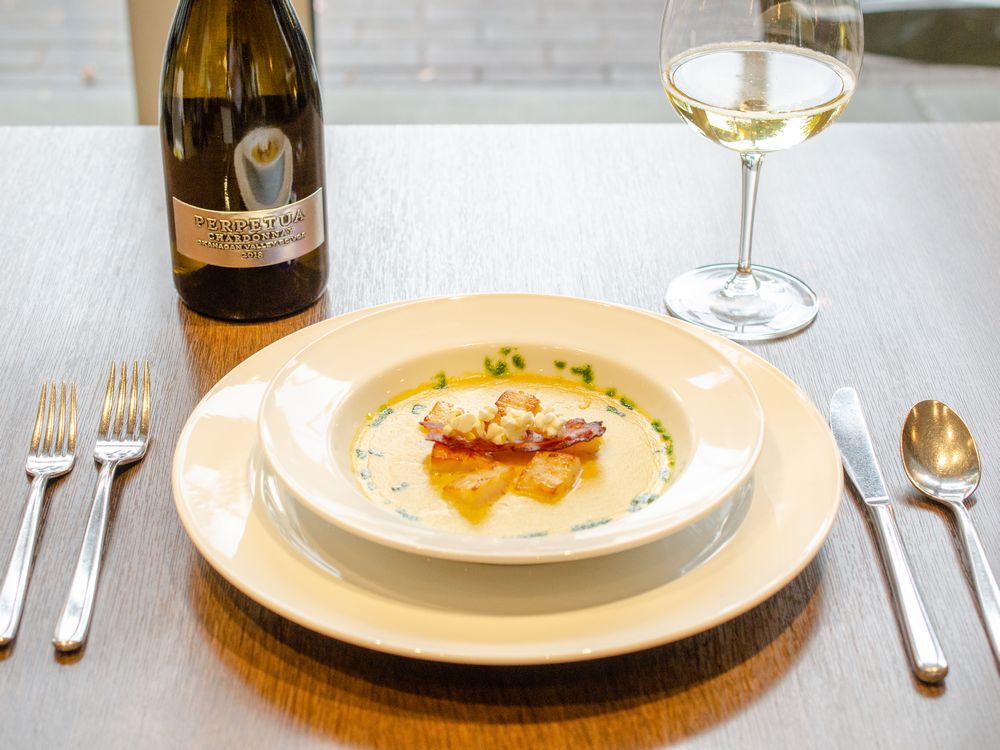 Christie Mavety remembers the early days of her family business, around 1990, when Blue Mountain Vineyards had just begun producing small amounts of quality wine for an even smaller B.C. wine market.

“In the very beginning, it was really the restaurants that helped grow our business,” says Mavety, Blue Mountain’s director of sales and marketing. “There’s a really strong sense of support that you might not see in other regions. It’s almost like a big family.”

Now part of that family is hurting, badly.

Kim Barnes, the marketing manager of Wine Growers B.C. (formerly the B.C. Wine Institute), reports that pre-COVID-19, “a great and quite substantial” 20 per cent of all B.C. VQA wines sold in B.C. were sold to the hospitality industry.

Since the pandemic hit, that has dropped to less than 10 per cent. Some months, it’s been as low as six per cent. And although increased delivery and direct-to-consumer sales have replaced some of the revenue lost from restaurants, it’s just a tiny drop in the ocean.

“Our hearts are with the restaurant industry, but it has a substantial impact on our industry as well,” Barnes says. “We’re all seeing the importance of supporting local. It works back-and-forth.”

Although wine has been grown in B.C. since Father Charles Pandosy established his Kelowna mission in 1859, the modern industry only goes back 30 years, to the establishment of the B.C. Vintners Quality Alliance. Since then, it has grown from 19 wineries to more than 280 and over 10,000 acres planted to grapes.

Most years, the B.C. wine industry contributes $2.8 billion to the province’s economy, much of that from wine served and sold in restaurants. Not last year.

The arrival of COVID-19 closed restaurants last March. When they reopened in May, it was with significantly reduced seating capacity and the loss of business from tourists and business travellers.

It starts with sommeliers who encourage consumers to try, say, a Lake Country Riesling or Similkameen Syrah rather than a well-known import brand.

“They are the first contact with customers,” Mavety says. “Even today, we receive emails, calls, even orders placed because they tried our wines in a restaurant. It’s a very tight-knit relationship, with us supporting restaurants, and restaurants supporting us.”

For instance, all the Toptable Group restaurants, including Araxi in Whistler, Blue Water Café in Yaletown and Oceans in New York, proudly carry B.C. wine.

“It’s an easy decision because our guests ask for it, and frankly, we are in a world-class wine region. We have a lot of pride and pleasure in having them on our list,” says Toptable wine director Shane Taylor, B.C.’s Sommelier of the Year 2017.

He adds: “It’s the variety of varietals — there’s over 80 produced — the different soil types and different microclimates. But it’s really the passion of the wine-growers, the winemakers and the sommelier community. We’re blessed with talent all over. We really have an embarrassment of riches in talent in our province.”

Similarly, Provence Marinaside has carried B.C. wines since it opened nearly 20 years ago. “The focus, being a restaurant called Provence, is wines from the south of France,” says wine director Joshua Carlson. “But our other focus is small, tasty wines from B.C. that are hard to find and off the beaten path.”

He recently whittled his wine list from an intimidating 250 wines by the glass to a more manageable, but still substantial, 70 or so. “Having the focus on B.C. and France has allowed me to be selective,” he says. “When I think of our cuisine, it’s a natural fit.”

Local wines are something special to offer the international visitors who typically dine at Miku and Minami. But they also pair well with the elevated Japanese cuisine, which is why the restaurants feature them in monthly promotions.

“Something that our company prides itself on is being as local as possible,” says Ben Hunter, regional director for Aburi Restaurants of Japan. “Coming here, supporting B.C. wines was something we were always going to do. It’s always been our goal to incorporate everything local possible.”

Hunter is also excited by the province’s growing number of organic, low-intervention wines, noting: “It’s going to be easier to have another glass of wine when it’s good for the environment too.”

Those low-intervention wines are just what former Aburi Restaurants somms Miki Ellis and Stephen Whiteside emphasize at their restaurant, Dachi.

“For a small neighbourhood restaurant to be able to focus on small wineries has been a natural extension of what we do,” Ellis says. “I want to support that in the way people supported Dachi and all the changes we had to make during the pandemic.”

Besides, she says, “The product is delicious. Lively, fun, complex and unique profiles.”

One of the major outlets for Dachi has been their bottle shop. Similarly, Tractor at Home sells only B.C. wines to pair with their wholesome food-delivery menu. And a new business, Parade Agency, offers in-home guided tastings of B.C. wines through a partnership with the Joseph Richards Group and a subscription service called Wine Vikings.

In addition, throughout the year — most years, anyway — festivals, promotions and winemaker’s dinners introduce new consumers to B.C. wines.

Right now, for instance, the Dine Out Vancouver Festival features a partnership with Wines of B.C., with many of the 350-plus participating restaurants offering wine pairings alongside prix fixe menus until March 7.

Meanwhile, the Fairmont Hotel Vancouver has partnered with Iconic Wineries of B.C. to create luxurious overnight staycation packages that include virtual wine-tasting experiences with Martin’s Lane Winery (in February) and CheckMate Artisanal Winery (in March).

Iconic Wineries were also the focus of a series of special wine dinners recently held by Provence Marinaside. “It was really well-received,” Carlson says. “It made us think it’s something we should be doing all the time.” They plan to relaunch the series after Dine Out ends, possibly featuring Sea Star Vineyards, for their Poisson d’Avril menu.

While the restaurants support B.C. wineries, the wine industry is happy to return the favour. Traditional tasting events like the Vancouver International Wine Festival may have been sidelined by the pandemic, but the (Wine Growers B.C.) has continued to support the community through largely virtual events like last fall’s Somm Smackdown.

“I think there is really all-around a loyalty to all things local,” Barnes says. “Because it’s supporting local people.”

“It’s quite political, where you spend your money,” Carlson says. “Especially now, when we need to be really focused on rebuilding our economy.”

He adds: “The wines themselves are excellent and only getting better. But in addition to that, it’s a five-hour drive to the Okanagan or a two-hour boat ride to the Island. Eat local, drink local, support local — this is our economy and to support them, it is a union that is a natural fit for a restaurant.”

For info about the Dine Out Vancouver Festival, visit dineoutvancouver.com.

To learn more about the province’s wine industry, go to winesbc.com.

Sign up to receive daily headline news from the Vancouver Sun, a division of Postmedia Network Inc.

We encountered an issue signing you up. Please try again

Home Videos The WORLD of WINE – Wine News. Cheap wine, tasting notes and cooking with wine The World of Wine – May 2021 … END_OF_DOCUMENT_TOKEN_TO_BE_REPLACED

How to visit Napa Valley on a Budget. In this video Carson and I explain a few ways to enjoy Napa on the cheap. Tip and advice about how to visit Napa … END_OF_DOCUMENT_TOKEN_TO_BE_REPLACED

Home Videos Get To Know Argentina Wine | Wine Folly If you love Malbec, Argentina is your ultimate wine region. But that’s not … END_OF_DOCUMENT_TOKEN_TO_BE_REPLACED