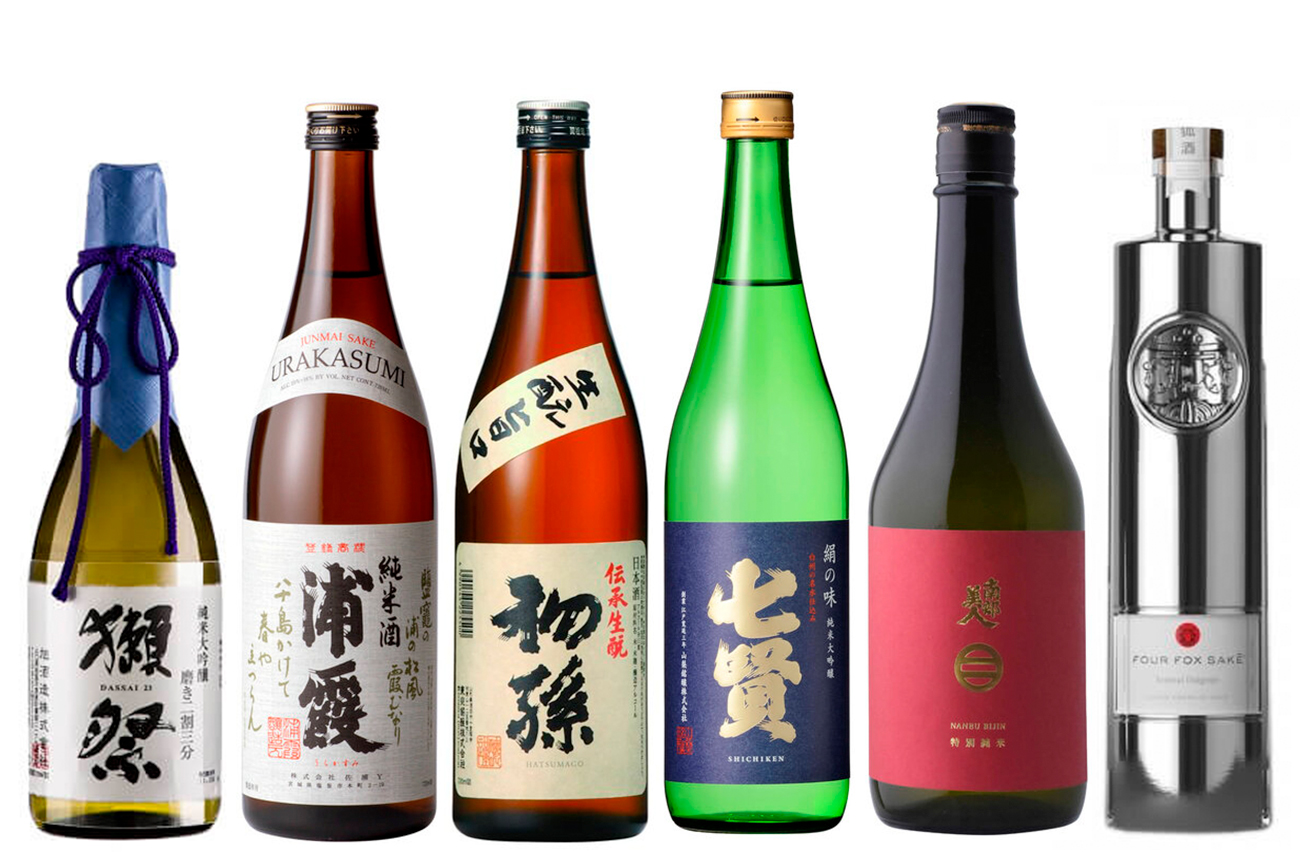 Sake remains a mystery to many consumers in western countries but is gaining popularity. Why not give it a try today? Anthony Rose is your guide in this introduction to Japan’s national drink. From sparkling sake to premium Dassai, get to know the rice-based drink via our diverse range of recommendations.

Scroll down for our Sake recommendations

If Sake is an acquired taste, then the world is divided into two kinds of people: those who have acquired the taste and those yet to acquire it.

Once bitten by the bug, you’ll never look back as a world of unalloyed drinking pleasure opens up before you.

Part of the process is getting to grips with how it is made and its various different grades, but while a little learning can prise the gates to Sake heaven ajar, only the taste will fling them open and convert you to the delights of Japan’s national drink.

Sake just means alcohol in Japan, whereas the rice-based drink that we know as Sake is in fact called ‘nihonshu’, Japanese alcohol made from rice. It has been made in Japan for over 1,000 years, but in the form of premium Sake such as ginjo, only around 50 years.

There are, for example, around 70 rice varieties used for its production, with three main varieties, yamadanishiki, gyohakumangoku and miyamanishiki, making up nearly three-quarters of the total rice-cropping area of around 15,000 hectares.

Sake generally weighs in at around 15–16% ABV, although, of course, there are exceptions to every rule. It has just a fifth of the acidity of wine. What it lacks in wine’s crisp, refreshing acid bite however, it more than makes up for in texture, subtlety of flavour and diversity of style.

Read in more detail: How is Sake made – Ask Decanter

Quality grades are determined by the polishing ratio. i.e. how much of the rice grain is milled away before the starchy core is ready to be converted by the koji mould to fermentable sugar. Grades and accompanying prices are a guide to quality but, as with wine, it can often pay to find a lower grade, premium example from a top brewery.

Perhaps the most significant contribution to the style and flavour comes from the aims and techniques of the ‘toji’, the master brewer. At the brewery, the rice is washed, steamed and cooled before roughly a fifth of the rice is spread out on wooden tables where the starch is broken down into fermentable sugar by the addition of koji mould spores.

Honjozo – Light, mildly fragrant premium Sake polished to a minimum of 70% with a small amount of distilled alcohol added to extract aroma and flavour.

Junmai – Sake made with nothing other than rice, water, yeast and koji with no minimum polishing ratio. When appended to daiginjo and ginjo, no alcohol has been added.

Broadly speaking, daiginjo and ginjo, with their beguiling fruity and floral fragrances, tend to be popular as chilled drinks while honjozo and junmai can often offer a broader range of value and versatility, especially when drunk with food, and can be served at a wider range of temperatures.

Home Videos The WORLD of WINE – Wine News. Cheap wine, tasting notes and cooking with wine The World of Wine – May 2021 … END_OF_DOCUMENT_TOKEN_TO_BE_REPLACED

How to visit Napa Valley on a Budget. In this video Carson and I explain a few ways to enjoy Napa on the cheap. Tip and advice about how to visit Napa … END_OF_DOCUMENT_TOKEN_TO_BE_REPLACED

Home Videos Get To Know Argentina Wine | Wine Folly If you love Malbec, Argentina is your ultimate wine region. But that’s not … END_OF_DOCUMENT_TOKEN_TO_BE_REPLACED