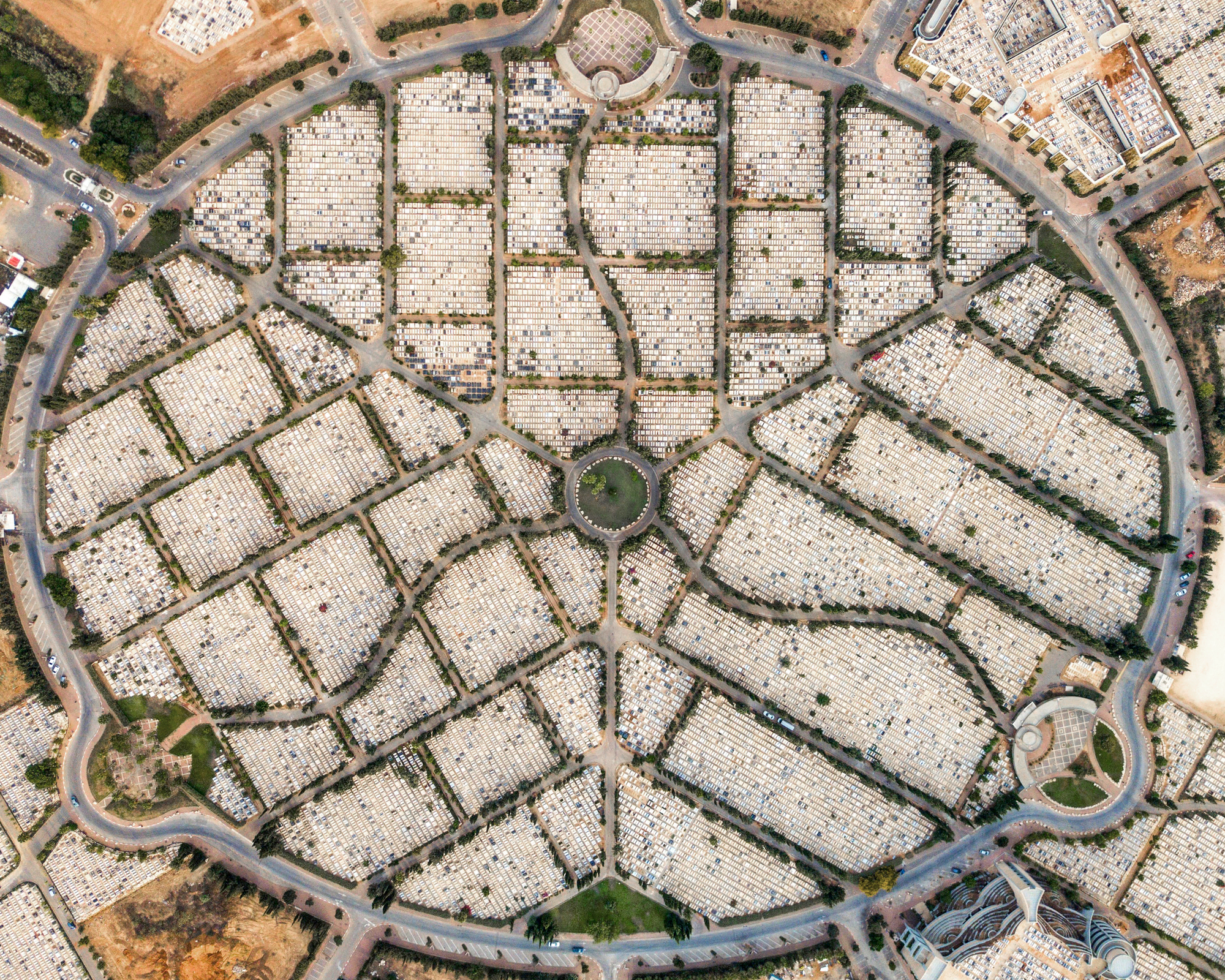 Sacred Spaces: What Can Cemeteries Teach Us About Our History and Society? 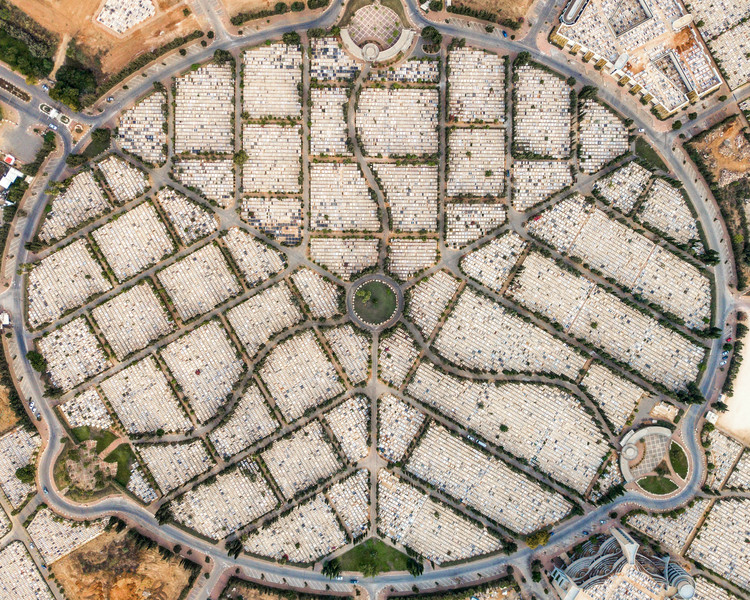 Memento mori is an ancient Latin expression that means “remember that you are mortal.” The Roman people used it not to represent a fatalistic approach to death but rather as a way of valuing life.

A few centuries later, as we arrive at our current context and the world reaches the terrifying figure of 2 million deaths as a result of the Covid-19 pandemic, memento mori is more relevant than ever.

Deepened by our tragic reality, this article examines the historical and symbolic meanings of these spaces, which embody the inevitability of death.

Cemeteries are regarded as places that welcome different identities, representing a certain culture. They are, above all, places of memory rooted in the spatial, temporal, and bodily experiences fostered by the location. They are not just a place for the body to rest, but a place of action, where the temporality of death is processed, where the dead themselves gain a social role in which biological events are replaced by rituals. [1]

In many cultures, cemeteries are sacred places that require specific conduct when people walk through them. A silent landscape implies preparation and a change of posture when crossing its gates, and it is precisely for this reason that the well-known French philosopher Michel Foucault considers them as heterotopic spaces.

For clarification, the word heterotopia comes from the combination of hetero (different, other) and topos (place). This term has been used in medicine and biology since the 1920s to refer to the formation of organic tissues in unusual places, not affecting the functions and performance of the organs where they grow. Therefore, based on this concept, cemeteries could be considered spaces that do not fit into ordinary classifications, serving a role of deviation, shifting our customary experiences, and instigating a peculiar atmosphere, even though in an urban context. [1]

However, even before these places were part of the city landscape and became a characteristic element of the urban space as we know it today, there were other ways to celebrate and bury the dead. Many studies prove that since the Neolithic age, there was already a concern with corpses, which were placed in caves and enclosed by a rock. It was only centuries later, with the advance of Christianity, precisely by the end of the 18th century, that corpses started to be buried near or inside churches, mainly to symbolize the spiritual continuity that was desired in the afterlife.

Worth pointing out that during this period, as Foucault himself states, we see the development of what he calls “urban fear,” a generalized state of anguish towards the city that led to the beginning of a reconfiguration of cemeteries. There was a fear of workshops and factories that were being built, the piling of people, the excessively tall houses, the overcrowded population, fear of urban epidemics and, especially, of cemeteries that not only grew in number, invading the city little by little but were also believed to be a source of contamination of infectious diseases. And this is when there arises “an obsession with death as an illness.” Supposedly, the dead are the ones “who bring diseases to the living, and their presence and proximity, right next to houses, churches, almost in the middle of the street, is what propagates death itself.” [2]

These countless small panics that permeated urban life in the large cities of the eighteenth century called for sanitation policies demanding the relocation of cemeteries to the city outskirts. In other words, these urban places which could cause diseases, places of formation and dissemination of epidemic, or endemic phenomena, began to be scrutinized so that the first great migration of cemeteries to the outskirts of the cities could take place. This is when the individualized cemetery emerged, that is, individual caskets, single graves reserved for families, where each person’s name was written. This model was consolidated mainly after the 19th century when, as Foucault states, “everyone has a right to her or his own little box for her or his own little personal decay.” [2]

In this context, “a true army of the dead appears on the outskirts of the cities, lined up as neatly as a troop that is being inspected. For it is necessary to scrutinize, analyze, and reduce this everlasting danger that the dead represent. Therefore, they will be placed in regiments, one next to the other, on the great plains surrounding the cities.” [2] From this moment on, a monumental type of cemetery is established, with large buildings full of symbolism through crosses, altars, and other religious features. It is a place that also represents the family’s status and reinforces the legacy and memory left by the loved one.

Although this cemetery typology has persisted for many decades, it is possible to notice a recent change of direction concerning these urban amenities, both in the creation of new strategies to appropriate old cemeteries – which are no longer on the outskirts of the cities – and in the ways of designing and creating new spaces.

Nowadays, park cemeteries are becoming more and more popular, which suggests the creation of more secularized burial places with no religious symbols. The very concept of the cemetery and the perspective of those who visit it has been changing, and it is possible to see the intention and desire to establish these large spaces as public parks, where a variety of important functions for social interaction and recreation are offered. This shift demystifies the fatality of death and – for that matter – reinforces each visitor’s memento mori.

The Congressional Cemetery in Washington, DC, USA, for example, has started to include recreational activities such as yoga, wine tasting, open-air cinema, and guided walks, among others. According to the organizers, their activities attract about 45,000 people a year. At this point, it is also worth noting that this change of paradigm reflects, mainly, in the way we face the city itself, showing that perhaps we are more interested in spaces for leisure than for worship.

In this brief reflection on the history and formation of cemeteries over the centuries, it becomes clear how much their symbolisms, forms, and placement in the urban fabric, also reveal our own history as a civilization. From small gravestones around churches, closely related to religious worship, to meticulously aligned blocks far away from the cities, and even more recent models such as park cemeteries and other structures such as cremation sites and body composting facilities (reflecting our current focus on the environment), each model is aligned with the needs and lifestyles of its time.

Home Videos The WORLD of WINE – Wine News. Cheap wine, tasting notes and cooking with wine The World of Wine – May 2021 … END_OF_DOCUMENT_TOKEN_TO_BE_REPLACED

How to visit Napa Valley on a Budget. In this video Carson and I explain a few ways to enjoy Napa on the cheap. Tip and advice about how to visit Napa … END_OF_DOCUMENT_TOKEN_TO_BE_REPLACED

Home Videos Get To Know Argentina Wine | Wine Folly If you love Malbec, Argentina is your ultimate wine region. But that’s not … END_OF_DOCUMENT_TOKEN_TO_BE_REPLACED