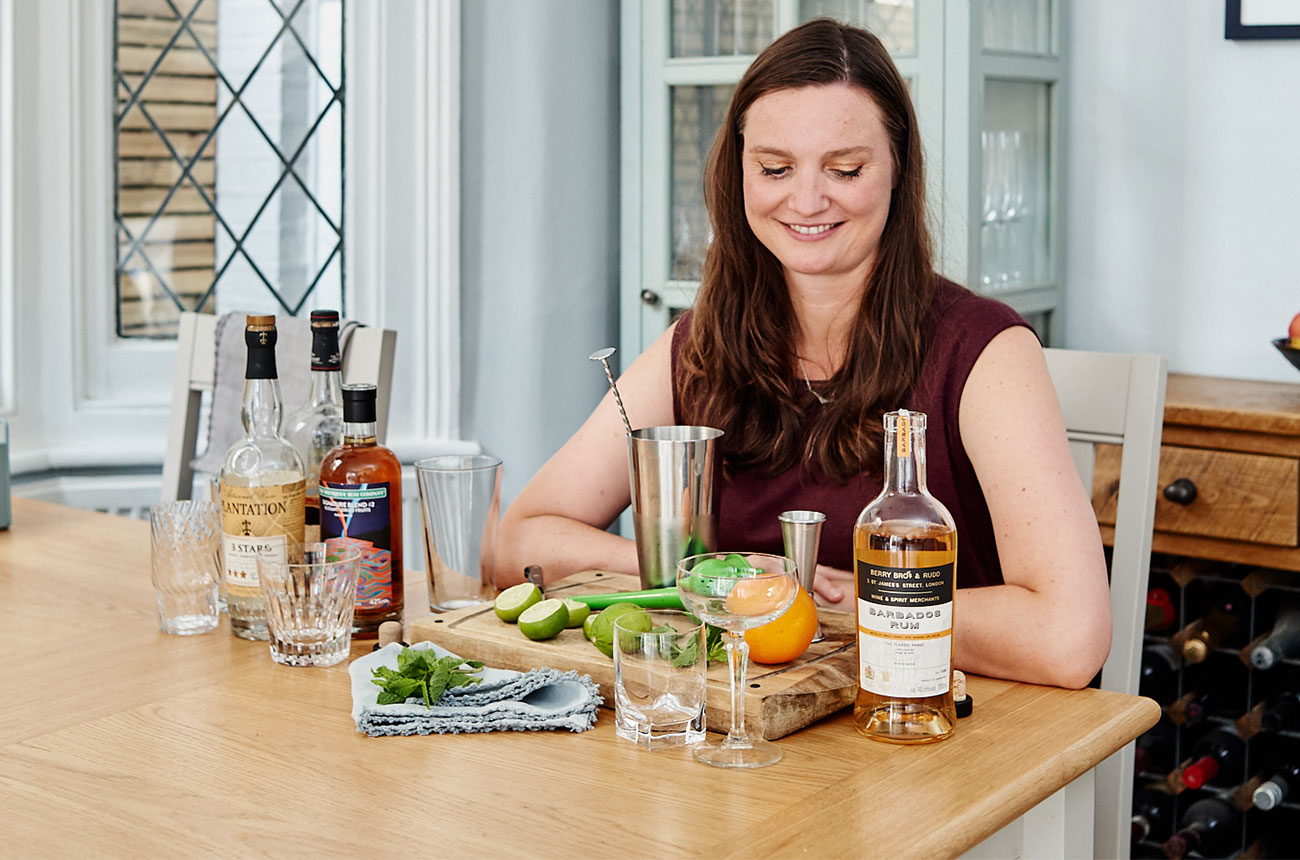 When it comes to spirits trends, rum’s star is on the rise. Consumer knowledge and appreciation of this hugely complex spirit has grown, and so too has the number of quality expressions and brands that are now available to buy.

One thing that has stood in rum’s way previously is its diversity. It is perhaps the most complicated of all spirits categories, thanks to its myriad flavours, styles and producing countries, each with their own rules and regulations; not to mention the fact that it can be made from molasses or sugarcane juice, and distilled using either a pot or column still.

Perhaps because of this, the categorisation of rum has historically been based on the colours white, golden and dark – but these give no indication of how a rum is made, what it’s made from, or what it tastes like. Experts are in the process of discussing how to officially categorise rum, but the jury’s still out.

While most rum is great for sipping neat, the category boasts some of the best cocktails in the pantheon of classics. And let me be clear that I’m not talking about your tropical tiki drinks served in Polynesian art-inspired mugs, adorned with kitsch umbrellas and over-the-top fruit garnishes.

As cocktail consultant Nate Brown says: ‘Tiki is rum, rum isn’t tiki. Tiki cocktails try to tell the false tropical story behind rum. They’ll be escapism-led with lots of fruit juices and Lilt flavours, and a lot of showmanship, sweeteners, and smoke and mirrors.’

There are certainly no frills in the selection of drinks on the following pages – these recipes allow the rum to shine through, rather than hide behind the mixers and modifiers.

For mixing rum cocktails at home, you can make most drinks with two variants in your drinks cabinet. First up is a decent, unaged rum that offers complexity, which will be the foundation for your Daiquiris, Mojitos, Cuba Libres and Piña Coladas.

My go-to for years has been Plantation 3 Stars, which is a blend of spirits from Jamaica, Trinidad and Barbados that boasts green, lime-like notes with a touch of cinnamon and clove spice. The relatively new That Boutique-y Rum Company has recently played a blinder, however, releasing its Signature Blend #1, a product that’s been specifically created for Daiquiris. Having experimented with it in both a Daiquiri and a Mojito, I can confirm it fits the brief and more.

Next, you need an aged rum for your stirred, more serious drinks. Look at the Appleton Estate Reserve Blend or Appleton 12 Year Old, or in the Doorly’s range anywhere between the 8 Year Old and the XO, depending on your desired price point and intended cocktail.

Despite the rum category’s famed complexity, arming yourself with just two different well-chosen bottles will open up a whole world of cocktail-making possibilities for you. How’s that for versatility?

Often an afterthought for most people, ice is actually a foundation block for drinks that is important to get right. Make sure you properly fill glasses with ice – the idea that this will overly dilute a drink is a fallacy. Also try to keep your ice properly chilled and dry – don’t throw in wet, watery cubes that have been sitting in an ice bucket for hours, for instance.

There are two golden rules when it comes to lime juice: make sure you only use freshly squeezed juice (my favoured tool for quick squeezing is a Mexican elbow – everyone should have one); and taste it – some will be more sour than others – so you can adjust your recipe accordingly.

A key ingredient in cocktails, sugar syrup is very easy to make at home. Simply mix one part boiling water to one part sugar and stir until the sugar is completely dissolved. Make a larger batch, put it in a bottle and keep it in the fridge for a couple of days if you’re making a lot of drinks. If you add a spot of vodka, it should keep longer.

Velvet Falernum is a liqueur that originates from Barbados and is flavoured with fresh lime, cloves and almond. You can buy John D Taylor’s Velvet Falernum from decent online retailers such as The Whisky Exchange or Master of Malt.

Ubiquitous in the 1990s, the Mojito became a victim of its popularity and sank to obscurity over the past 10 to 15 years. It’s time to bring it back, however. It’s simply too delicious to ignore. The measurements here are very specific, but use them as a guide – taste the drink and add a little more of anything you think it needs.

The Corn ’n’ Oil is fresh, funky, spicy and Barbadian. Most recipes of this drink call for ‘blackstrap rum’, which is a relatively young rum that has been coloured with caramel. The better alternative is to plump for an aged rum from Barbados such as Plantation Barbados 5 Year Old or one of the Doorly’s range. More commonly found in bars in America and Barbados, this cocktail’s structure changes depending on where you find it. Americans prefer a rum-heavy mix, while Barbadians favour the falernum (see top tips, above), so feel free to invert the ingredients if you wish.

Method Add the ingredients to the glass. Add crushed ice, stir until well chilled and garnish.

Sweet, sour and super refreshing, the Daiquiri is one of those classic cocktails that everybody loves. And as it’s so easy to make it’s the perfect starter recipe for cocktail virgins. Don’t worry if you don’t have a cocktail shaker at home – use a jam jar instead.

Garnish None, or a lime wheel

Method Add all the ingredients to a cocktail shaker full of ice. Shake until really cold and strain into the glass.

Long and spicy, a Dark ’n’ Stormy is a great drink to serve at parties as it’s so quick and easy to make. The Dark ’n’ Stormy is one of the few cocktails that has been trademarked by a brand – Goslings Black Seal. However, I’ve made it with plenty of other dark rums in the past to pleasing effect.

Method Fill the glass with ice, add all the ingredients, gently stir and garnish.

While most people will associate Old Fashioneds with American whiskey, in reality an Old Fashioned is classified as containing ‘spirits, sugar, bitters and water’. This specific recipe uses honey instead of a sugar cube, and was created for Havana Club 7. It’s unctuously rich, but feel free to switch the rum – I recently made it with Zacapa 23 for an appreciative crowd.

Method Add the honey to the glass with a touch of rum, and mix thoroughly until the honey is dissolved. Add the rest of the rum and bitters, fill the glass with ice and stir until you’ve reached the ideal amount of dilution.

Best rums for an Old Fashioned – Seven bottles to try

Home Videos The WORLD of WINE – Wine News. Cheap wine, tasting notes and cooking with wine The World of Wine – May 2021 … END_OF_DOCUMENT_TOKEN_TO_BE_REPLACED

How to visit Napa Valley on a Budget. In this video Carson and I explain a few ways to enjoy Napa on the cheap. Tip and advice about how to visit Napa … END_OF_DOCUMENT_TOKEN_TO_BE_REPLACED

Home Videos Get To Know Argentina Wine | Wine Folly If you love Malbec, Argentina is your ultimate wine region. But that’s not … END_OF_DOCUMENT_TOKEN_TO_BE_REPLACED