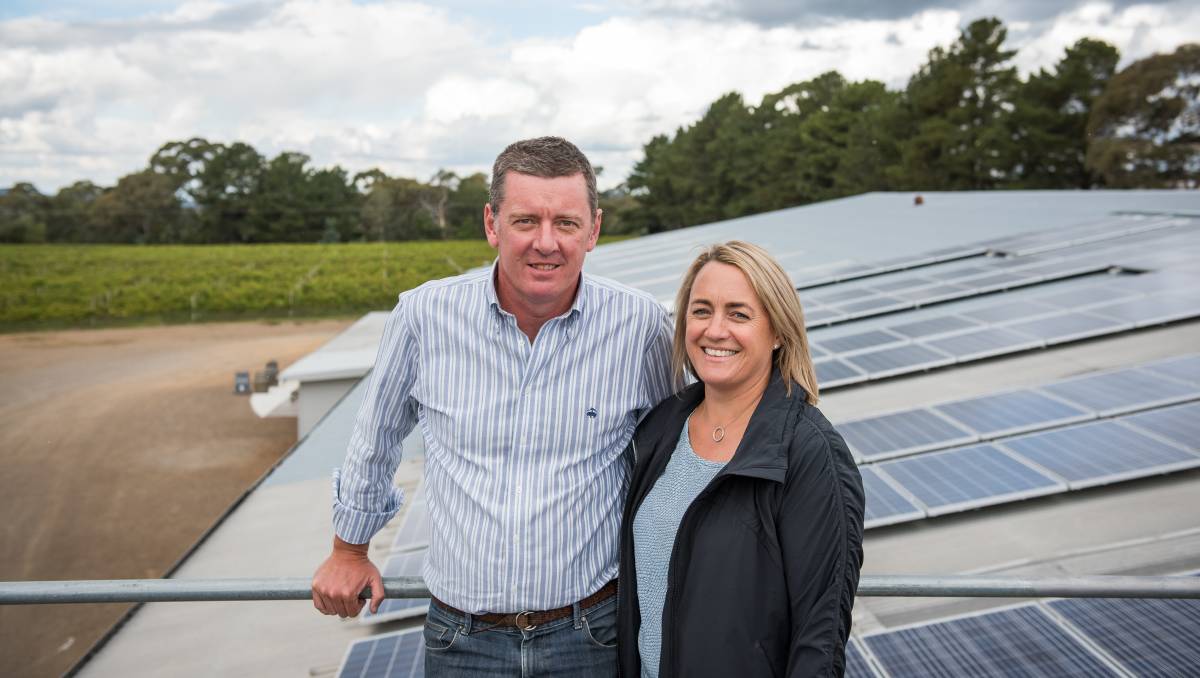 Based near Orange NSW, Ross Hill was certified by the Australian government as carbon neutral in 2015 and has been independently audited every year to make sure it meets its obligations.

Owner James Dobson said both the farm business and the product were carbon neutral, with 53 kilowatts of solar panels offsetting the bulk of the winery’s emissions.

The winery saves $60,000 a year in electricity costs and the solar was paid off within two years, but Mr Dobson said the main benefit came from tapping into the conscious consumer market.

“There is a huge shift towards buy local, buy ethical, buy sustainable and we fit into that space absolutely perfectly,” Mr Dobson said.

When Ross Hill first became carbon neutral, Mr Dobson said there was quite a lot of cynicism, but in the past five years the change in attitude had been “unbelievable”.

“I talk about being carbon neutral as I do the wine,” he said.

“At the cellar door, we are getting more and more questions about it. People are complete on board and there is interest in it from all age groups.”

Customers are specifically seeking Ross Hill out because of its carbon neutral certification.

“We were able to secure a big deal with Qantas Wine Club – who are our fourth biggest customer – because the airline has pledged to be a carbon neutral business,” Mr Dobson said.

Along with the solar panels, the winery has changed a lot of little things – made the pumps more efficient, reduced tractor hours, changed lights and fixed the cool room seals.

“Last year Ross Hill was so energy efficient, we only had to buy $900 carbon credits, which is nothing in the carbon credit world,” Mr Dobson said.

Ross Hill is adapting to a rapidly warming climate, with Mr Dobson preparing to plant three hectares of chardonnay at a higher and cooler altitude, as an “insurance against rising temperatures”.

The winery has two vineyards, located at 750 feet and 1020 feet above sea level, with its “highly regarded” chardonnay grown at the lower vineyard.

But with the constantly rising temperature due to climate change, Mr Dobson said he had to adapt.

“If we didn’t think [the temperature] would increase, we wouldn’t plant the second vineyard,” he said.

Vineyards have detailed recording their localised temperature due to its influence on the development of grapes.

“There are many examples of vineyards all of Australia that have seen a one degree increase over the past 30 years – it’s well documented, so we know it’s a given fact,” Mr Dobson said.

“That one degree in the growing of grapes means up to four weeks of earlier picking times. Let’s say in the early-to-mid 2000s, you pick chardonnay at our lower vineyard in the first week of March.

“Because of the temperature increase, now we’re picking them in the first week of February. I’d much prefer to pick that type of grape when it’s cooler, so its sugar levels are increasing.”

“We’re lucky we’ve got two sites at different altitudes and temperatures,” he said.

Home Videos The WORLD of WINE – Wine News. Cheap wine, tasting notes and cooking with wine The World of Wine – May 2021 … END_OF_DOCUMENT_TOKEN_TO_BE_REPLACED

How to visit Napa Valley on a Budget. In this video Carson and I explain a few ways to enjoy Napa on the cheap. Tip and advice about how to visit Napa … END_OF_DOCUMENT_TOKEN_TO_BE_REPLACED

Home Videos Get To Know Argentina Wine | Wine Folly If you love Malbec, Argentina is your ultimate wine region. But that’s not … END_OF_DOCUMENT_TOKEN_TO_BE_REPLACED