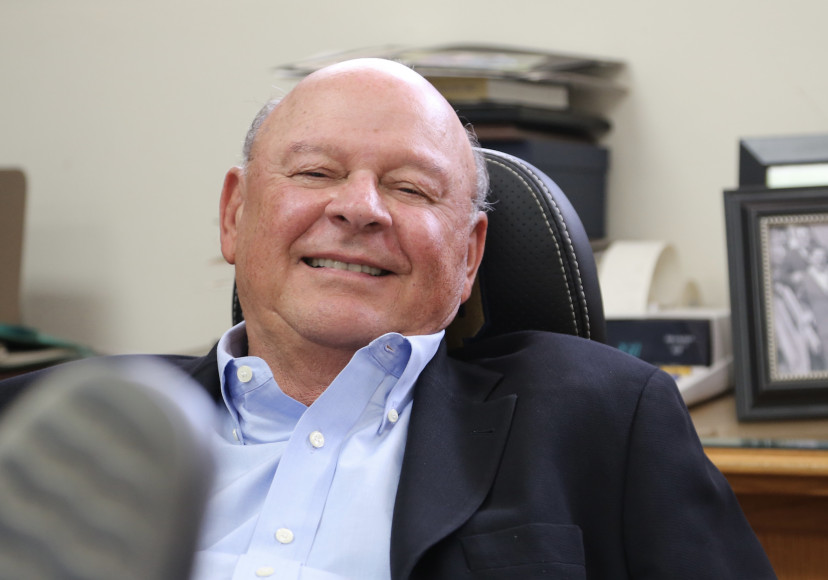 The US fruit and vegetables sector is mourning the death of Robert Bianco,  a man synonymous with the California table grape industry.

For more than 50 years, he and his brother, Domenick “Cookie” Bianco, worked side-by-side to create, build and maintain Anthony Vineyards. The business has become one of California’s leading table grape growers, with a strong international presence.

“Bobby was an icon in the Coachella Valley,” Anthony Vineyards said in Bianco’s obituary. “His company has employed thousands of farmworkers over the past 50 years, providing opportunities to support the economic growth of the East Valley. He always treated everyone with dignity and respect. His daily presence at Anthony Vineyards walking the fields and interacting with people will be greatly missed.

“Bobby was a powerful leader and a talented mentor. His decades of hard work, dedication and passion for both Anthony Vineyards and the grape industry will never be forgotten. His ability to devote himself not only to his work life but to make his family a priority serves as an inspiration to everyone who knew him.”

Born in New York in 1942, Bobby’s family moved to California while he was an infant, settling in Fresno.

After graduating Bullard High School, Bobby attended the University of Notre Dame, where he graduated with a Bachelor of Business Administration with a concentration in Finance in 1965.

Bobby served in the United States Army National Guard in California for five years, before moving to Indian Wells, California, with his wife Harlene in 1969. From the desert they built the Anthony Vineyards business, in tandem with Domenick.

While holding executive positions at Sun World International, the Bianco brothers never took a salary from Anthony Vineyards, instead reinvesting that money into the growth and expansion of the company.

Together, they managed a company that includes nearly 10,000 acres of organic and conventional table grape production, dates, citrus, and capsicums.

Additionally, they have partnered with Prime Time International since its initial founding, and they are co-owners of SunDate, both based in Coachella.

Well-known for his business acumen, Bobby was a long-time member of the boards for the California Table Grape Commission and the California Grape and Tree Fruit League. In addition, Bobby served as president of the California Desert Grape Administrative Committee.

He was instrumental in the development and expansion of the Red Flame Seedless grape in the mid-1970s.

“Prior to its release, most of the grape varieties contained seeds,” the obituary read. “The Red Flame Seedless was a major advancement in the evolution of the grape industry. Grape growers from around the world came to the Coachella Valley to learn about this new grape variety, and Bobby was more than pleased to share his knowledge and experience.”

Bobby was heavily involved with other local charities, including the Boys and Girls Club of Coachella Valley, YMCA, Big Brothers Little Sisters of the Desert, and Desert Arc among others.

He was also an avid golfer, participating in many local charity golf events and playing in the Bob Hope Classic for 15 years.

Bobby was most proud of his son Anthony and his daughter Francesca, who were both born and raised in the Coachella Valley.

“Bobby and Harlene had a tight-knit, traditional family who ate dinner together every night. They never missed one of Anthony’s sporting events and were huge fans of Francesca’s ice skating as a young girl,” the obituary said.

“Now both Anthony and Francesca are raising their own families here in the desert. They continue to carry on many of the Bianco family traditions.”

Anthony oversees much of the operations at Anthony Vineyards in Coachella, while Francesca has also followed in her father’s footsteps as a proud Notre Dame alum.

“Nothing was more important to Bobby than his wife, Harlene,” the obituary said. “The two of them did everything together. Every night was date night, especially on the weekends, which always included dinner and a movie. Together they built a loving family and a thriving business.”

Home Videos The WORLD of WINE – Wine News. Cheap wine, tasting notes and cooking with wine The World of Wine – May 2021 … END_OF_DOCUMENT_TOKEN_TO_BE_REPLACED

How to visit Napa Valley on a Budget. In this video Carson and I explain a few ways to enjoy Napa on the cheap. Tip and advice about how to visit Napa … END_OF_DOCUMENT_TOKEN_TO_BE_REPLACED

Home Videos Get To Know Argentina Wine | Wine Folly If you love Malbec, Argentina is your ultimate wine region. But that’s not … END_OF_DOCUMENT_TOKEN_TO_BE_REPLACED