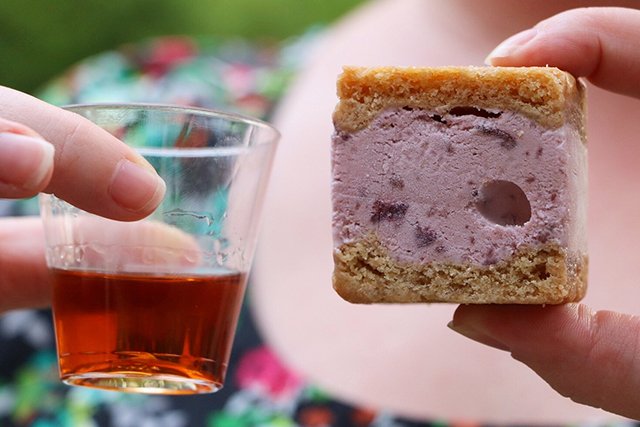 A former flight attendant, Frances Odoi originally began juicing as a way to stay healthy while traveling and on the go. Now, the CoCoGin founder is offering her cold-pressed juices to the masses, including the popular EBO — or Everything But Orange — made with carrots, cantaloupe, fuji and gala apples, and pineapple. (Richmond magazine)

Following the horrific murders of eight people, six of whom were Asian American, last week in Atlanta and continuous reports of Asian-owned businesses being the target of vandalism and hate crimes, as well as a spike in attacks and harassment since the advent of the coronavirus pandemic, there has been much discussion about the country’s deep-rooted xenophobia, as well as how to support those communities.

On Saturday, March 27, Strangeways Brewing will host Filipino Chefs of RVA from noon to 7 p.m., featuring food from Ato’s Sisig and Grill RVA, Auntie Ning’s, Perch, and Instabowl. Proceeds from Perch and Instabowl sales will be donated to the nonprofit Stop AAPI Hate.

On Sunday, March 28, Bingo Beer Co. will host four area chefs known for their distinct Asian cuisine and culinary styles — Will Leung-Richardson of Kudzu Ramen, Vanna Hem of the pop-up Royal Pig, Daniel Harthausen of the pop-up Young Mother and Steve Yang — from 7 to 10 p.m.  Reservations are required, and 100% of proceeds from food and a portion of drink sales will go to Stop AAPI Hate.

The Richmond Experience has also curated a list of Asian American-owned businesses in the region to support now and always.

Studded with a rainbow of sprinkles, Unicorn Cookies have become a customer favorite at Tablespoons Bakery — the forthcoming brick-and-mortar bake shop currently operating as a cookie camper from The Next Move Program, a nonprofit that helps adults with developmental disabilities find employment — and in April, community members will be able to bake them at home. In honor of Autism Awareness Month, the bake shop will be selling limited-edition baking kits complete with the signature Unicorn Cookie Mix, with proceeds benefiting the nonprofit. (News release)

Laying Down the Law

While many imbibers and industry folks alike were hoping that cocktails to go — a move authorized last April that provided a key lifeline to restaurants and bars as dining rooms remained closed due to COVID-19 — were here to stay, Gov. Ralph Northam has announced approval of delivery and takeout cocktails, but only until July 1, 2022. (CBS 6)

Shout-out to all the Virginia farmers markets: Our growers and purveyors are officially considered essential workers during a state of emergency following the signage of House Bill 2302.

Passover is approaching, and whether you plan on sitting back and relaxing or busting out that apron in the kitchen, we’ve got you covered with takeout options and family recipes from Perly’s, pop-ups JewFro and Susie & Esther, and more. (Richmond magazine)

Ever Better, a coffee, tea and shake shop in the Fan, has come under fire on social media for its connections to multilevel marketing operation Herbalife as a supplier of the nutritional supplements in its beverages. (Richmond magazine)

Writer Keya Wingfield checks in with women chefs and community members who immigrated to the United States, discussing the role food plays in connecting them to their native countries. Wingfield also appears in the April issue of Richmond magazine, where we touch base with a trio of local chefs making appearances on culinary network shows. We’ve learned that Wingfield’s infant son, Daksh, has been diagnosed with a rare pulmonary condition, and a GoFundMe campaign has been launched to help. (Richmond magazine)

Known for combining baking and activism, Richmond baker Arley Arrington of Arley Cakes recently made a cake for a big-screen star — check out this blueberry-lemon-mascarpone beaut created for actress and entrepreneur Reese Witherspoon.

Nightingale Ice Cream Sandwiches is channeling all the nostalgia with its forthcoming permanent  flavor drop — look for the s’mores sammie to hit coolers April 1.

We strongly encourage everyone to make safe and smart decisions and adhere to municipal and business guidelines related to the pandemic.

In Other Food News …

Home Videos The WORLD of WINE – Wine News. Cheap wine, tasting notes and cooking with wine The World of Wine – May 2021 … END_OF_DOCUMENT_TOKEN_TO_BE_REPLACED

How to visit Napa Valley on a Budget. In this video Carson and I explain a few ways to enjoy Napa on the cheap. Tip and advice about how to visit Napa … END_OF_DOCUMENT_TOKEN_TO_BE_REPLACED

Home Videos Get To Know Argentina Wine | Wine Folly If you love Malbec, Argentina is your ultimate wine region. But that’s not … END_OF_DOCUMENT_TOKEN_TO_BE_REPLACED