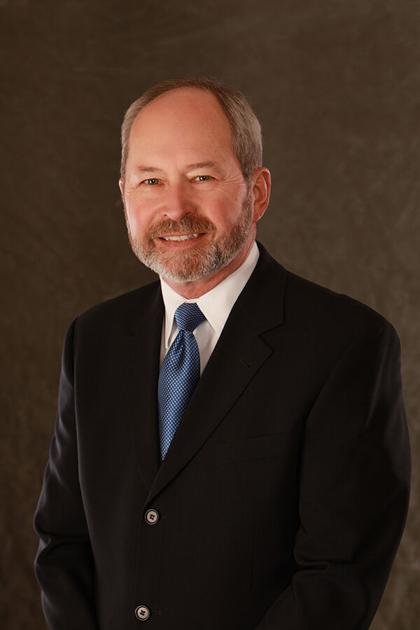 Dick was born in Spokane on August 3, 1949 to Fred Jr. and Billie Owens Johnson of Pine City, WA. He was raised and worked on the family wheat farm in Whitman County where his ancestors homesteaded prior to Washington’s statehood. Dick attended Pine City Elementary and graduated from St. John High School in 1967 and enjoyed the rural and small-town life of the ‘50s and ‘60s. He would eventually leave the farm behind, but always maintained a great sense of pride and love for the rolling wheat fields of the Palouse.

In 1971, Dick would go on to receive his Bachelor of Arts degree in Political Science from Washington State University where he was a member of the Alpha Gamma Rho fraternity and active in the ROTC. He went on to pursue his Juris Doctor degree from the Gonzaga University School of Law. He served on the editorial board of the Gonzaga Law Review and graduated as a top student in 1975. Following his time in law school, he served as a commissioned officer in the U.S. Army Military Police Corps.

When he completed his military service, Dick worked as an Assistant Attorney General in Spokane for the State of Washington primarily handling cases for the Department of Labor and Industries. He was a talented and accomplished trial lawyer and his career would bring him to Yakima, where he ultimately owned his own practice, Johnson and Johnson Law, alongside his sons Alex and Jeff. He established himself as a well-regarded personal injury attorney who worked tirelessly for his clients. Professionally, he was lead counsel in more than 30 cases decided by the Washington State Court of Appeals and argued six cases before the Washington State Supreme Court. He was also proud to have argued five federal cases before the United States Court of Appeals for the ninth circuit.

Dick met his beloved wife Janet while still in Spokane. They were married in 1976 and moved to the Yakima Valley in 1978 where they would make their home and raise their three sons. Dick was an involved father and grandfather and spent 15 years coaching youth football and baseball. He is a former President of the Yakima Valley Grid Kids Association and served as the Secretary-Treasurer of Yakima Youth Baseball/Yakima American Legion Baseball for 15 years. He was a sports fan and loved watching and supporting his sons’ and eventually grandchildren’s athletic endeavors.

Dick was generous and active in his community and was a participating member of Yakima’s Southwest Rotary Club. He also donated blood regularly; more than 22 gallons over the years. He was an avid Cougar football fan, an active WSU alumni member, a benefactor of the Washington State University Foundation, and proud member and supporter of the Cougar Athletic Fund. He was a WSU football season ticket holder for more than 30 years and through wins and losses, rain and sun and snow, rarely missed a home game. Traveling to Pullman to watch Cougar football together was a treasured pastime for the entire family.

Dick was gregarious and outgoing and a bright light at any gathering. He loved to spend time with friends and family. He always had a great time going out to dinner or just savoring a nice bottle of wine. He enjoyed traveling with his wife, wine tasting, and taking trips with his sister and brother-in-law.

Dick is survived by his wife Janet and their three sons Ryan (Kelly) of Yakima, Alex (Jennifer) of Kennewick, and Jeff (Andrea) of Kennewick, along with eight grandchildren, Drew, Maggie and Brooks Johnson; Olivia, Luke, and Blake Johnson; and Sunny and Quinn Johnson. He is also survived by his sister Terri Ann (Terry) Brown of Spokane, his brother Kris Johnson of Pine City, WA and numerous aunts, uncles, nieces, and nephews.

A private burial will take place at the Pine City Cemetery, Pine City, WA. A local celebration and memorial service honoring Dick’s life will be announced at a later date. In lieu of flowers, donations can be made to Yakima Southwest Rotary Club Charities at P.O. Box 1624, Yakima, WA 98907-1624.

Home Videos The WORLD of WINE – Wine News. Cheap wine, tasting notes and cooking with wine The World of Wine – May 2021 … END_OF_DOCUMENT_TOKEN_TO_BE_REPLACED

How to visit Napa Valley on a Budget. In this video Carson and I explain a few ways to enjoy Napa on the cheap. Tip and advice about how to visit Napa … END_OF_DOCUMENT_TOKEN_TO_BE_REPLACED

Home Videos Get To Know Argentina Wine | Wine Folly If you love Malbec, Argentina is your ultimate wine region. But that’s not … END_OF_DOCUMENT_TOKEN_TO_BE_REPLACED