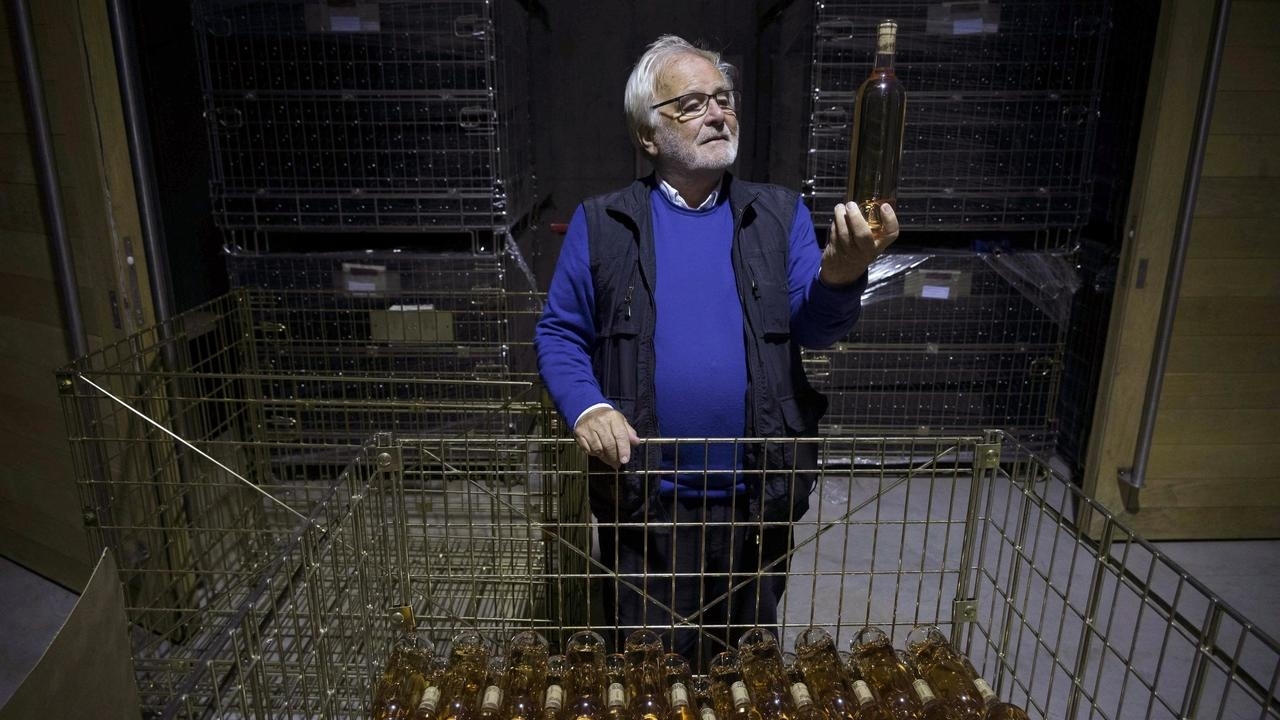 With the imminent arrival of American movie idol George Clooney, France’s rose vineyards have cemented their status as a prime target for wealthy investors wading into one of the hottest sectors of the wine market.

“No matter how many times I say I’m not selling, the offers keep getting higher,” said Jean-Louis Croquet, a 78-year-old statistician who made his fortune with the TNS Sofres polling firm.

Having bought Chateau Thuerry and its 400 hectares in 1998, Croquet has seen firsthand the race to buy up Provence properties along the French Riviera in recent years.

Deep-pocketed individuals as well as luxury giants like LVMH are getting in on the action, hoping to tap into the growing global demand for rose wine.

“I’ve had dozens of offers since the beginning of the year, including from LVMH, which is hunting like crazy,” said Croquet, whose son Thomas Mars of the pop band Phoenix is married to film Sofia Coppola.

He divides the new players into two categories: “The ones with tons of cash to invest, and the real wine lovers, like me.”

“The big groups want to dominate the rose market because they’ve seen it’s a fabulous business that benefits from a lot of marketing,” he added.

Croquet counts as a neighbour the British investor James Dyson, owner of the Domaine des Rabelles, which advertises a “Bio-Active” growing method for its grapes.

Agents specialising in French vineyards say buying acres in Provence is still cheaper than trying to gain a foothold in the more storied vineyards of Bordeaux or Bourgogne.

And for French investors at least, big wine investments are often motivated by more than a love of wine — ploughing cash into a vineyard can often be used to avoid taxes on the proceeds of selling a mature business.

The dry and rugged hills of the Var department, on the Mediterranean coast between Marseille and Cannes, are home to four of the most famous rose appellations — Bandol, Coteaux Varois, Cotes de Provence and Coteaux d’Aix-en-Provence.

Together they saw the largest growth in French wine exports last year, as producers have increasingly targeted the higher end of the market.

Clooney plans to buy the Domaine Le Canadel near the village of Brignoles, which includes an 18th-century manor with its own swimming pool and tennis court.

It’s about a half-hour drive from a vineyard the “Star Wars” producer George Lucas bought in 2017, and from the Miraval estate owned by the Hollywood ex-couple Brad Pitt and Angelina Jolie.

“It’s a very dynamic market,” said Adam Dakin of the Wine Objectives real estate agency, who estimates that around a third of Provence wine acreage has changed hands over the past 20 years.

He recently brokered a purchase by William Chase, the British millionaire behind Tyrrells crisps, and the 2020 sale of a vineyard owned by US industrialist Tom Bove to a French deli meat magnate, Michel Reybier.

This year, the Chanel fashion house made headlines with a second vineyard purchase on the idyllic island of Porquerolles, just off the coast La Londe-les-Maures, where LVMH bought the Chateau Galoupet in 2019.

Even if Clooney’s purchase isn’t quite a sure thing — the sale is being contested by another purported buyer — his interest is getting a cautious welcome from locals.

“It gets people talking about us and leads to higher-quality wine overall,” said Luc Niviere, 56, the fourth generation of his family-owned Domaine des Trois Terres, who would be one of Clooney’s closest neighbours.

Niviere said he still marvels at the “pharaonic” works carried out at the Fontainebleau estate by the French IT services entrepreneur Jean-Louis Bouchard, including a “panoramic” tasting cellar that can be rented out for private events.

“But if tomorrow I want to buy a hectare of vines, it’ll be difficult because there’s no limit to what these guys can spend,” he said.

Home Videos The WORLD of WINE – Wine News. Cheap wine, tasting notes and cooking with wine The World of Wine – May 2021 … END_OF_DOCUMENT_TOKEN_TO_BE_REPLACED

How to visit Napa Valley on a Budget. In this video Carson and I explain a few ways to enjoy Napa on the cheap. Tip and advice about how to visit Napa … END_OF_DOCUMENT_TOKEN_TO_BE_REPLACED

Home Videos Get To Know Argentina Wine | Wine Folly If you love Malbec, Argentina is your ultimate wine region. But that’s not … END_OF_DOCUMENT_TOKEN_TO_BE_REPLACED