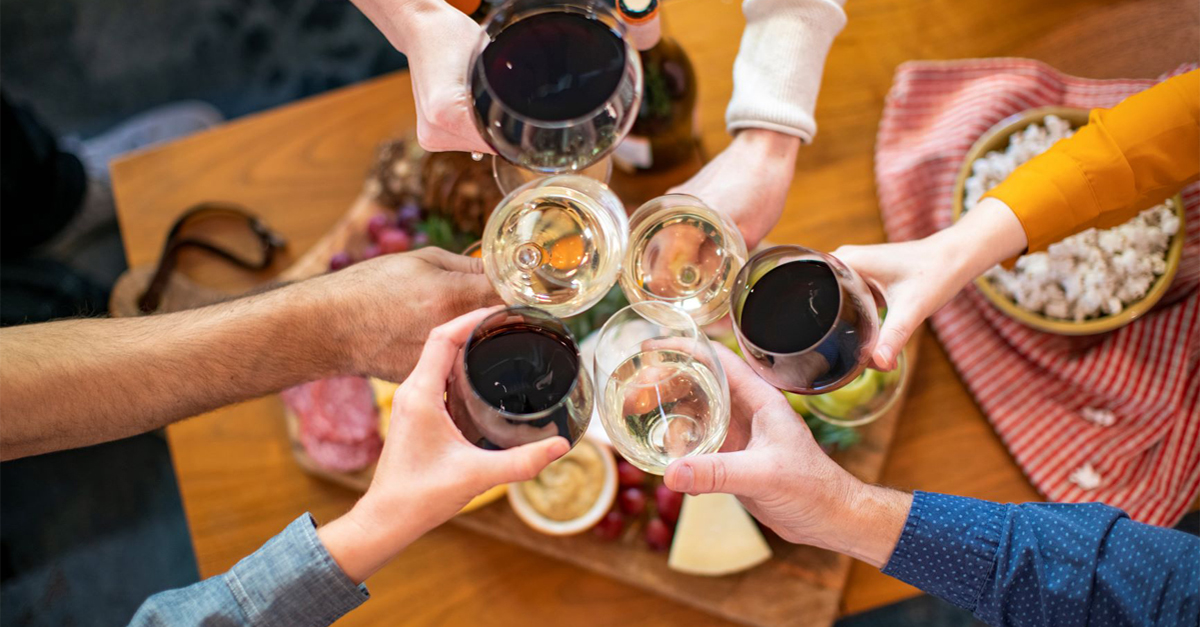 “Some people get intimidated by food and wine pairings, but the reality is it’s a lot easier than most people realize,” says chef Joseph Thadeus Martinez. “Anyone who wants to try a wine pairing with their nightly dinner should absolutely give it a shot.”

You may be thinking, “Well, he’s a chef, so of course it’s easy.” But if you choose a bottle of Tempranillo or Verdejo from the sister regions of Ribera y Rueda in Spain, it really is that simple. These wines have a long history of pairing with all sorts of diverse fare so they complement plenty of dishes and flavor profiles —maybe even something you’re making for dinner tonight. The chances of failing are slim.

Ribera del Duero and Rueda are two adjacent regions in central Spain near Madrid. These regions are home to families who have tended grapes for generations and make wines from vines that may be older than the winemakers themselves. The regions package together nicely since Ribera del Duero is world famous for its red wines, all produced from Tinto Fino, as Tempranillo is known locally; Rueda is renowned for its refreshing whites — made from Verdejo or Sauvignon Blanc — and the wines are often available for less than $20 a bottle. Between the two regions, you’ll have any meal covered.

Even though one region focuses on white and the other red, these wines have a common thread in their styles: an ability to balance freshness with impactful, bold flavor. “Freshness doesn’t necessarily connote youth; however, it does imply a liveliness,” explains Chris Poldoian, a sommelier who works with the Ribera y Rueda regions. “There’s a vivacity to the wines.”

The story of these wines is really a chronicle of Spanish terroir, adds Poldoian. The regions produce some of the most authentic wines made in the country. Ribera del Duero’s hot days and cold nights in the high-elevation vineyards create the perfect environment to deliver concentrated red wines. The Tinto Fino grapes retain their acidity while achieving peak ripeness, giving the resulting wine balance, freshness, and the ability to age. There’s a reason these big reds pair with the roasted red meats typical of Spanish cuisine, and some have been named among the best wines in the world by critics and collectors alike.

Rueda as a white wine destination has vineyards producing zippy and bright Verdejo and Sauvignon Blanc. Some even compare the Sauvignon Blanc wines to white Bordeaux, thanks to their round texture and orchard fruit flavors that see a hint of oak aging. The Verdejo is the real star, though — a citrusy, usually stainless steel-aged wine that lends itself to any sort of seafood, though you will find richer styles with a bit of oak or produced from old vines as well. Master of Wine Lindsay Pomeroy calls the wines “mouthwatering” and notes that their refreshing qualities make them the go-to sipper for any afternoon aperitif.

It’s this striking acidity, combined with its floral and citrus notes, that Martinez — who is chef de cuisine at Silo Restaurant Group in San Antonio — admires about the Verdejo. He likes to pair the wine with seafood, pork, and even sheep’s milk cheeses — any ingredient that does well with citrus accents. But the ultimate dish may just be his seared scallops, served with braised vegetables and a fish sauce. “The Verdejo ties in as the sweetness of the scallops plays off the richness of the sauce, the brightness of the pickled vegetables, and even the pepper notes from the nasturtium leaves [in the recipe],” he says.

Martinez takes his inspiration from the Mediterranean, rightfully so, but Ribera y Rueda wines can travel much further, too. For Chef Rosana Rivera, culinary head of Epicure Hospitality in Tampa, it’s all about the rich Ribera del Duero reds for pairing with Mexican flavors like her birria queso tacos. The juicy wines offer the structure and acidity that can stand up to robust stewed meat, spicy peppers, fatty cheeses, and the savory birria broth used to dip the tacos. For her, the iconic cherry, cinnamon, and smokiness of the wines enhances the complex flavors in the broth.

“Wines from Ribera are known for rich, bold flavors, which are things that I find in the birria dish: smokiness from the chiles, sweetness from the cinnamon, and earthiness from the cumin and clove,” Rivera says. She even adds a healthy pour of wine to the sauce.

Ribera y Rueda wines also reflect the perk to drinking Spanish wines in general: their value. The quality of wine you get for the price point here is so much less than other highly regarded regions, and it comes down to the fact that Spaniards have a deep heritage of winemaking (and drinking). Their wines have always been crafted with a weekday dinner in mind. Pomeroy explains that Ribera y Rueda wines consistently over-deliver, and much of that has to do with the cost to make the wine and less overhead for the producers to recoup in a bottle price. The wines offer quality and flavor without the excessive cost.

“Both these regions are great examples of Spain’s approach as a whole: great quality wines that are darn tasty and something you can afford to drink daily,” Pomeroy says. “That is the reason to love Spanish wines.”

This article is sponsored by D.O. Rueda and D.O. Ribera del Duero.

Home Videos The WORLD of WINE – Wine News. Cheap wine, tasting notes and cooking with wine The World of Wine – May 2021 … END_OF_DOCUMENT_TOKEN_TO_BE_REPLACED

How to visit Napa Valley on a Budget. In this video Carson and I explain a few ways to enjoy Napa on the cheap. Tip and advice about how to visit Napa … END_OF_DOCUMENT_TOKEN_TO_BE_REPLACED

Home Videos Get To Know Argentina Wine | Wine Folly If you love Malbec, Argentina is your ultimate wine region. But that’s not … END_OF_DOCUMENT_TOKEN_TO_BE_REPLACED