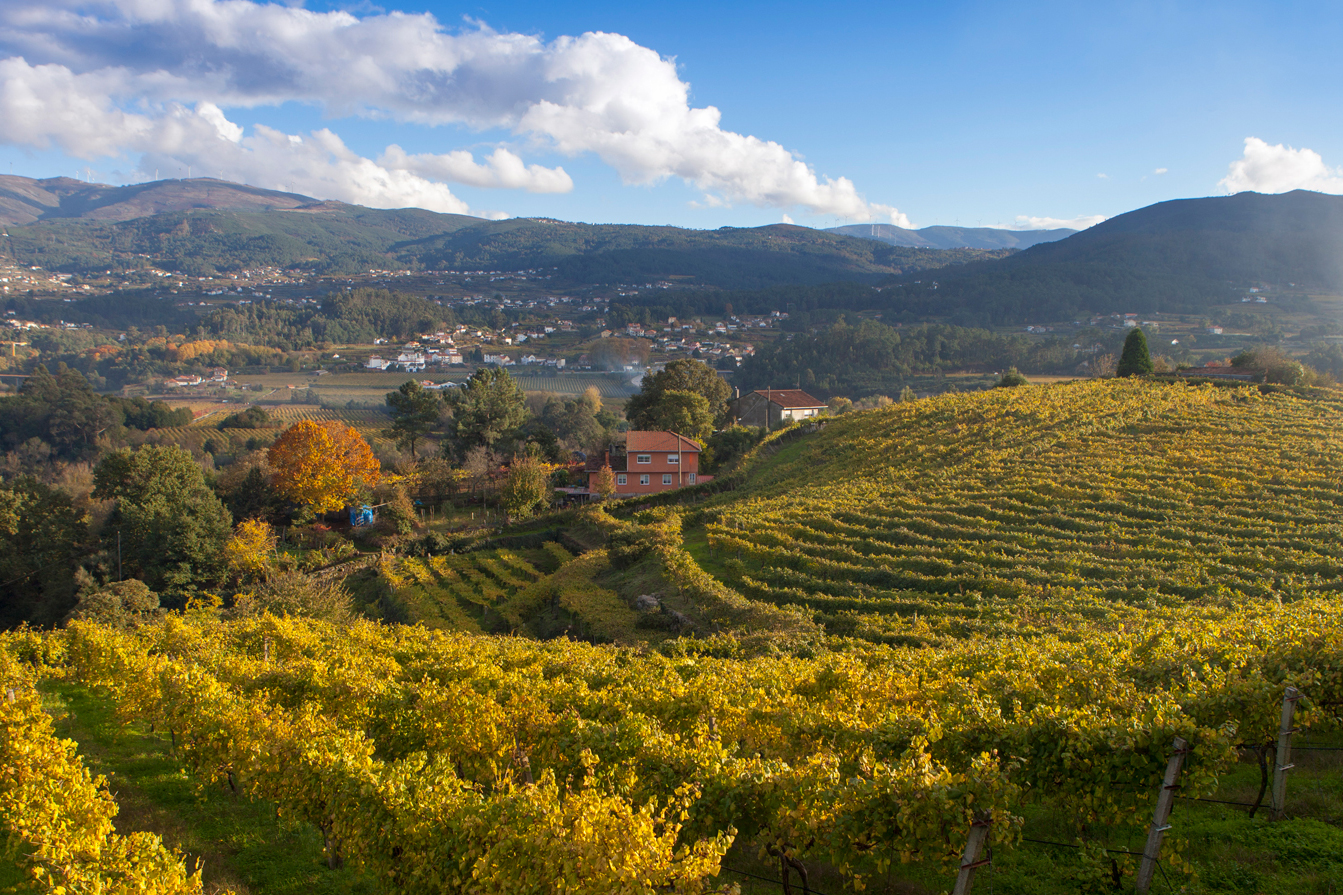 Rías Baixas makes some of the world’s most elegant white wines. The wine region occupies a lush green corridor of northwest Spain on the cool, Atlantic coast, an area known as Galicia. Ample rainfall makes it tough to ripen reds, but it hardly matters when your resident white grape is Albariño. Local growers have mastered the art of growing their superstar varietal—a true people pleaser of a wine, Albariño delivers depth and complexity that appeals to the somm crowd, and is also aromatic and tasty, a personality we all crave in white wine.

Scientists are now convinced that Albariño originated in Rías Baixas. It makes sense: the wines are crisp, light, and fresh, tasting of sea spray and minerality typical of a maritime appellation or Denomination of Origin (DO), as it is known in Spain. With high natural acidity, stone fruit and citrus flavors, Albariño embodies a natural elegance born of misty, cool conditions. The wines pair beautifully with the renowned local seafood pulled from the cold waters of the Atlantic—further evidence of the wine’s true place.

Often referred to as “Green Spain,” Galicia has preserved many ancient Celtic traditions, including a distinct language with more than 100 terms for rain (giving whole new meaning to the “rain that falls in Spain.”) The region also has a distinct winemaking culture. Local viticulture is highly adapted to the cool climate and managed by mostly small independent land holders eager to preserve family legacies. Fun fact: the wineries boast more than 50% of female winemakers at the helm, a tradition that dates back to the days when the men of Galicia were at sea, leaving women in charge.

Albariño is grown in five distinct sub-zones of the Rías Baixas region. Val do Salnés, often referred to as the birthplace of Albariño, surrounds the town of Cambados, with the highest concentration of vineyards and wineries. The cool coastal location on granitic soils infuses Albariño with salty minerality and brisk character. The southernmost O Rosal sub-zone borders Portugal; the climate is slightly warmer, resulting in generous peach and nectarine flavors. Here, Albariño might be bottled as a single varietal or blended with other white grapes like Loureiro, Treixadura, Caíño Blanco, and Godello. More inland, Condado de Tea is named for a tributary of the Miño River where Albariño thrives. The softer, round wines reflect the warmer, drier conditions of the vineyard sites. Further north, cool breezes build brisk character into the tiny Soutomaior district, and Ribeira do Ulla, the northernmost sub-zone.

There are real nuances from one area to the next, and many winemakers like to blend between sub-zones to highlight distinct characteristics. Here are some wineries to try:

Pazos de Lusco (Condado do Tea) Conditions in Condado de Tea favor great ripening in the wines from this boutique estate. Pazo Piñeiro, a 16th Century “pazo” or country house, lies at the center surrounded by 12 acres of Albariño.

Adegas Valmiñor (O Rosal) Winemaker Cristina Mantilla is committed to Albariño but has embraced innovation with the first rosé and experimentation with Treixadura, Loureiro and Caíño Blanco.

Altos de Torona (O Rosal) Situated on a hill overlooking the Atlantic, the vineyard is the largest single plot in Rías Baixas, planted mainly to Albariño, with additional Caíño, Godello and Loureiro. Led by Pablo Ibáñez, a 3rd generation family winemaker, and committed to Biodiversity.

Bodega Veiga Naúm (Val do Salnés) Veiga Naúm works exclusively with Albariño from small plots of vineyards with an average age of fifteen years. The result is great fruit intensity and freshness.

Bodegas LA VAL (Condado do Tea) La Val was one of the first wineries to source grapes exclusively from its own vineyards. Plantings span 148 acres and 4 estates, resulting in terroir-driven wines with a range of complexity and minerality.

Bodegas Granbazán (Val do Salnés) A magnificent château surrounded by pergola-trained vines, Granbazán pays attention to every detail in the pursuit of excellence, including planting at different elevations, micro-vinifications, hand-picked fruit and native yeasts.

Home Videos The WORLD of WINE – Wine News. Cheap wine, tasting notes and cooking with wine The World of Wine – May 2021 … END_OF_DOCUMENT_TOKEN_TO_BE_REPLACED

How to visit Napa Valley on a Budget. In this video Carson and I explain a few ways to enjoy Napa on the cheap. Tip and advice about how to visit Napa … END_OF_DOCUMENT_TOKEN_TO_BE_REPLACED

Home Videos Get To Know Argentina Wine | Wine Folly If you love Malbec, Argentina is your ultimate wine region. But that’s not … END_OF_DOCUMENT_TOKEN_TO_BE_REPLACED