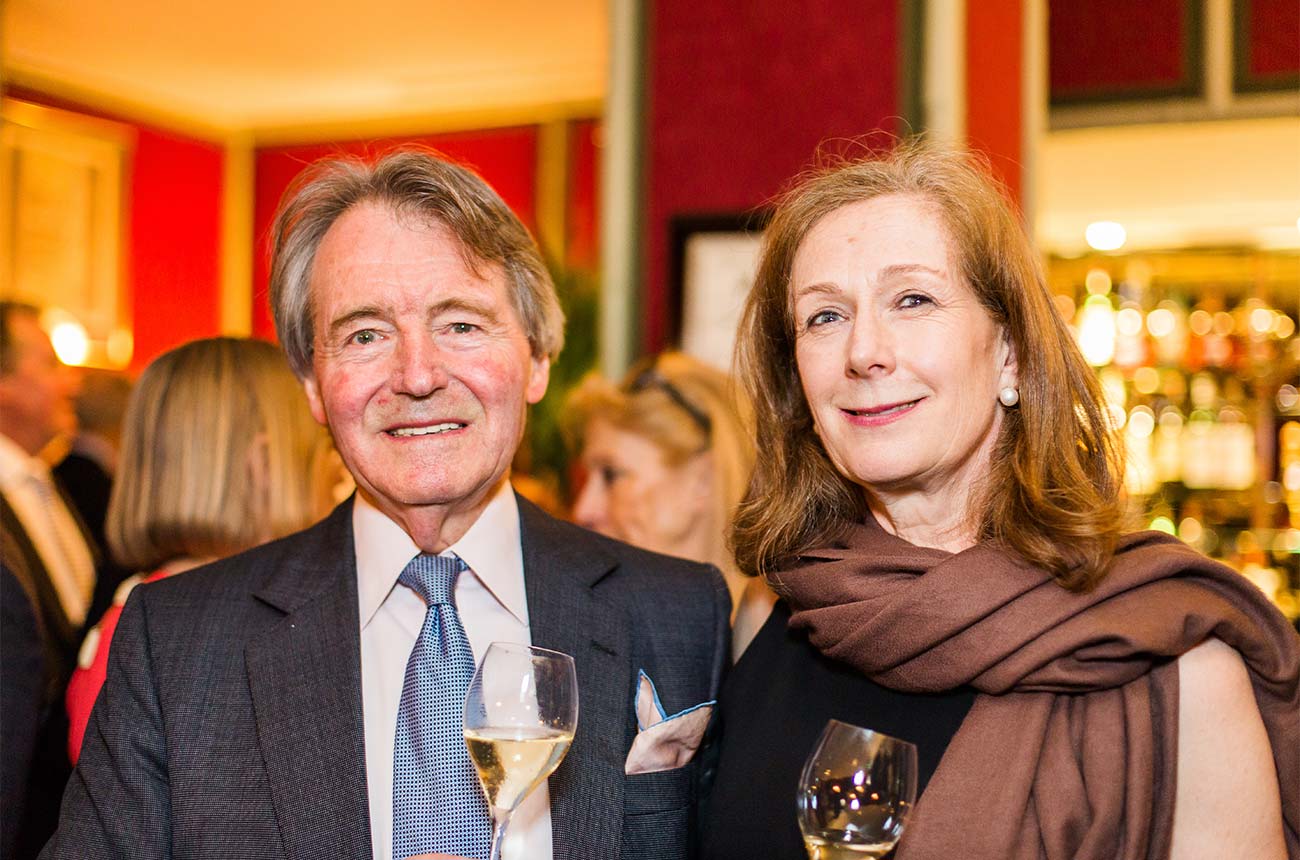 There are a few moments in your life you remember with utter clarity – the night I met Steven Spurrier at the Wine and Spirit Trade Ball is one.

I had just come off the dance floor with Bollew Broadbent, son of Michael, when we bumped into the ever elegantly dressed Steven. On enquiring how he was, he told me without the slightest embarrassment that he had just been fired from his job at Harrods.

Steven’s transgression was that he had gotten a huge amount of publicity about his appointment, and his high personal profile was reportedly a factor in strained relations with the then owner, Mohamed Al-Fayed. (Steven told me later that, during his dismissal, Al-Fayed had explained that Harrods was the baby and his job was to push the pram. Steven had replied, ‘Well, you shouldn’t have hired such an attractive nanny.’)

Al Fayed’s loss was Decanter’s gain. I immediately asked him to come and work with us. It was the best decision I ever made for Decanter in my 32 years there.

Steven wrote more than 300 columns for Decanter, 100 or so short of the record of his mentor and hero, Michael Broadbent.

Steven’s accomplishments have been well documented: The Judgement of Paris tasting, creating the Académie du Vin in Paris, launching the Christie’s wine course with Michael Broadbent, and helping to set the standards for groups such as the Society of Wine Educators in the US, for example.

But what may have not been recognised was the extraordinary part he played in Decanter’s growth and reputation around the world.

His attitude to wine was the foundation of how Decanter approached wine, and I relied on his advice and his opinion, which was always carefully thought through and balanced.

The esteem he was held in from every corner of the wine world was total; Decanter could not have had a greater ambassador.

Above all, Steven was a purist about quality. He was as excited about a brilliant Beaujolais or Indian sparkling as a top Bordeaux wine.

What mattered to him was its intrinsic quality and how it expressed the vineyard. When I interviewed him last year for my podcast, The Wine Conversation, about his trip to Uruguay, he revealed that he thought the term terroir was overused, and said he preferred the term ‘vineyard wine.’

It was typical of Steven that in his late 70s he was still flying around the world discovering new wines, making new friends, and sharing his knowledge.

He was internationally recognised as one of the great wine commentators, and despite “The Judgement of Paris,” was still regarded by the great French estates as one of the best judges of their wines.

One leading French luminary summed it up thus, ‘Steven had a deep knowledge of the vineyards, the people and the wines, wide scope which empowered him to write about wines from Greece, Israel, Uruguay and elsewhere.’

Too true. It also made him the ideal person to become the Chair of the Decanter World Wine Awards, which we launched together, along with Christelle Guibert, Decanter’s tasting director, back in 2004.

It wasn’t hard to attract the best wine tasters to the awards–they all wanted to taste with Steven. His rules and his guidance led the awards to become the largest wine competition in the world, and he, like me, was thrilled to see how it enabled small producers from everywhere to be recognised for the quality of their good work.

For all his many professional accomplishments, his greatest was how many people he managed to touch in his life and the incredibly happy memories he has left them–always ready to share his knowledge, a most generous person with his time and wisdom.

Never pompous, always modest, incredibly kind, he was the person everyone wanted to sit next to. Conversations ranged far and wide: art, latest book, an article in The New York Times, whatever was on your mind (for he was also a great listener).

For Steven, wine was part of a civilised life, not just a liquid to be analysed and prodded and poked. His autobiography is entitled ‘A life in Wine‘. Indeed. What a life it was, and how fortunate we, whom he referred to as the Decanter family, were to have him in ours.

Sarah Kemp is Decanter’s former publishing director and managing director. She is the founder of The Wine Conversation.

Steven Spurrier – my top Bordeaux wines of all time

Home Videos The WORLD of WINE – Wine News. Cheap wine, tasting notes and cooking with wine The World of Wine – May 2021 … END_OF_DOCUMENT_TOKEN_TO_BE_REPLACED

How to visit Napa Valley on a Budget. In this video Carson and I explain a few ways to enjoy Napa on the cheap. Tip and advice about how to visit Napa … END_OF_DOCUMENT_TOKEN_TO_BE_REPLACED

Home Videos Get To Know Argentina Wine | Wine Folly If you love Malbec, Argentina is your ultimate wine region. But that’s not … END_OF_DOCUMENT_TOKEN_TO_BE_REPLACED