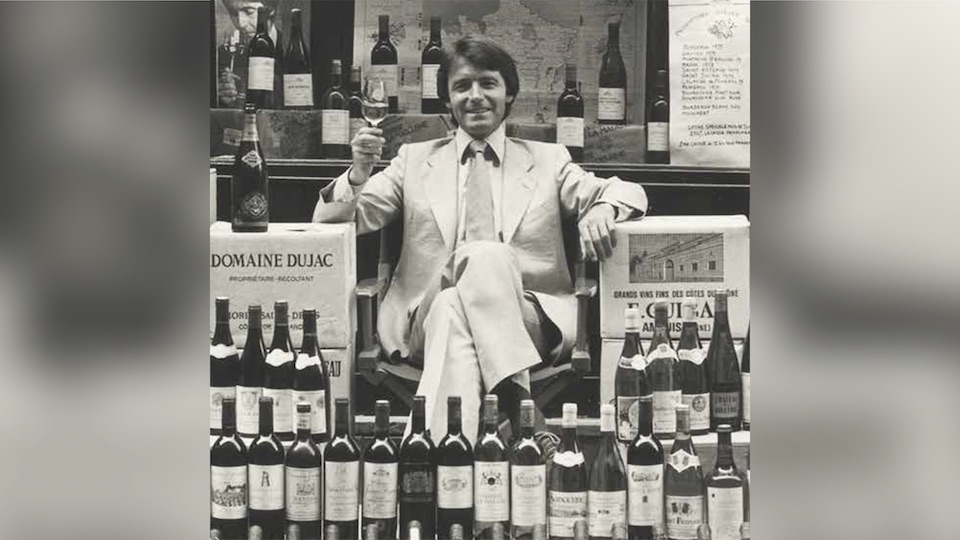 No sooner had we come to terms with the passing of Michael Broadbent last year, we learn of the loss of his great friend Steven Spurrier on 9 March. For me, his passing came as even greater shock because he was the epitome of the indefatigable wine writer. In the 20 years that I have known him, rarely did I attend a tasting where I did not spot him immaculately dressed in suit and tie, flitting from one table to another, jotting down tasting notes or chatting with winemakers, always sprightly, garrulous and disarmingly affable. It did not matter whether it was a prestigious tasting of old claret or cheap and cheerful vino from some unknown wine region – if Spurrier could attend, then he would attend. He exuded the enthusiasm of someone attending their inaugural wine tasting. He never lost his sense of fun or boyishness. Life was for living to the full.

And boy, did he led a remarkable life. Born into wealth, by his own admission, he was an almost comically bad businessman who lost a chunk of the fortune inherited from his father’s cement business thanks to conmen who exploited his deep well of kindness and numerous investments so ill-advised that Spurrier himself would look back and laugh. He did not dwell too long on setbacks. He dusted himself off and applied the same vim and vigour to his next project, the next trip or his latest discovery, whether that was wine or his other great passion, objets d‘art.

I met Spurrier right at the beginning of my career, but really got to know him as a fellow member of the Southwold tasting group, where we would spend three days together. He was such a kind-hearted gentleman, in the true sense of the word, that he bristled hearing others disparage wines and would stoutly defend their honor. Sometimes I would be concentrating upon the flight of wine, when I would overhear Spurrier embarking upon some riveting and more often than not, unrepeatable anecdote about some or such proprietor’s dalliance or misdemeanor. His immense knowledge was gleaned not from reading books or even tasting a vast number of wines, but rather living a life through wine. In some senses, he had a conservative palate, a penchant for good English claret, old school. On the other hand, he was open-minded and endlessly inquisitive. He presciently welcomed the New World when many gave those countries short shrift. This led him to organize a blind tasting in 1976 that will forever divide wine appreciation into “before” and “after”. More on that later. Always off on a plane somewhere, he tasted and traveled far and wide, but in recent years, focused on matters closer to home, establishing his own vineyard in Dorset, Bride Valley with his wife Bella. As has been said countless times, Spurrier was instrumental in encouraging and expanding wine education, whether through his long-running column at Decanter magazine, the Académie du Vin wine schools that he opened first in Paris, also the Christies’ wine course or simply by being tapped on the shoulder by a stranger wondering if they could ask a question. His answer would always be, “Yes, of course”.

Spurrier was unstinting in his encouragement to myself and countless others. He always wanted to help. On countless occasions, someone would get in touch because Spurrier had given my name. There was never any sense of quid pro quo. What he and others like Michael Broadbent and John Avery had in common was a desire to build their own knowledge in order to share it with others. Spurrier wanted to make sure that the baton was passed on to the next generation, which is why irrespective of age, he was able to communicate across age groups.

His eventful life is well worth reading about in his 2018 memoir, the aptly titled Wine – A Way of Life that is crammed full of anecdotes, such as returning to his Fulham flat to find Jimi Hendrix sitting in his living room. I had been planning to ask him about that when we would next meet. (As an aside, if you want to know what he was like, read this rather than the biopic Bottle Shock. Spurrier disdained the film for its inaccuracies and the fact that they cast Alan Rickman to play him instead of Hugh Grant.) Certainly the 1976 Judgment of Paris tasting will be his most famous legacy and in a spirit of trans-Atlantic collaboration, it is more fitting for Antonio Galloni to explain its lasting impact.

It’s hard to follow anything Neal writes. Fortunately, it’s not something that happens often. I only met Steven Spurrier a few times, and it was always in passing, at some tasting or other in London. I regret never having taken the time to sit down with him for an in-depth chat. We were scheduled to be together in Napa Valley for a re-enactment of the famous Judgment of Paris tasting, but, sadly, that never came to pass.

Very few individuals leave a permanent mark in their lives, a true legacy that inspires future generations. Steven Spurrier did just that when he organized a very famous blind tasting of top American and French wines on May 24, 1976.

In the mid 1970s Spurrier lived in Paris, where he ran his Les Caves de la Madeleine shop and L’Academie du Vin, credited as the first private wine school in France. As the Unites States’ bicentennial approached in 1976, Spurrier and his associate Patricia Gallagher decided to host a blind tasting of the best California and French wines. At the time, California wines were practically unknown and not easy to find in Europe, and certainly not regarded on the same level as the best from Bordeaux or Burgundy. Spurrier bought the California wines on a trip to the US earlier that year, and the bottles were hand carried back to France by several friends. It was a different time.

As most people know by now, California wines came out on top over their more famous French cousins in both the red and white categories, sending a huge shock wave around the wine world. To understand how significant the results were, a closer look at the tasting might be instructive. The tasting was held in Paris. Of the eleven judges, nine were French. They included Aubert de Villaine of Domaine de la Romanée-Conti, Odette Kahn, Editor of La Revue du Vin de France and Michel Dovaz of the Wine Institute of France. Spurrier was the lone Brit, while Gallagher, Director of Spurrier’s L’Academie du Vin, was the sole American, but only the scores from the nine French judges were counted. American reporter George Taber was on hand to document the proceedings. His account became the official record of what must have been an incredible day.

The top red was judged to be Warren Winiarski’s 1973 Stag’s Leap Wine Cellars Cabernet Sauvignon, a wine in just its second vintage made from vines planted in 1970. It bested the 1970 Mouton-Rothschild, Montrose and Haut-Brion, which came in 2nd, 3rd and 4th, respectively. Chateau Montelena took top honors in the Chardonnay with their 1973, which was made predominantly from fruit in Alexander Valley and the Russian River Valley and, like the Stag’s Leap, only in its second vintage. The Montelena Chardonnay beat out wines from the likes of Leflaive, Roulot and Drouhin. Of course, Burgundy back then was not what it is today, but the showing of the California Chardonnays is truly remarkable considering how new everything was during that time. Speaking only for myself, I am not a huge fan of the idea of competition in wine, but there is no question the Judgment of Paris forever changed the history of American wine and the fortunes of the California estates that were involved.

Of course, Spurrier’s legacy is far greater than just the Judgment of Paris. There’s probably enough to fill a book or two, as is pretty clear from this short tribute. Steven Spurrier’s kindness, graciousness and appreciation for life will be remembered by all those who knew him.

Home Videos The WORLD of WINE – Wine News. Cheap wine, tasting notes and cooking with wine The World of Wine – May 2021 … END_OF_DOCUMENT_TOKEN_TO_BE_REPLACED

How to visit Napa Valley on a Budget. In this video Carson and I explain a few ways to enjoy Napa on the cheap. Tip and advice about how to visit Napa … END_OF_DOCUMENT_TOKEN_TO_BE_REPLACED

Home Videos Get To Know Argentina Wine | Wine Folly If you love Malbec, Argentina is your ultimate wine region. But that’s not … END_OF_DOCUMENT_TOKEN_TO_BE_REPLACED