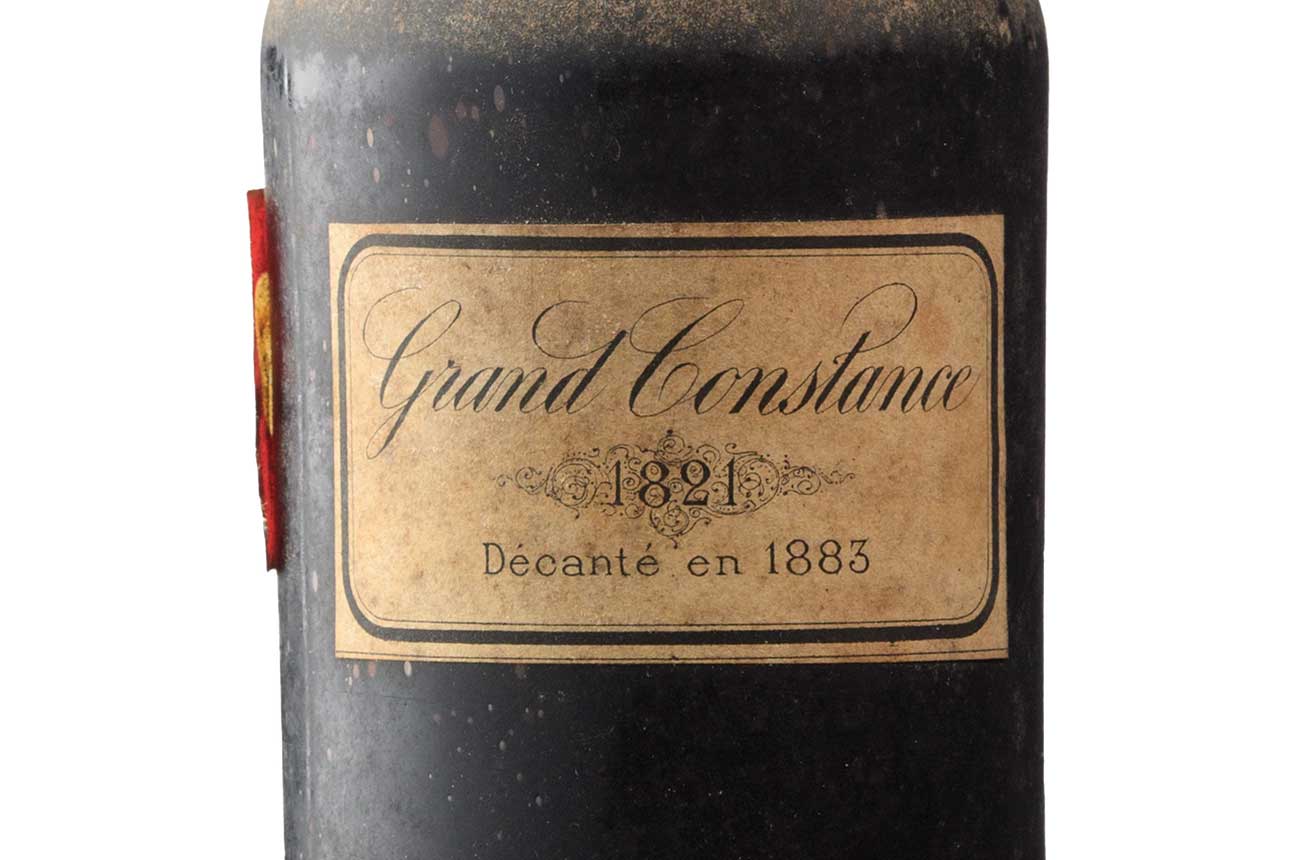 ‘It’s a true unicorn wine,’ said Charlie Foley, an auctioneer at Christie’s who presided over the CFRWA, before the 22 May sale.

Organisers said a UK-based Christie’s client bought the bottle, which is ‘perhaps one of only 12 remaining in the world’.

It was once part of a case of the rare, sought-after sweet wine destined to keep Napoleon company on his island prison of St Helena in the middle of the South Atlantic ocean.

But Napoleon died on 5 May 1821, as that year’s harvest was still ripening in the vineyard.

Napoleon wasn’t the only high-profile admirer of wines from the renowned Groot Constantia vineyard in modern-day South Africa.

Constantia wines had begun to achieve notoriety more than a century earlier. By the 1800s, fans had ranged from George Washington to King George III and Frederick the Great.

Today, Klein Constantia’s Vin de Constance is one of the most sought-after sweet wines in the world.

According to CFRWA, the Grand Constance 1821 sold at its 22 May auction was one of three bottles stored by South African drinks maker Distell, and its predecessor company, since being acquired at auction in the 1980s.

All three bottles were recorked in 2019, with a seal containing a unique, traceable code added.

Niel Groenewald, MD of Nederburg wine estate and head of CFRWA, said of the Grand Constance 1821 prior to last weekend’s sale, ‘A treasure of this calibre presents itself perhaps once in a lifetime, and anyone lucky enough to secure this wine at auction will be rewarded with an unbelievable valuable piece of wine history.’

The auction, live-streamed from the Rupert Museum in Stellenbosch and held in association with Christie’s, features some of South Africa’s finest and rarest wines.

Groenewald said after the sale, ‘Following a year that has impacted the South African wine industry like no other, the Cape Fine & Rare Wine Auction today became a beacon of resilience, showcasing the tenacious spirit of the country’s wine makers – and the massive favour they carry with wine enthusiasts globally.’

Since its creation in 1975, the auction has also supported charitable causes.

This year, organisers said more than 130,000 rand had been raised for the Pinotage Youth Academy, which provides programmes to help young people find employment in the wine industry and related sectors.

How does bidding at online auctions work?

Home Videos The WORLD of WINE – Wine News. Cheap wine, tasting notes and cooking with wine The World of Wine – May 2021 … END_OF_DOCUMENT_TOKEN_TO_BE_REPLACED

How to visit Napa Valley on a Budget. In this video Carson and I explain a few ways to enjoy Napa on the cheap. Tip and advice about how to visit Napa … END_OF_DOCUMENT_TOKEN_TO_BE_REPLACED

Home Videos Get To Know Argentina Wine | Wine Folly If you love Malbec, Argentina is your ultimate wine region. But that’s not … END_OF_DOCUMENT_TOKEN_TO_BE_REPLACED