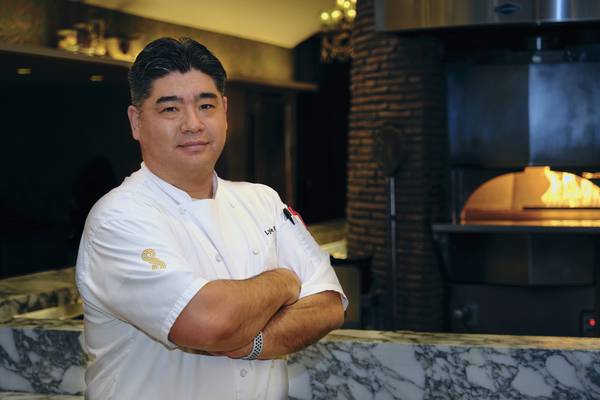 Sahara Las Vegas has promoted Lyle Kaku to executive chef. Kaku has served as executive sous chef at the resort since 2018 and will now play a key role in the development and opening of new restaurants coming to the property this year, including Chickie’s & Pete’s, Noodle Den and Ballo. Kaku has held prominent positions at hotels and restaurants in Las Vegas, Maui, New Orleans and San Francisco. Sahara also recently announced a partnership with Mr Yum, making it the first casino resort in Las Vegas to debut the mobile ordering platform from Melbourne, Australia. Now available at Northside Café & Chinese Kitchen and soon to launch at Uno Mas Street Tacos & Spirits, Mr Yum allows guests to order directly from smartphones for takeout or in-venue dining right at their table.

Food Network personality and chef Jet Tila, who originally landed in Las Vegas to open Wazuzu at Encore in 2008, opened Dragon Tiger Noodle Company locations on Southern Highlands Parkway and St. Rose Parkway over the weekend. Both stores are open daily from 10 a.m. until midnight serving customizable bowls with a variety of noodle styles, broth flavors and proteins such as braised pork belly, grilled tofu and char-broiled chicken. Tila currently has 20 stores in development in Nevada, Colorado and Washington and is looking to expand to the Summerlin area next.

Sugar Factory American Brasserie is set to open a three-story flagship location at the Harmon Corner this summer. The family-friendly restaurant, bar and retail shop famous for over-the-top sweet treats will have a walk-up bar accessible from the pedestrian bridge on Las Vegas Boulevard and Harmon Avenue, a 14,000-square-foot restaurant space with 230 seats, two 30-seat bars and a 30-seat patio overlooking the Strip. The third level will feature a candy store and candy dot rock climbing wall. The new Sugar Factory will be open for brunch, lunch and dinner.

CraftHaus Brewery will tape its special benefit beer, StationHaus Smoked Red Lager, during an event at its Henderson brewery on April 24 from noon until 3 p.m. In the second year partnering with the Henderson Firefighters Benevolent Association, CraftHaus created the collaboration brew that will direct proceeds to Angel Fire Department, a nonprofit organization providing assistance to burn victims and those dealing with serious illnesses. The event will offer photo opportunities on a fire truck, meet-and-greets, snacks from Smiley Pies and more.

Oscar’s Diner Series at Oscar’s Steakhouse at the Plaza continues on April 28 at 6 p.m. when guests will enjoy a special dinner with former Las Vegas Mayor Oscar Goodman speaking on “Reputed Mob Bosses and Me, Part One.” The three-course dinner will feature a wine pairing and an entrée choice of filet mignon or Mediterranean sea bass. Tickets are $150 and available for parties of two, four and six, available at plazahotelcasino.com.

Valley Cheese & Wine’s beloved in-store happy hour is back and bigger than ever. Customers can enjoy a cheese and charcuterie board paired with a bottle of wine for $35 and the shop also has introduced wine and cheese flights during happy hour, crafted by expert Diana Brier and sommelier Christine Barr. Happy hour is available Tuesday through Friday from 2 to 6 p.m. and can also be ordered to go. Reservations are encouraged but not required.

Burger chain Farmer Boys is commemorating its 40th anniversary by teaming with Las Vegas tattoo shop Rockin Ink Tattoo to offer fans a free permanent Farmer Boys tattoo that comes with free burgers for a year. The tattoo is available to all guests over the age of 18 and participants must sign up at farmerboys.com by May 21. Participating locations also will be distributing free temporary anniversary tattoos through June 7.

Landini’s Pizzeria on Russell Road has launched new family-style meals available for dine-in and takeout. Made for parties of four or more, each meal includes two 18-inch pies with two toppings, one house salad, one pasta of choice and two tiramisu for dessert. Packages are priced at $65 with four sodas or $85 with one bottle of wine or four bottles of beer.

Arizona Charlie’s casinos on South Decatur Boulevard and Boulder Highway are adding new locations of Dunkin’ and PT’s Express next month. The new offerings will take the place of Charlie’s Cheesesteak Del and Noble Roman’s Pizza and Subway stores at the neighborhood casinos. PT’s Express will offer favorite dishes from PT’s Taverns including bone-in and boneless wings, sliders, cheesesteaks and more, while both Dunkin’ locations will feature the company’s new generation store design and serve signature cold drinks on coffee taps.

An award-winning writer who has been documenting life in Las Vegas for more than 20 years, Brock Radke covers entertainment …

Home Videos The WORLD of WINE – Wine News. Cheap wine, tasting notes and cooking with wine The World of Wine – May 2021 … END_OF_DOCUMENT_TOKEN_TO_BE_REPLACED

How to visit Napa Valley on a Budget. In this video Carson and I explain a few ways to enjoy Napa on the cheap. Tip and advice about how to visit Napa … END_OF_DOCUMENT_TOKEN_TO_BE_REPLACED

Home Videos Get To Know Argentina Wine | Wine Folly If you love Malbec, Argentina is your ultimate wine region. But that’s not … END_OF_DOCUMENT_TOKEN_TO_BE_REPLACED