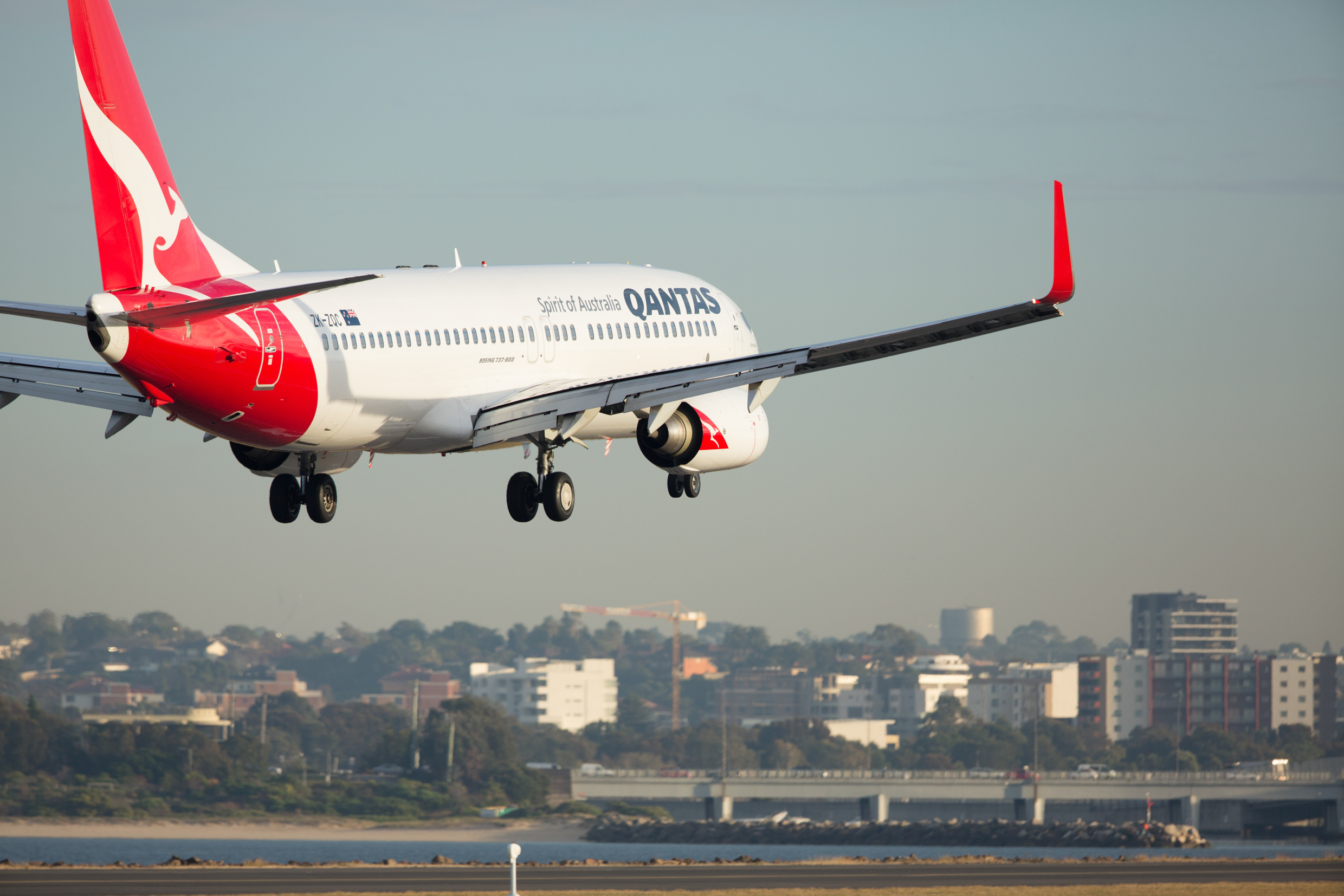 Qantas flew the first of its three “weekend adventure” mystery flights on Saturday. In a nice bit of value-adding, Qantas didn’t just sell passengers a flight; the airline threw in lunch at a vineyard followed by an afternoon of wine tasting before taking the 140 passengers back to the airport and the flight home.

“We’re going to keep you guessing for a while,” said a Qantas employee while plying the pre-departure passengers with flat whites and pastries in the Brisbane Qantas Club lounge on Saturday morning.

The regional city of Orange the first mystery destination

Where was the first mystery flight destination? The regional New South Wales town of Orange. Simple Flying tipped Orange as the likely destination earlier this month. Orange is a new destination for Qantas and has a strong food and wine scene. Qantas threw out a few hints – country hospitality, gourmet food and wine, and the great outdoors. Orange ticked all the boxes.

QF1255 pushed back from Brisbane Airport just before 09:00 on Saturday. The passengers were (officially) unaware of their destination. The aircraft, VH-VZU, tracked south. But instead of following the traditional track out over Mt Lindesay, there was a low-level flight over the Gold Coast before the plane veered west to the New England range and then turned south.

The Boeing 737-800 looked to be making a beeline for Sydney (possibly a less than optimal mystery flight destination for a planeload of passengers primed for a long lunch in the country). But the VH-VZU turned southwest while over the Yengo National Park, tracked to Katoomba, then made a lazy low-level sweep towards Orange. Passengers were told of the destination 30 minutes before arrival. However, it’s fair to say most of the people onboard the flight had a fairly good idea of where they were heading.

A nice afternoon of wine tasting around Orange

‘Temperature and paperwork checks met the passengers at Orange Regional Airport after landing. The passengers climbed onto buses and were whisked to Sisters Rock restaurant at Borrodell Vineyard for a multi-course sit-down lunch, complete with flowers and decent napery. Borrodell Vineyard isn’t a bad spot to spend a Saturday. Good local produce, more pinot noir than you can handle, and views down the Towac Valley towards Orange.

After lunch, there was more wine tasting. Passengers boarded their buses and did the rounds of nearby Phillip Shaw Wines, Printhie Wines, Heifer Station Wines, and the Millthorpe Collective.

Later on, the flight back to Brisbane took a non-nonsense route northeast, heading up over Tamworth, Armidale, and Grafton before tracking into Brisbane. QF1256 left Orange at 18:21, landing in Brisbane just over 60 minutes later. Nine and a half hours after it began, the mystery flight adventure was over. The day out cost coach class passengers in US$563 and business class passengers US$1206. You might think that sounds a touch expensive, but Qantas sold out this flight in under 15 minutes.

Coming up are similar mystery flights from Sydney and Melbourne. They also sold like hotcakes. The flight out of Sydney is heading towards Queensland, promising the tropics, saltwater, and lunch on the beach. That’s got people tipping every airport between Bundaberg and Hamilton Island as likely destinations.

On the May 1 flight from Melbourne, most of the money is going on a destination in Tasmania. But these are flights to regional destinations, and Merimbula, Mildura, and Mt Gambier all cannot be ruled out.


Lead Journalist – Australasia – A Masters level education and appetite for travel combines to make Andrew an incredible aviation brain with decades of insight behind him. Working closely with airlines including Qantas and Virgin Australia, Andrew’s first-hand knowledge of the challenges and opportunities facing Australian airlines adds exciting depth and color to his work and sees him providing commentary to ABC News and more. Based in Melbourne, Australia.

Sign up to our daily aviation news digest. Be in the know.

Home Videos The WORLD of WINE – Wine News. Cheap wine, tasting notes and cooking with wine The World of Wine – May 2021 … END_OF_DOCUMENT_TOKEN_TO_BE_REPLACED

How to visit Napa Valley on a Budget. In this video Carson and I explain a few ways to enjoy Napa on the cheap. Tip and advice about how to visit Napa … END_OF_DOCUMENT_TOKEN_TO_BE_REPLACED

Home Videos Get To Know Argentina Wine | Wine Folly If you love Malbec, Argentina is your ultimate wine region. But that’s not … END_OF_DOCUMENT_TOKEN_TO_BE_REPLACED