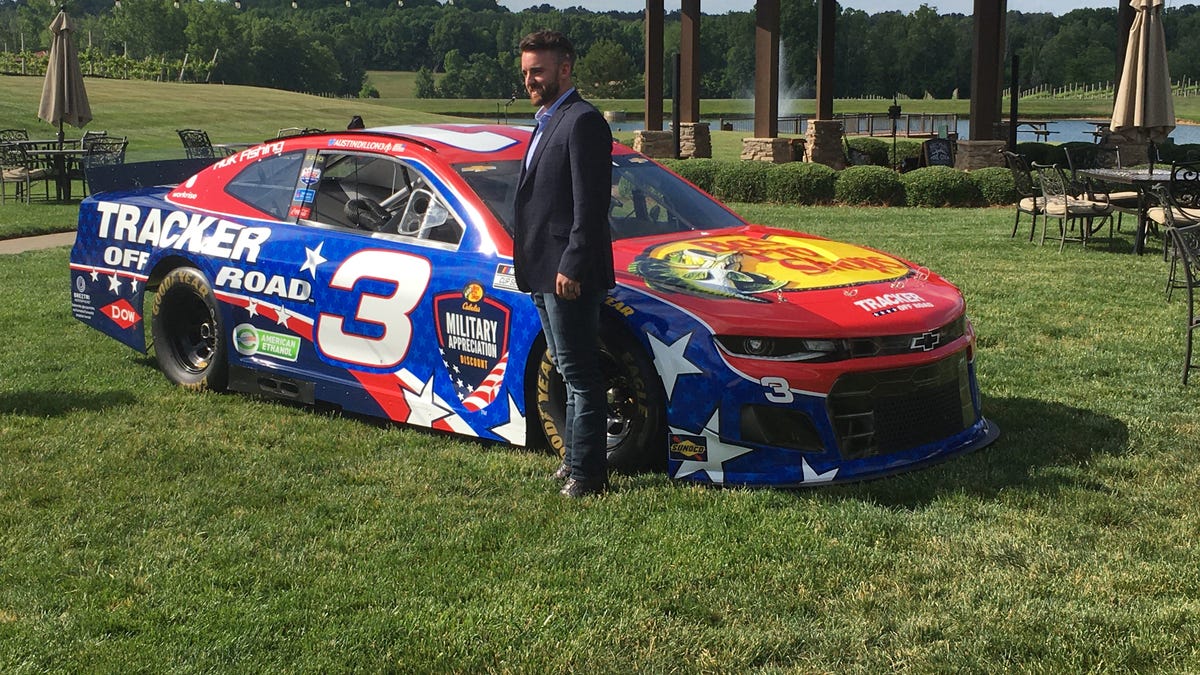 NASCAR Hall of Fame Inductee Richard Childress is known for winning Cup Series races and championships, having built an incredible racing dynasty beginning with only one race car over 50 years ago.

Childress is also known for his deep respect and admiration for those that have served and sacrificed there all in the United States military to keep our nation free.

On Wednesday, May 19th, Childress continued his quest of honoring our nation’s veterans by hosting the Helping a Hero Lee Greenwood Patriot Awards Dinner at Childress Vineyards in Lexington, N.C. The fundraiser celebrating patriotism was hosted by the famed singer and song writer along with co-chairs Childress and Art Fisher. HelpingaHero.org is the second largest national organization building homes for our severely wounded in theater during the War on Terror. Thus far, 100 homes have been awarded in 23 states as part of helping wounded warriors on their road to recovery.

Greenwood’s “God Bless the USA” has been in the top five on the country singles charts three times (1991, 2001 and 2003), giving it the distinction of being the only song in any genre of music to achieve that feat. It was also #1 on the pop charts after the Sept. 11, 2001 terrorist attacks. In addition, CBS News voted “God Bless The U.S.A.” the most recognizable patriotic song in America. This year, Helping a Hero is recognizing 40 patriots with the award in honor of the 40th anniversary of Greenwood’s song.

“I have been supporting Helping a Hero for a decade and I’m humbled by the work they continue to do to help our wounded warriors,” said Greenwood in 2020. “…There is nothing that can stand in the way of our love and support for our nation’s heroes. It is an honor to partner with Helping a Hero and help with giving back to our wounded warriors who sacrifice so much for our nation.”

Childress has made giving to those that have given so unselfishly of themselves to insure our freedom a personal life’s mission.

“We are very fortunate in this country. That’s why so many people want to come here. We definitely don’t want the United States to go like some other countries have. Free isn’t free. Someone has paid the price for all of us in the United States to be free. These men and women that are in attendance have and many more have paid that price for our freedom and we honor them.”

Morris was quite humbled to have been chosen for the award.

“I read the words again to Lee Greenwood’s song, ‘God Bless the USA,’” Morris said. “Every word of that song hits home and how lucky we are to be able to call America our home. It is so special. I think a lot of my father. My Dad was in the Battle of the Bulge in World War II and he never mentioned it until I was 21 when we were around a campfire. He was passing on to me about how he had had some tough times.

“To be here tonight to salute and pay tribute and honor all these veterans, the defenders of this great land is humbling and wonderful. In a small way we can show some support to them.”

Also in attendance was 96-year-old Emil Martinka, a World War II veteran that works with Morris in Big Cedar Lodge in the Ozark Mountains as a gardener. The resident of Hollister, MO. recited the Pledge of Allegiance at Wednesday evening’s event.

“I was in the Navy from September 1943 through January of 1946 when the war was over,” Martinka said. “There were 12 million soldiers still in the service and six million were being sent home because there was no work for them. I was a seaman and radioman third class and helped with landing troops and landing supplies.”

Wednesday’s event also included the unveiling of Austin Dillon’s No. 3 Bass Pro Shops Chevrolet he will drive in the Coca-Cola 600 May 30th at Charlotte Motor Speedway. Dillon won the race in 2017.

“Supporting the military allows us to do what we love to do on a daily basis,” Dillon said. “The reason we have the liberties we have today is because of all the military men and women that have come before us and fought for this country and the ones that continue to do that. I’ve met a lot of friends in the military over the years and I’m just so thankful for their courage and ability and what they do every single day for everyone. That’s pretty cool.

“I’ve had a fallen soldier’s name on my car in the Cup Series each Memorial Day weekend and will carry a Navy Seal’s name again this year. You create a bond with their families, and they come to the race and we get to experience that. We are remembering a hero and they deserve so much more but they get to go 200 miles an hour with us for 600 miles. That’s the least we can do as drivers and teams to honor them.”

Home Videos The WORLD of WINE – Wine News. Cheap wine, tasting notes and cooking with wine The World of Wine – May 2021 … END_OF_DOCUMENT_TOKEN_TO_BE_REPLACED

How to visit Napa Valley on a Budget. In this video Carson and I explain a few ways to enjoy Napa on the cheap. Tip and advice about how to visit Napa … END_OF_DOCUMENT_TOKEN_TO_BE_REPLACED

Home Videos Get To Know Argentina Wine | Wine Folly If you love Malbec, Argentina is your ultimate wine region. But that’s not … END_OF_DOCUMENT_TOKEN_TO_BE_REPLACED