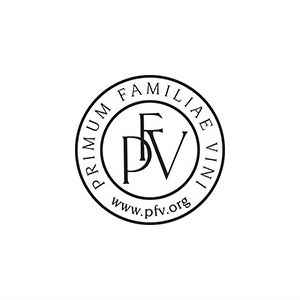 “Optimism at a Time of Crisis” WEDNESDAY, JANUARY 27, 2021 – The Primum Familiae Vini, an association of twelve historic European families who produce wine in Europe’s greatest wine regions, including Symington Family Estates the renowned Port producer in Porto, Portugal, has nominated five companies from a diverse range of countries to a shortlist for the €100,000 “Family is Sustainability” Prize. The Primum Familiae Vini announced the launch of The PFV Prize last June, to be awarded to a family company in any industry that demonstrates excellence in sustainability, innovation, craftsmanship and the successful transmission of responsibility and commitment from one generation to the next. The final winner will be announced in March 2021 and will have the opportunity to share knowledge with the twelve PFV families, all of whom have hard-won experience in overcoming numerous and at times existential challenges throughout their long histories.

Matthieu Perrin, PFV President, commented: “We in the PFV believe that family companies are the bedrock of regional and national economies and that the best must have a profound commitment to sustainable development. Great family companies, such as these five in our shortlist, personify social and environmental responsibility as well as supreme product quality. These enduring values are particularly relevant in these turbulent times and during this devastating pandemic.”

Paul Symington, Chairman PFV commented: “The twelve families in the PFV have worked for generations to achieve excellence in our wines and for the continued independence of our vineyards despite challenges that often looked insurmountable. We created this prize to champion other family companies and to express our confidence in the resilience of family enterprises through good times and bad.”

France – Makhila Ainciart Bergara: a six-generation family business and producer of exquisite handmade walking sticks in the Basque region of southwest France since 1780. The family has made walking sticks for Pope John Paul II, President Ronald Reagan, Charlie Chaplin, each French President of the 5th Republic, and the seven Heads of State attending the G7 meeting Biarritz 2018. www.makhila.com

Japan – 沈壽官窯 (Chin Jukan Kiln): A fourteen-generation family business and producer of Satsuma-yaki kiln-fired pottery in Kagoshima since 1876. The family, originally from Korea, has been ceramicists in Japan since 1623 with family records dating back twenty-six generations. They have won numerous international prizes for the beauty of their products. www.chin-jukan.co.jp

Italy – Giusto Manetti Battiloro: A fifteen-generation family business and producer of gold-leaf in Florence since 1582. Matteo Manetti worked with Michelangelo at St. Peter’s in Rome in the late 16th century and created the golden globe that sits atop the cathedral. In 1602, Matteo restored the magnificent globe that crowns Florence’s Santa Maria del Fiore which had been damaged by lightning. The exact same orb on the Duomo was restored by Matteo’s descendants in 2002. This company is now world leader in the production of gold leaf and its products adorn prestigious monuments in Paris, New York, London and Moscow. www.manetti.com

United Kingdom – The Goring Hotel: The only luxury hotel in London still in the hands of the founding family. Established in 1910 by Otto Goring, the hotel is managed by the fourth generation and holds the Royal Warrant from Her Majesty the Queen. They have an exemplary record for helping the poor in the local community as well as managing one of London’s greatest hotels. www.thegoring.com

Belgium – Maison Bernard: Established in the second half of the 19th century, it is the oldest luthier shop (maker of stringed musical instruments) in Europe. The family business takes care of beautiful historical instruments left to them, produces new instruments, and services violins, violas, cellos and bows for some of the world’s greatest musicians. Maison Bernard recently restored a 1723 Stradivarius violin for future generations to enjoy. www.maison-bernard.com

The PFV Selection Jury will be supported by Christophe Brunet, General Secretary of the PFV.

For more information, visit the PFVprize.com.

Primum Familiae Vini is an invitation-only organization of twelve of the world’s most historic and lauded wine producers. Their mission is to represent the highest level of excellence in the world of wine; to be synonymous with both exquisite quality and sustainability; to blend family heritage and innovation; and to be aspirational through their vision and passion.

The Twelve members of the PFV

Home Videos The WORLD of WINE – Wine News. Cheap wine, tasting notes and cooking with wine The World of Wine – May 2021 … END_OF_DOCUMENT_TOKEN_TO_BE_REPLACED

How to visit Napa Valley on a Budget. In this video Carson and I explain a few ways to enjoy Napa on the cheap. Tip and advice about how to visit Napa … END_OF_DOCUMENT_TOKEN_TO_BE_REPLACED

Home Videos Get To Know Argentina Wine | Wine Folly If you love Malbec, Argentina is your ultimate wine region. But that’s not … END_OF_DOCUMENT_TOKEN_TO_BE_REPLACED