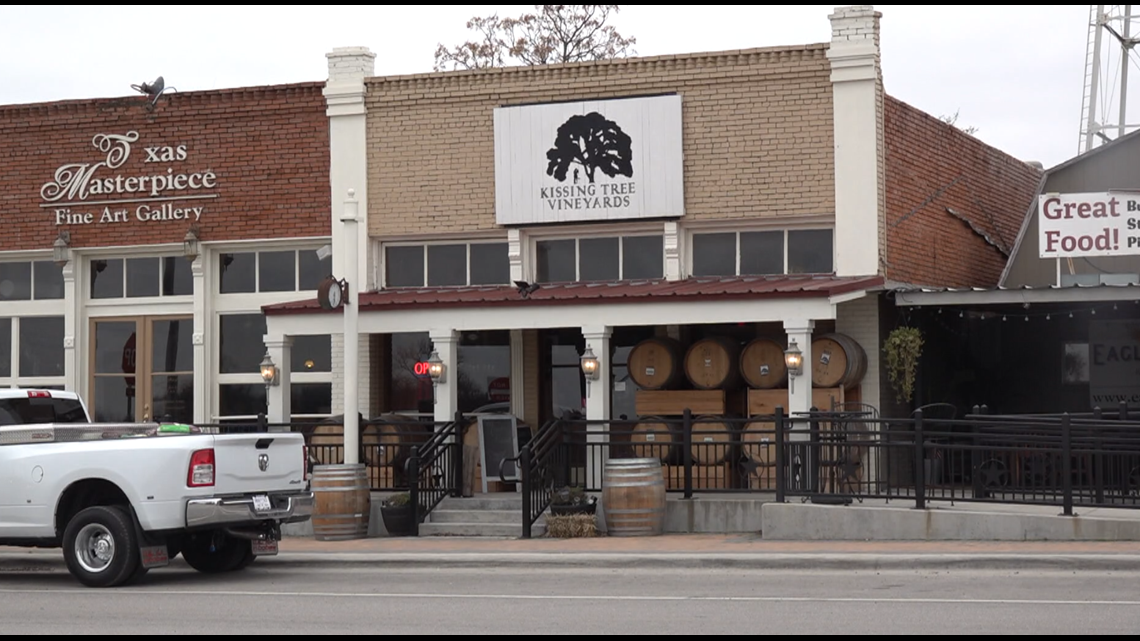 Chris Grider, the owner of Kissing Tree Vineyards, said he has hired an attorney.

BRUCEVILLE-EDDY, Texas — A Central Texas man went on the record and said he was in Washington, D.C. for the march for Trump rally. He also said he was inside the Capitol building when a woman was shot and later died.

Chris Grider, who owns and operates Kissing Tree Vineyards in Bruceville-Eddy, told 6 News that he has hired an attorney and can’t speak on the matter. All he would say is that the backlash against him is, “Politically driven and overblown.”

6 News also reached out to the FBI Field Office in San Antonio to find out if they had any information on Grider’s involvement. They declined to comment on the matter but did say their focus is on “Individuals who committed violence and criminal activity that constituted a federal crime or posed a threat to national security. The FBI respects the right to exercise the First Amendment rights, including the right to peacefully protest.”

FBI Director Chris Wray said, “We do not tolerate violent agitators and extremists who use the guise of First Amendment-protected activity to incite violence and wreak havoc. Such behavior betrays the values of our democracy.  Make no mistake, with our partners, we will hold accountable those who participated in yesterday’s siege of the Capitol.”

The FBI is aware of Grider’s admitted involvement in the riots at the U.S. Capitol.

The blowback and criticism in Central Texas is growing on social media, where some have called for an all-out boycott of Grider’s business.

One poster agreed and said she will no longer buy their wine. One man said in the time of businesses struggling, he chooses to no longer invest in Kissing Tree Vineyards.

When reached for comment on Grider’s activity in our Nation’s Capitol, no one from the City of Bruceville, including the mayor or sitting city councilmen, would comment Friday.

Home Videos The WORLD of WINE – Wine News. Cheap wine, tasting notes and cooking with wine The World of Wine – May 2021 … END_OF_DOCUMENT_TOKEN_TO_BE_REPLACED

How to visit Napa Valley on a Budget. In this video Carson and I explain a few ways to enjoy Napa on the cheap. Tip and advice about how to visit Napa … END_OF_DOCUMENT_TOKEN_TO_BE_REPLACED

Home Videos Get To Know Argentina Wine | Wine Folly If you love Malbec, Argentina is your ultimate wine region. But that’s not … END_OF_DOCUMENT_TOKEN_TO_BE_REPLACED