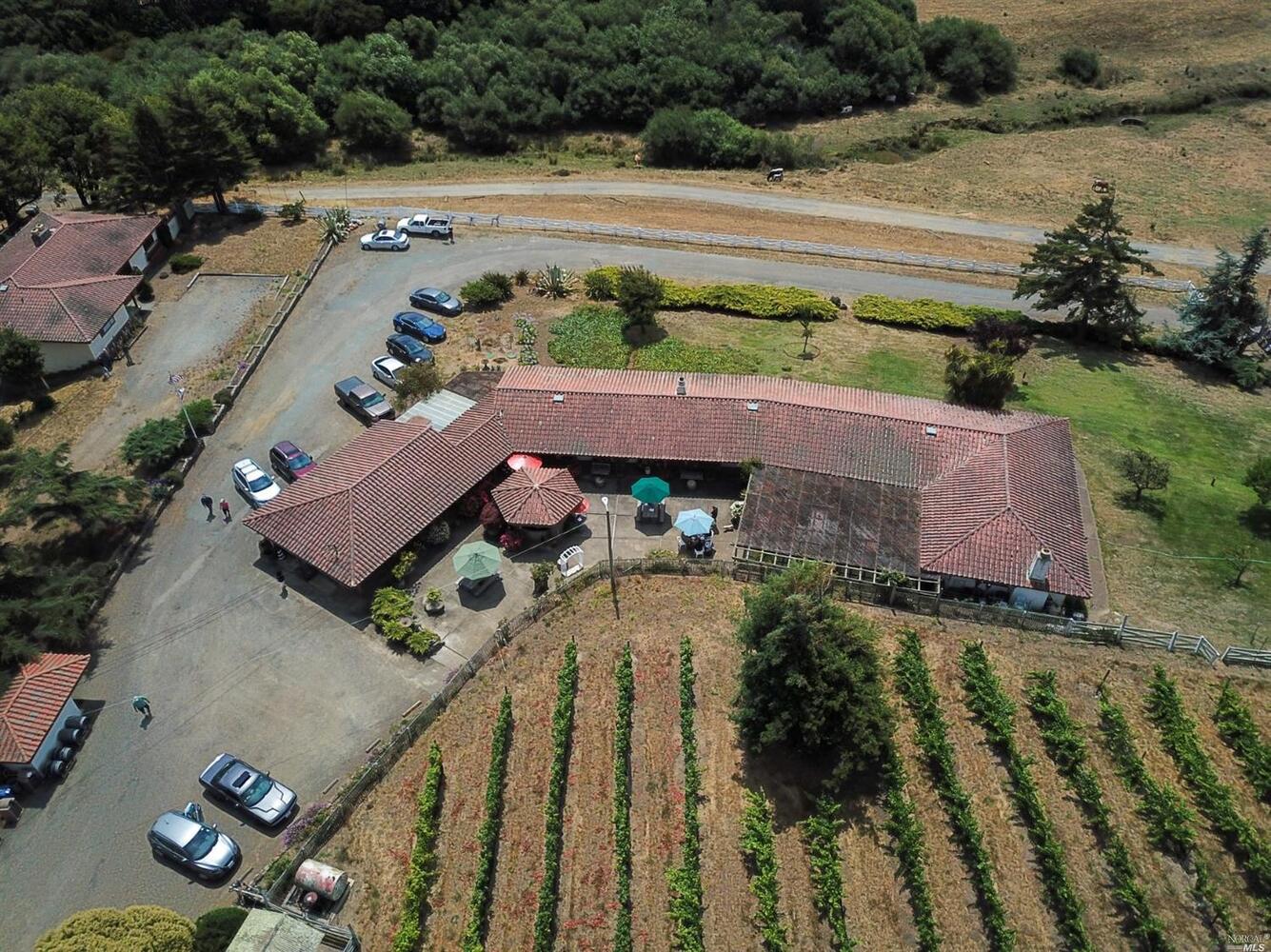 “My ideal buyer is a rich, young Silicon Valley entrepreneur with an ego that would like to have his own winery,” owner Steve Doughty said. “I will really miss it, but I’m an idea man, and then I like to have someone else take it over.” The price reflects not only the 83-acre property, which includes a winery, barn, tasting room and a four-bedroom house, but also $3 million worth of stored inventory. Mr. Doughty started the winery with his late wife, Sharon Doughty, whose family has a long legacy of ranching around Point Reyes. She was running a dairy operation on the adjoining, then 800-acre parcel when she met Mr. Doughty in the ‘80s. The couple decided to diversify the ranch, planting their first grapes in 1989. Since the coastal climate is too cold for most grape varieties to sweeten, the couple specialized in chardonnay and pinot noir grapes—which can be picked green, when they still contain little sugar—for sparkling wine.

To grow cabernet sauvignon grapes, they purchased 11 acres in Terra Linda. The Doughtys began to bottle and sell wine commercially in 1997, and soon after started purchasing grapes from other growers, including to make cabernet and merlot. In the ‘90s, they acquired 10 more acres for a tasting room. They found success: in the last decade, the winery has won a smattering of silver and bronze awards at the California State Wine Competition and the San Francisco Wine Competition.

After Ms. Doughty died in 2014, her daughter took over the neighboring dairy operation, now Bivalve Dairy. Since then, Mr. Doughty, who is 77, has owned the vineyard business and a small portion of the ranch land. He plans to move onto a small parcel neighboring the 83 acres, and he will remarry in February, with hopes of traveling abroad with his bride. The property has potential, he said.

While currently just eight acres are under cultivation, he believes a new owner could expand to 30 acres, given the quality of the soil and the property’s water rights. And since the land is not protected by a conservation easement with the Marin Agricultural Land Trust—unlike all the surrounding properties, he said—other commercial enterprises are possible, too.

Should Point Reyes Station residents decide to build a community sewer system—an idea explored this year in a county-led visioning process—the property could be an ideal place for treatment ponds.

Point Reyes Vineyards’ winery and tasting room is open three days a week through the winter at 12700 Highway 1, about a mile north of Point Reyes Station.

See the full property details and images in MLS listing by Compass.

Home Videos The WORLD of WINE – Wine News. Cheap wine, tasting notes and cooking with wine The World of Wine – May 2021 … END_OF_DOCUMENT_TOKEN_TO_BE_REPLACED

How to visit Napa Valley on a Budget. In this video Carson and I explain a few ways to enjoy Napa on the cheap. Tip and advice about how to visit Napa … END_OF_DOCUMENT_TOKEN_TO_BE_REPLACED

Home Videos Get To Know Argentina Wine | Wine Folly If you love Malbec, Argentina is your ultimate wine region. But that’s not … END_OF_DOCUMENT_TOKEN_TO_BE_REPLACED