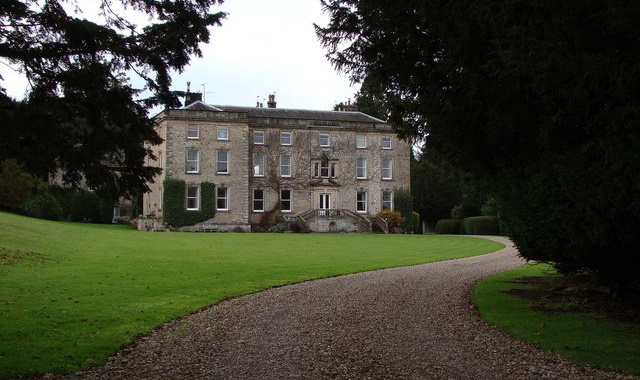 A plan to convert listed buildings on an historic Yorkshire Dales estate into a luxury ‘aparthotel’ and wedding venue has been met with a wave of opposition.

National park planners will next week consider the proposal to transform the 17,000sq ft Marske Hall, which has been laid out as ten apartments for decades, into an exclusive hotel, featuring 20 “very high quality” studios, a gym, sauna, shop, and wine tasting rooms, while the sawmill and kennels in the grounds would become events spaces.

It is also proposed to utilise the gardens and woods for activities such as archery, bowls and croquet.

The Marske estate, which still features extensive formal landscaped gardens, was bought in 1596 by the then Archbishop of York, Matthew Hutton, whose son Timothy, High Sheriff of the county in 1607, started work on the hall in the early 17th century.

Their descendant John Hutton, an enthusiastic racehorse breeder, whose stallion Marske sired the legendary Eclipse which is linked to most thoroughbreds, added the estate’s stableyard.

The hall has a long history of hosting events – in the 19th century it was mainly used by the Huttons for shooting parties – and supporters of the proposal – have written to the national park authority to highlight the proposed event venues could provide an important facility for local residents and visitors.

Supporters have also highlighted the development would provide employment opportunities for local people, provide high quality accommodation and have claimed the scheme is “befitting of a historic house”.

However, the proposals have been met with more than 100 letters of objection from local residents, many of whom believe Marske Hall should be developed for homes for young families to rejuvenate the community.

They argue that the events venue would shatter the tranquillity of Marske, a farming village where there is little noise in the evenings.

Marke villagers have also claimed with up to 150 people attending events at the hall the developers have underestimated the number of vehicles that would visit the estate as well as the number of car parking spaces needed, leading to parking around the village on accesses and verges.

An officer’s report to the park authority’s planning committee states the number of uses envisaged across the site, such as weddings and holidays, would result in a significant increase in activity and vehicle movements.

It states: “This would undoubtedly change the character of the estate and also the wider village of Marske which the estate is part of, an issue recognised by the parish council, Friends of the Dales, Campaign for the Protection of Rural England and The Yorkshire Gardens Trust.”

The report adds: “The Marske Hall estate is a real gem in the national park, not only in terms of its historical value, but also its intrinsic landscape beauty and tranquil nature.

“The applicant’s proposal seeks to bring the majority of the estate back under one ownership including all of the buildings the subject of this application, plus the former Stable Block.

“This is considered desirable for the long–term management and care of the listed buildings and their attractive grounds.”

Recommending the plan be refused, officers say the proposal would overdevelop a site of significant historical and architectural value, and also have too few car parking spaces, remove mature trees, harm the setting of the listed buildings and hit the deeply rural, tranquil and serene character of Marske village.

Home Videos The WORLD of WINE – Wine News. Cheap wine, tasting notes and cooking with wine The World of Wine – May 2021 … END_OF_DOCUMENT_TOKEN_TO_BE_REPLACED

How to visit Napa Valley on a Budget. In this video Carson and I explain a few ways to enjoy Napa on the cheap. Tip and advice about how to visit Napa … END_OF_DOCUMENT_TOKEN_TO_BE_REPLACED

Home Videos Get To Know Argentina Wine | Wine Folly If you love Malbec, Argentina is your ultimate wine region. But that’s not … END_OF_DOCUMENT_TOKEN_TO_BE_REPLACED