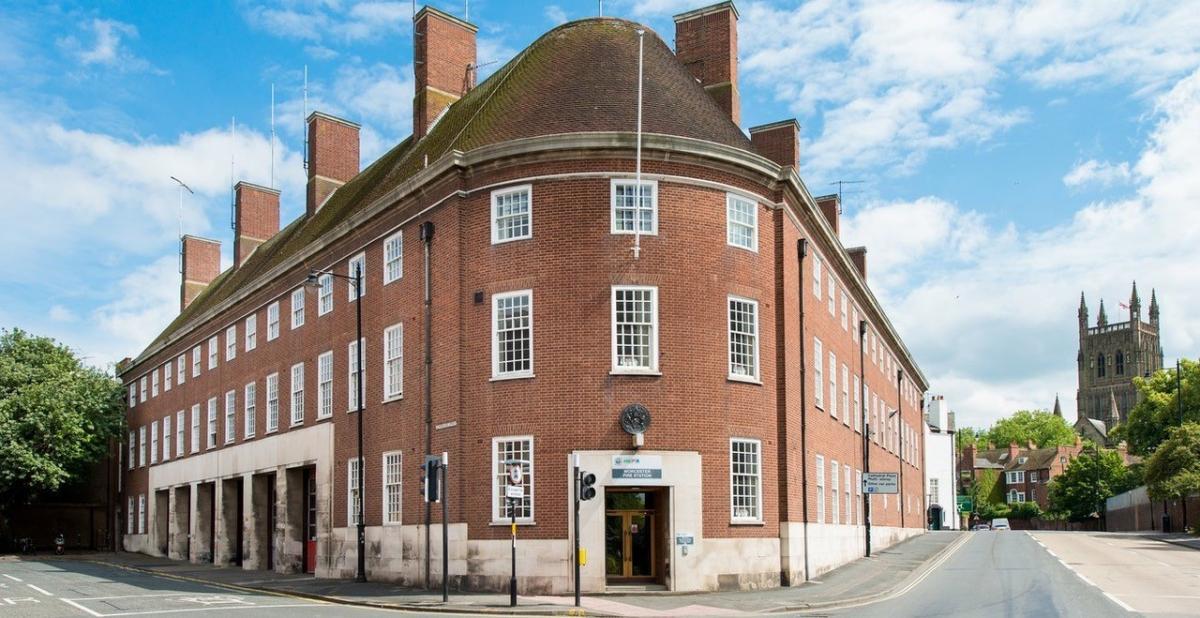 A FOOD hall and wine bar could soon be opening on the site of an historic former city fire station.

The plan by Richard Everton, owner of city wine bar and shop Bottles in New Street, would see a new wine shop and artisan food hall open in the ground floor of the former fire station in Copenhagen Street in Worcester.

The work would form part of a plan to convert the rest of the building into luxury apartments.

Space would be made available in the new food hall for crepes and pastries, tapas, rotisserie chicken and a delicatessen as well as a large selection of beer and wine.

Mr Everton said he was aiming to be open by the end of the year.

“The new place will be a brand new wine shop and a big food court especially focusing on local producers and local chefs who want to take concessions in there,” he said.

“We’ll have wine and beer dispensers so you can have a glass of wine or buy a wine from the shop and walk around and get a pizza or a rotisserie chicken or something like that.

“We’ll also have a big outdoor seating area too and we have plans to hold tasting and other events.

“We just want to bring an iconic city centre building back into use because it has been empty for seven years.

“We want to try and give the opportunity to local and independent producers rather than just handing it over to the big chains and brands. It just makes a lot of sense.”

Mr Everton said the city’s former fire station was the perfect place to make his vision a reality and had been looking for a new building for a number of years.

“I’ve been on the lookout for a new premises for probably three years,” he said.

“Bottles has been open for about five years now and has gone from strength-to-strength and we need something that will compliment it and is slightly bigger so that it will fit the concept I have in my head.

“Bottles will remain in New Street and we don’t have any plans for it not to be there.”

Lockdown and the closure of Bottles meant the wine merchants was forced to move online, Mr Everton said, a move that made him realise more space was required.

“We’ve had our online shop and the wine tasting events went from strength-to-strength and the home delivery was getting bigger and bigger and we realised that once we would be fully back open, we just wouldn’t have enough space,” he added.

“The opportunity came along for the fire station and it just felt right. It has the location, it’s highly visible and it has the space.

“It was a perfect fit for the concept I have had for a number of years now.”

A penthouse apartment with a balcony facing Worcester Cathedral and a first floor terrace and urban garden are also planned.

The locally listed building, which has been left empty since fire chiefs relocated in 2015, was built between 1939 and 1941 by Percy Thomas and Ivor Jones.

Ben Roberts, managing director of Guthrie Roberts, said: “Our plans include approximately 28 luxury, contemporary apartments, a mix of one, two and three beds, to provide options for a broad range of buyers.

“We intend to have an exciting commercial unit on the ground floor, and there will be a novel city garden for residents, external walkways, a courtyard for private car parking and luxurious interiors.”

Home Videos The WORLD of WINE – Wine News. Cheap wine, tasting notes and cooking with wine The World of Wine – May 2021 … END_OF_DOCUMENT_TOKEN_TO_BE_REPLACED

How to visit Napa Valley on a Budget. In this video Carson and I explain a few ways to enjoy Napa on the cheap. Tip and advice about how to visit Napa … END_OF_DOCUMENT_TOKEN_TO_BE_REPLACED

Home Videos Get To Know Argentina Wine | Wine Folly If you love Malbec, Argentina is your ultimate wine region. But that’s not … END_OF_DOCUMENT_TOKEN_TO_BE_REPLACED