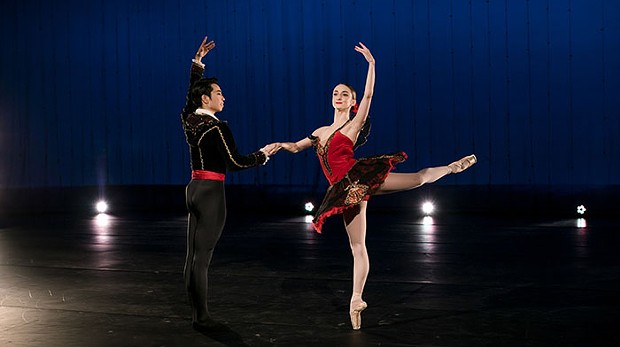 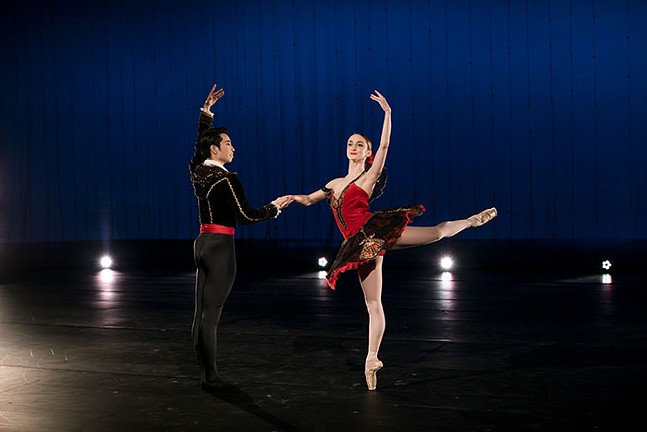 Don Quixote by Pittsburgh Ballet Theatre, part of Open Air: A Series in Celebration of the Performing Arts

The arts are roaring back after a year of being dormant or stuck online. Even more exciting, local organizations are taking their festivities outside so audiences can enjoy dance, art, music, and more in some of Pittsburgh’s most notable outdoor spaces.

Pittsburgh City Paper compiled a list of happenings to check out as the temperatures rise and people venture out of lockdown looking for something to do. So dig out your sunscreen and picnic blanket and get ready for some outdoor, socially distanced fun.

Over 20 arts organizations from around the region will turn one of the most visible parts of Schenley Park into a stage for live dance, music, and theater.

Audiences can sit back on the Flagstaff Hill lawn as they watch the action on a Stageline SAM450 mobile stage. Pittsburgh Ballet Theatre purchased the stage with foundation funding, and will share it with fellow performers from other dance groups, local opera and theater companies, musicians, and others.

“Being new to Pittsburgh, I have been amazed to learn of the breadth and depth of the arts community here,” says Susan Jaffe in a press release. A year ago Jaffe was chosen as PBT’s new artistic director. “It is a real privilege to be able to share the stage with such a wide range of artists.” 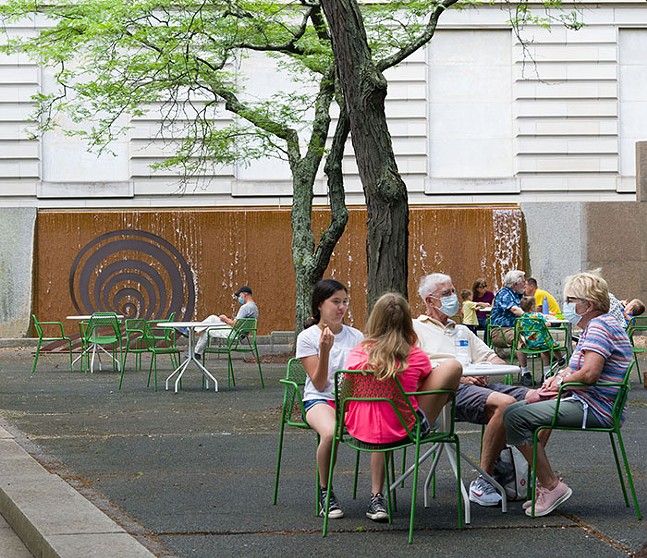 The Carnegie Museum of Art invites the public to its courtyard for a new outdoor event series Inside Out. Starting in the beginning of June, Inside Out will feature months of free art activities, dance parties, live performances, and more, all hosted in partnership with various local artists and arts organizations. There will also be bites from on-site food trucks, as well as beer, wine, snacks, and more served by a bar open in the museum’s Café Carnegie.

Inside Out kicks off June 5 with an opening day celebration showcasing music by DJ collective Most Beautifullest and a live performance by the Sankofa Village for the Arts Drum and Dance. Starting June 10, Thursday nights will be for dancing, with sets by Hot Mass Collective, UHAUL Disco, Bento Boombox, YASS Queen, and more. On Saturdays, drop by for family-friendly art-making activities, site-specific performances, and even more hot summer jams by local DJs.

All programming is free and open to all ages. Even so, events are still at a limited capacity and will be available on a first come-first serve basis.

Football and musical theater unexpectedly come together when Pittsburgh CLO presents Summer Under the Stars at Heinz Field.

The series marks the first-ever partnership between the professional theater company and the Pittsburgh Steelers, with the team offering its stadium to present two shows, The Wizard of Oz and Pittsburgh CLO’s 75th Anniversary: A Broadway Musical Celebration, on a stage placed on the 20-yard line.

The move is a departure from Pittsburgh CLO’s usual venue, the Benedum Center, which has been closed due to the pandemic. Heinz Field not only allows the company to provide adequate space for social distancing, it will also be able to seat up to 3,500 guests per performance.

“Heinz Field is proud to host Pittsburgh CLO’s 75th Anniversary Celebrations this summer,” said Jimmie Sacco, vice president of Heinz Field stadium operations and management, in a press release. “The CLO is a great cultural asset in our community, and we are excited to showcase their performances for everyone to enjoy.”

However, as Pittsburgh CLO CEO and president Van Kaplan says, this is not the first time the company has been on a field.

“Our musicals started in 1946 at Pitt Stadium and 75 years later, in a full-circle moment, we are back outdoors,” says Kaplan. “We are so grateful to the Steelers and Heinz Field for making this happen.”

Taking place July 8-10, Pittsburgh CLO revisits The Wizard of Oz for the first time since its 2003 production, bringing the stage musical adaptation of Frank L. Baum’s magical tale to life with the help of IMAG video technology and the stadium’s video boards.

Descriptions for Pittsburgh CLO’s 75th Anniversary: A Broadway Musical Celebration — on the field July 21-24 — says the show will “artfully encompass unforgettable musical highlights spanning the history of Pittsburgh CLO,” and that audiences “can anticipate dazzling renditions of theater classics performed by Broadway and hometown stars.”

Both shows will also feature musical accompaniment by the Pittsburgh CLO Orchestra.

Curtain times will be 8:30 p.m. with special matinees on Saturdays at 1 p.m.

Pittsburgh CLO announced that it will also host its annual Wine Tasting event and 75th Gala Celebration at Heinz Field.

Home Videos The WORLD of WINE – Wine News. Cheap wine, tasting notes and cooking with wine The World of Wine – May 2021 … END_OF_DOCUMENT_TOKEN_TO_BE_REPLACED

How to visit Napa Valley on a Budget. In this video Carson and I explain a few ways to enjoy Napa on the cheap. Tip and advice about how to visit Napa … END_OF_DOCUMENT_TOKEN_TO_BE_REPLACED

Home Videos Get To Know Argentina Wine | Wine Folly If you love Malbec, Argentina is your ultimate wine region. But that’s not … END_OF_DOCUMENT_TOKEN_TO_BE_REPLACED