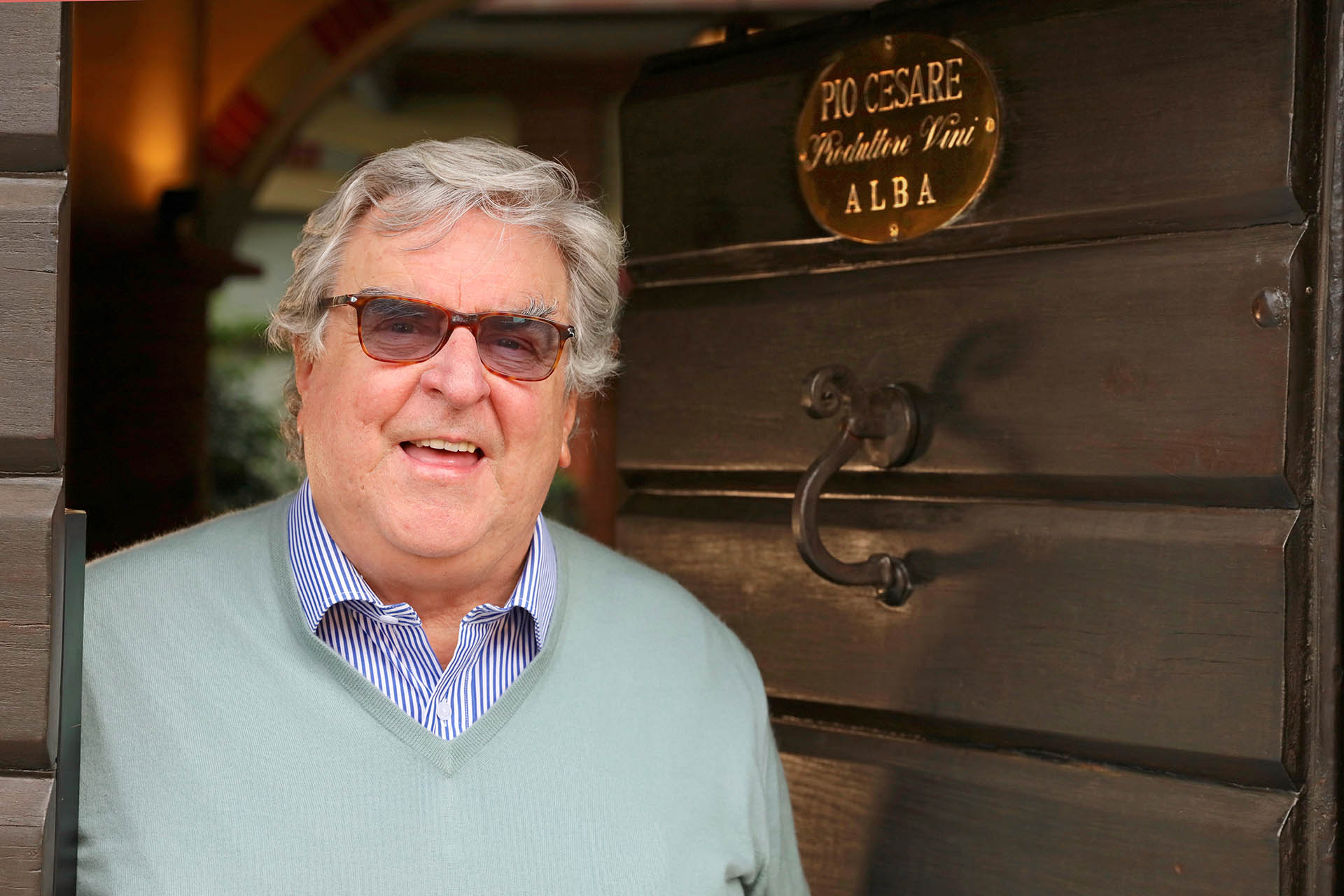 The Italian wine world is mourning the loss of Pio Boffa, head of the historic Pio Cesare firm. He died this weekend after a two-week battle with Covid-19.

Dynamic and charismatic, Boffa was a dedicated promoter of his native Langa in Piedmont and its wines, including Barolo and Barbaresco.

“Pio Boffa was a point of reference,” says Matteo Ascheri, president of the Consorzio di Tutela Barolo Barbaresco Alba Langhe e Roero. “He was both a person and the company, so much so that he was almost always referred to as Pio Cesare and not by his own name. He tirelessly traveled the world and became an ambassador for his own firm and for all our wines.

“He’ll be missed by wine lovers from all over the world and by all of us producers. He was a true example of Langa and spoke more with facts than with words.”

Boffa was the fourth generation to run the company his great-grandfather, Cesare Pio, founded in 1881. Pio Cesare is the last of the seminal wineries to remain in the bustling city of Alba, once the undisputed capital of Barolo and Barbaresco production. Like many of the storied houses, for generations, Pio Cesare sourced grapes from a multitude of growers.

Boffa joined the family firm in the early 1970s and, with his father, ushered in the modern era of Barolo and Barbaresco. Together, father and son bought vineyards in prime areas, first in Barbaresco then in Serralunga in Barolo, followed by other vineyard acquisitions over the years. Today, Pio Cesare owns 173 acres of prime vineyard sites.

Thanks to Boffa, the firm began making single-vineyard bottlings, staring with its 1985 Barolo Ornato. It was followed by another single-vineyard release, the 1990 Barbaresco Bricco.

In 2014, as a present to himself on his 60th birthday, Boffa bought 25 acres of vines in the Mosconi cru in Monforte d’Alba. Since 2015, grapes from the oldest vines, planted between the 1940s and the early 1970s, are destined for the estate’s Barolo Mosconi.

Boffa was also an advocate of the firm’s classic Barolo and Barbaresco, made by blending Nebbiolo from different villages and vineyards.

“These wines made Pio Cesare famous and are still our calling card,” Boffa told me during an interview at the winery in 2011. “Blended Barolos and Barbarescos are the true expression of Nebbiolo in their respective territories and denominations.”

“He’ll be missed by wine lovers from all over the world and by all of us producers.” — Matteo Ascheri, president, Consorzio di Tutela Barolo Barbaresco Alba Langhe e Roero

From the 2012 to 2016 vintages, the company added the phrase “Please, don’t call it regular,” to the front labels of these wines to drive the point home. It then added the terms ‘Barolo Pio’ and ‘Barbaresco Pio’ on labels starting from the 2017 vintage.

Boffa strived to make structured, elegant Barolos that showcased the purity of Nebbiolo and their terroir. Approachable when young, they still boast great longevity. As Boffa liked to say, “If you buy my Barolo and have to wait 10 years to drink it, then you should also be able to wait 10 years to pay me.”

He had a role in every aspect of the winery.

“I really admired my father for his expertise in all facets of the business, and how he could take care of everything from the vineyards to the cellars, to sales and marketing and how he could switch from one subject to the next in the space of a second. He was a brilliant businessman,” says his daughter, Federica Boffa, 23.

Frederica has worked at the winery for five years, first part-time as she studied Business Administration at the University of Turin, then full-time after graduating in 2019. She now runs the winery along with her cousin, Cesare Benvenuto, who worked alongside Boffa for years.

In addition to Barolo and Barbaresco, Pio Cesare makes all the traditional local wines, including Barbera and Gavi, as well as a single-vineyard Chardonnay, Piodilei. The firm recently acquired land in the Colli Tortonesi Timorasso denomination where it will soon plant Timorasso.

Boffa’s funeral was held Monday, April 19th and attended by hundreds, according to Federica. After the service, she went to work at the winery.

“I know it’s what my father would have wanted me to do,” she says, “because life has to go on.”

Home Videos The WORLD of WINE – Wine News. Cheap wine, tasting notes and cooking with wine The World of Wine – May 2021 … END_OF_DOCUMENT_TOKEN_TO_BE_REPLACED

How to visit Napa Valley on a Budget. In this video Carson and I explain a few ways to enjoy Napa on the cheap. Tip and advice about how to visit Napa … END_OF_DOCUMENT_TOKEN_TO_BE_REPLACED

Home Videos Get To Know Argentina Wine | Wine Folly If you love Malbec, Argentina is your ultimate wine region. But that’s not … END_OF_DOCUMENT_TOKEN_TO_BE_REPLACED