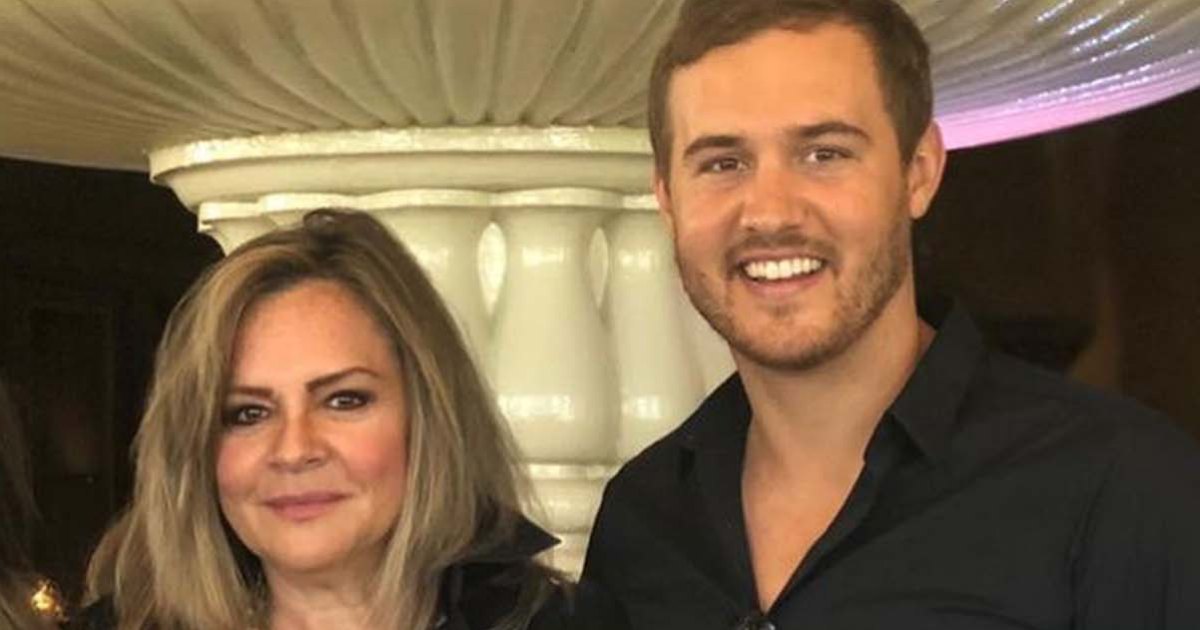 Former Bachelor Peter Weber may have relocated to New York City, but his bond with mother Barbara Weber is stronger than ever.

“Now it’s just my husband and me, we miss him a lot! But I’m so happy that he’s having a great time in the big city,” Barbara exclusively told Us Weekly while promoting her and Peter’s partnership with Campo Viejo, for which she curated two special Mother’s Day recipes that pair perfectly with a bottle of Campo Viejo Reserva or Red Blend.

The pilot, 29, subsequently joked that he “lived at home for so long” because “the cooking was unreal” after Barbara cooked red snapper and Picadillo a la Cubana while wine tasting.

Barbara, who also shares son Jack with husband Peter Sr., added, “I love to do things with tomato sauces. … And garlic, which we use a lot of, you know, with a Latin flair.”

In addition to celebrating Mother’s Day with Campo Viejo, the Weber family headed to Las Vegas for an early commemoration before Peter headed back East.

“We celebrated just bringing back good old memories and cooking in the kitchen and spending quality time with each other, obviously with some good wine,” he said. “We did a little Vegas trip after that. We had a good time.”

Fans met Peter and Barbara during Hannah Brown’s season of The Bachelorette, which aired in 2019. After he was named the Bachelor, his family returned to shoot the finale of the show and the subsequent live After the Final Rose.

“You saw my personality on that night of the finale. I mean the most important thing in my life is my family,” Barbara told Us after fans had a strong reaction to her giving Peter advice on finalists Hannah Ann Sluss and Madison Prewett. “I’ve always said this. It doesn’t matter how many cameras are there in front of me. It doesn’t matter, you know, how many people are around me. And it was packed, that audience is packed. It doesn’t matter. The most important thing in my heart is my family. And I will always be there for my sons. And I’m very transparent and I will speak the truth and everybody who didn’t like it, you know, what I always say, ‘They have two problems — not liking it and getting over it.’”

Peter, for his part, told Us that he loves that there’s “no BS” when it comes to Barbara, who has gathered an Instagram following of her own after the show.

“It’s made me feel really, really good that people that were against what I said that night have come back to me to say, you know, ‘I have this problem with my child, can you please help me?’” she explained. “Or, ‘My daughter is doing this,’ and they’re asking me now for advice. They become friends!”

Barbara is especially known for infamously telling Peter to “bring her home to us” (referring to Sluss) during the 2020 season.

“I’m still looking for the final one to bring home, so I’ll give you one more opportunity to say that,” Peter, who split from girlfriend Kelley Flanagan in February, added.

After Barbara noted that she’s looking forward to the day Peter finds someone who can be part of their family, he agreed, explaining, “You’re not just marrying that person. You’re marrying a family. And so that’s huge just to have just very similar values and, obviously family values, but yeah, like my mom said, I’m looking for a sweetheart.”

Home Videos The WORLD of WINE – Wine News. Cheap wine, tasting notes and cooking with wine The World of Wine – May 2021 … END_OF_DOCUMENT_TOKEN_TO_BE_REPLACED

How to visit Napa Valley on a Budget. In this video Carson and I explain a few ways to enjoy Napa on the cheap. Tip and advice about how to visit Napa … END_OF_DOCUMENT_TOKEN_TO_BE_REPLACED

Home Videos Get To Know Argentina Wine | Wine Folly If you love Malbec, Argentina is your ultimate wine region. But that’s not … END_OF_DOCUMENT_TOKEN_TO_BE_REPLACED