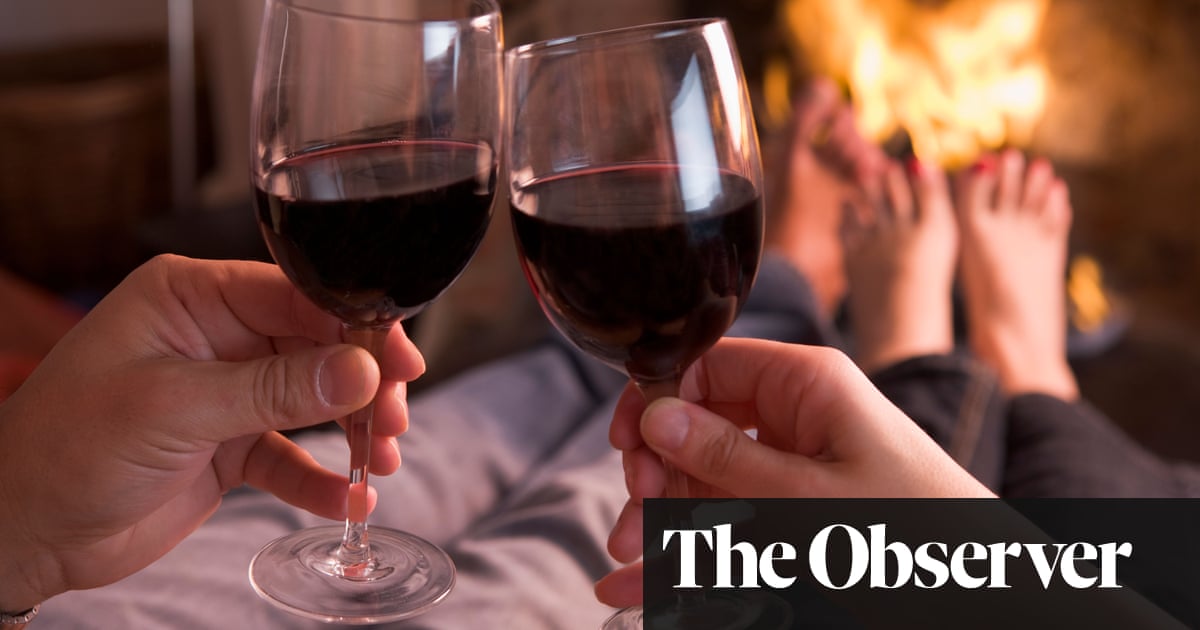 Morrisons The Best Amarone, Valpolicella, Italy 2017 (£16, Morrisons) Hunks of strong hard cheese and dark chocolate; deeply, richly flavoured soups and stews; old-fashioned puddings and pies … comfort food, in short, is what I’ve been looking for while near-hibernating in this bleakest of winters. Comforting wines, too, which for me means red and substantial – maybe with a touch more sweetness than normal, certainly with layers of flavour and a texture to chew on. Those conditions are all met by the northeastern Italian red wine style Amarone della Valpolicella, from the Valpolicella vineyards around Verona. Made from grapes that are deliberately dried for three or four months into raisins on straw mats or (more often these days) in slightly less artisanally-glamorous purpose-built, temperature-controlled drying rooms, Amarone, such as Morrisons’s well-made house version, has – surprisingly enough – a raisined edge to its flavours, is generally powerful in alcohol (at least 14%, often 15% or more) and may have a slightly sweet cast to go with chocolate, black cherry and savoury depths.

Purato Siccari Nero d’Avola Appassimento, IGT Terre Siciliane, Sicily, Italy 2019 (£9.99, ocado.com) The left over skins from Amarone grapes once they’ve been pressed and the juice racked off doesn’t go to waste in Valpolicella. In the ripasso method, they are added to vats of wines made from grapes that have not been through the drying process. The idea is that the amarone skins will bring depth and heft to straight valpolicella reds, which can be delightfully summery in its brisk cherry-fresh and perfumed lightness, while valpolicella ripasso is denser and more savoury (to see the difference, try a bottle apiece of the ethereal straight valpolicella classico and the still-elegant but resonant valpolicella ripasso from Nicola Ferrari’s Monte Santoccio estate sold by online merchant swig.co.uk). Dried-grape wines aren’t exclusive to the northeast. At the opposite end of Italy, the Sicilians have adopted it with sometimes-impressive, and good value results, with the organic brand Purato making a plummy, deeply satisfying, multilayered red from dried bunches of the island’s own nero d’avola grape.

Vignerons de Maury 1928 Solera Cask 873, Maury, Roussillon, France NV (£19.95, 50cl, bbr.com) Another method for upping the intensity and power in wintry-comforting reds is fortification. This is what gets you sweet red port, of course: the addition of grape spirit to a vat of fermenting red wine before all the sugar has turned to alcohol. Just as many of us used the excuse of Candlemas on 2 February to allow us to keep the Christmas decorations up way beyond the usual 6 January deadline this year, so port – such as the exuberantly forest-fruited, sumptuous Fonseca Reserve Ruby Port NV (£13.99, Waitrose) is worth sipping by firesides long after the designated festive period is over. Equally good with chocolate and cheese is the southern French answer to port: the fortified grenache reds of Roussillon. There’s silky-smooth plum black cherry compote in Mas Amiel Vintage Maury 2016 (£15.50, leaandsandeman.co.uk), while the various numbered cask bottlings from Vignerons de Maury’s 1928 Solera are a complex nutty, figgy, fruitcakey, chewy experience like nothing else.

Home Videos The WORLD of WINE – Wine News. Cheap wine, tasting notes and cooking with wine The World of Wine – May 2021 … END_OF_DOCUMENT_TOKEN_TO_BE_REPLACED

How to visit Napa Valley on a Budget. In this video Carson and I explain a few ways to enjoy Napa on the cheap. Tip and advice about how to visit Napa … END_OF_DOCUMENT_TOKEN_TO_BE_REPLACED

Home Videos Get To Know Argentina Wine | Wine Folly If you love Malbec, Argentina is your ultimate wine region. But that’s not … END_OF_DOCUMENT_TOKEN_TO_BE_REPLACED