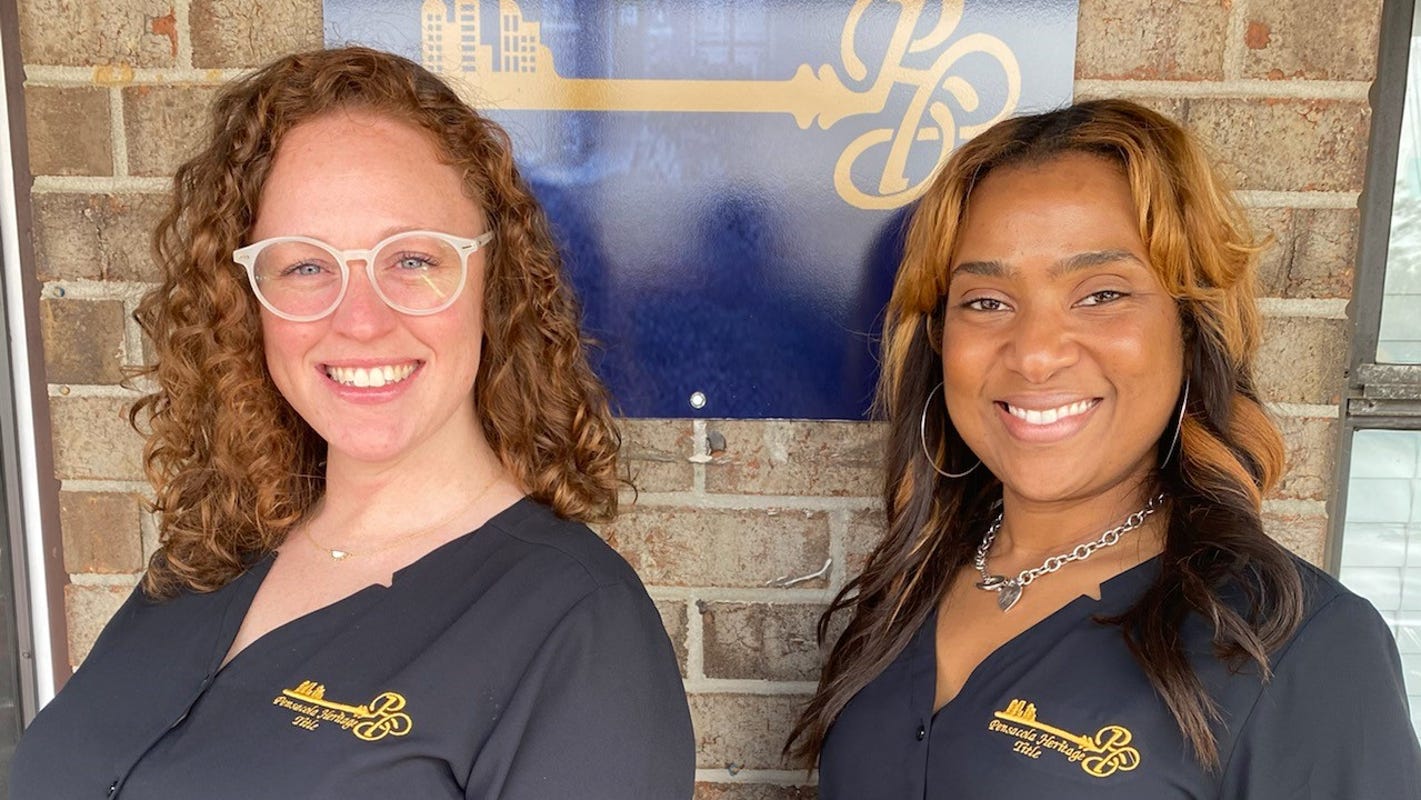 Even though they’ve been open for a very short time, they will also tell you their commitment to Pensacola started long before then.

“We’re all born and raised here, and our families have strong ties to the communities as well, so we want to make them proud,” Ford said. “It’s really all about the community.”

As a way to further reinforce its commitment to Pensacola, Pensacola Heritage Title will be holding meet and greet networking events each month. The first one to be held at 5 p.m. April 6 at Casks & Flights Wine Tasting Room in downtown Pensacola.

“Melissa is the most experienced in the title industry,” Ford said. “I come from a real estate background, and John is just that business professional that he is. We’re all like minds coming together, saying, ‘What can we do to make our community better?'”

The next step involved setting up the foundation.

“There’s a lot that goes into title,” Ford said. “There’s a lot of risk in the title business. And we have to make certain that we partnered with the right underwriter. We had to partner with the right software side of it. It’s a lot that goes into setting up a title business. It’s a lot of risk. So our focus has been in getting it right the first time, and go from there.”

Then came the licensing.

“Gathering the right information. Talking to the right people. Staying connected with each other,” McCorvey said. “I didn’t know there was an actual season for homebuyers, so we definitely wanted to be ready for that. So Melissa, Cecily and I becoming licensed title agents through the state was a very big deal. Me being the owner, I was thinking that I could open a business and not be licensed but have licensed agents, but that was not the case.”

“No, that was not the case,” Ford added. “Everyone in Pensacola Heritage Title will be licensed. We want to set the standard that we will all be licensed. Me, Melissa and John, we spent countless hours, at a table, at each other’s houses, studying, getting ready for that state test, so it was a lot of sacrifice, but well deserved.”

According to Ford, education is a major component at Pensacola Heritage Title.

“Pensacola Heritage Title was created because there was a void in our community,” Ford said. “Pensacola Heritage Title is a minority-owned business, and it’s the first of its kind in this area. But it’s bigger than just title. There’s a void in our community in homeownership. And we said, ‘How can we play a bigger part in getting our people to be homeowners?’ So we have a community initiative to get out, to educate the people in what it takes to actually get them to buying their own home.”

In addition to monthly networking events, Pensacola Heritage Title has also been sharing infographics and articles, as well as having helpful tools, such as obtaining an instant closing quote, on their website and Facebook page.

“That’s how Pensacola Heritage Title started,” Ford said. “It’s more than a title company. It’s what can we do to help get more of us in homeownership and wealth management? This is just the stepping stone. Title is just the first piece. We have bigger plans for our community.”

Kalyn Wolfe is a freelance columnist for the News Journal. Send new business tips to pcolanewbiz@gmail.com.

Home Videos The WORLD of WINE – Wine News. Cheap wine, tasting notes and cooking with wine The World of Wine – May 2021 … END_OF_DOCUMENT_TOKEN_TO_BE_REPLACED

How to visit Napa Valley on a Budget. In this video Carson and I explain a few ways to enjoy Napa on the cheap. Tip and advice about how to visit Napa … END_OF_DOCUMENT_TOKEN_TO_BE_REPLACED

Home Videos Get To Know Argentina Wine | Wine Folly If you love Malbec, Argentina is your ultimate wine region. But that’s not … END_OF_DOCUMENT_TOKEN_TO_BE_REPLACED