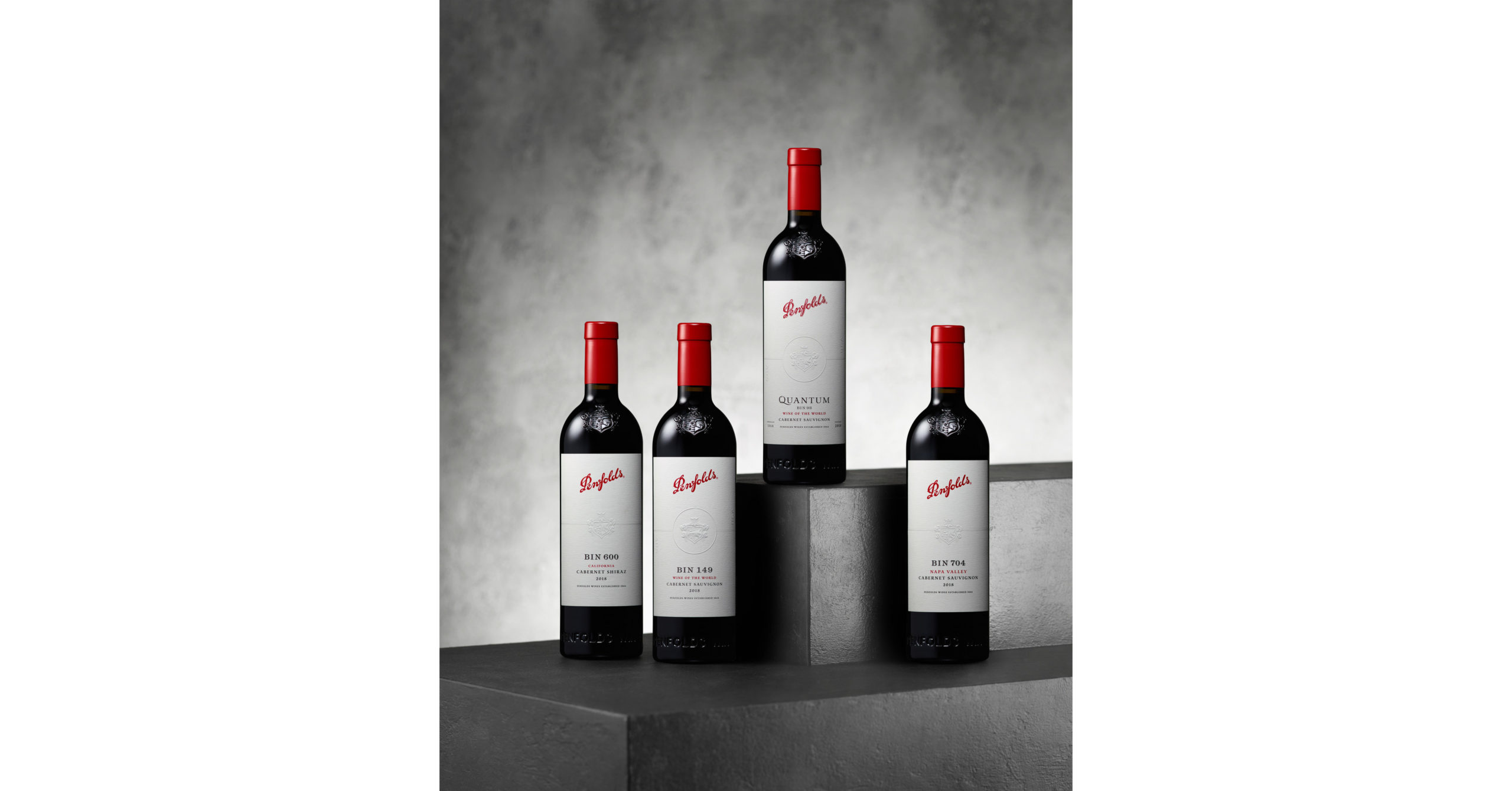 NAPA VALLEY, Calif., March 4, 2021 /PRNewswire/ — Over twenty years ago, Penfolds started exploring the bountiful soils of California, with an ambition to create a range of wines unrestricted by vine, border or continent. Today, Penfolds winemakers pick up where previous generations left off, to unveil four new Californian wines that extol an otherworldliness and something special.

Within the inaugural ‘California‘ Collection are four wines:

The two flagship wines that lead this collection, 2018 Quantum Bin 98 Cabernet Sauvignon and 2018 Bin 149 Cabernet Sauvignon, each can be referred to as ‘Wine of the World’, a Penfolds term used to describe the wine’s taste profile, because of the way it has been blended. Made from predominantly Napa Valley cabernet parcels, each wine contains a significant addition of flagship-worthy shiraz (Quantum) and cabernet (Bin 149) of the highest quality from South Australia. Wine of the World wines are blended across continents and hemisphere’s – possessing an ‘otherness’ that can best be described as ‘worldly’.

Penfolds Chief Winemaker Peter Gago said, “A quality-first approach underpins this inaugural release, led by 2018 Quantum. This blend assembles parcels of prized cabernet sauvignon from some of the Napa Valley’s best vineyards and pedigreed shiraz from South Australia. This is a first for Penfolds.”

Penfolds California journey started decades ago in the Camatta Hills vineyard, Paso Robles. In the 1980’s, Penfolds initiated an ambitious viticultural program in Australia called ‘Heritage Selections’. From its most prized vineyards, winemakers sought to identify single vineyards, blocks and vines that produced the best quality fruit. Cuttings from these exceptional Heritage Selections were then propagated and eventually sent across the world to California.

During 1998 – 1999, a selection of Magill Estate and Kalimna Heritage Selection vines were planted in Californian soil, at Block 30 of the newly purchased Camatta Hills Estate, Paso Robles. Formerly known as Creston 600 Ranch.The 11.5-acre Block 30 (the original and most prized block on the Estate) was fully propagated and planted by 2001. While planting the vineyards, viticulturists discovered another bonus: prized limestone or, in geological terms, “Camatta” soils – hence, the name “Camatta Hills”.

Over the past three years, Penfolds has sourced grapes from some of the best Californian vineyards to complement Penfolds House Style and deliver exceptional and distinctive quality wine. Winemakers spent time meticulously selecting fruit from Californian vineyards including Napa Valley AVAs: Oakville, Diamond Mountain District, Howell Mountain and Rutherford. Grapes were also sourced from Camatta Hills, Paso Robles, from the original vine cuttings planted in 1998 and 1999.

“The wines made in California pay respect to California terroir, yet one thing remains overtly consistent…the red Penfolds stamp. AP John barrels, open fermenters and time-honoured Penfolds winemaking techniques have been applied. Being global isn’t just about selling wine around the world, it is about working with both feet on the soil. We will have the Californian sun above and soil beneath, but everything in between will be Penfolds,” said Peter.

Penfolds has a multi-regional winemaking style unrestricted by region or vineyard, one that is now able to select grapes from one of the world’s most premium winemaking regions. Curiosity and creative desire is not limited by border or continent. The right soils, climate and fruit quality drive sourcing. Penfolds House Style allows and embraces the freedom to explore premium viticultural regions across Australia and the world, including California. Penfolds is also investigating winemaking opportunities in Bordeaux (and Champagne). All will be revealed in good time.

About Penfolds:
Since 1844, Penfolds commitment to quality has been underpinned by a ‘House Style’.  An approach that permits us to venture across borders to find the best grapes from the finest regions. Our uncompromising commitment to quality and experimentation to create wines has been passed down through generations of Penfolds winemakers, from the secret (experimental) bottling of Grange in 1951 and the unbroken line of vintages of what is now Australia’s best-known wine. It’s this constant pursuit and curiosity that drives us to always push beyond boundaries to try new things. Setting our sights on Napa Valley and California is a realisation of an ambition we set out to achieve more than twenty years ago, when Penfolds imported a Heritage Selection of vine cuttings from South Australia’s esteemed Kalimna and Magill Estate vineyard, and planted them in Californian soil. This new chapter encapsulates a bold alliance between the northern and southern hemispheres. A continuum of endeavour unbound by country, vine or time.

Home Videos The WORLD of WINE – Wine News. Cheap wine, tasting notes and cooking with wine The World of Wine – May 2021 … END_OF_DOCUMENT_TOKEN_TO_BE_REPLACED

How to visit Napa Valley on a Budget. In this video Carson and I explain a few ways to enjoy Napa on the cheap. Tip and advice about how to visit Napa … END_OF_DOCUMENT_TOKEN_TO_BE_REPLACED

Home Videos Get To Know Argentina Wine | Wine Folly If you love Malbec, Argentina is your ultimate wine region. But that’s not … END_OF_DOCUMENT_TOKEN_TO_BE_REPLACED