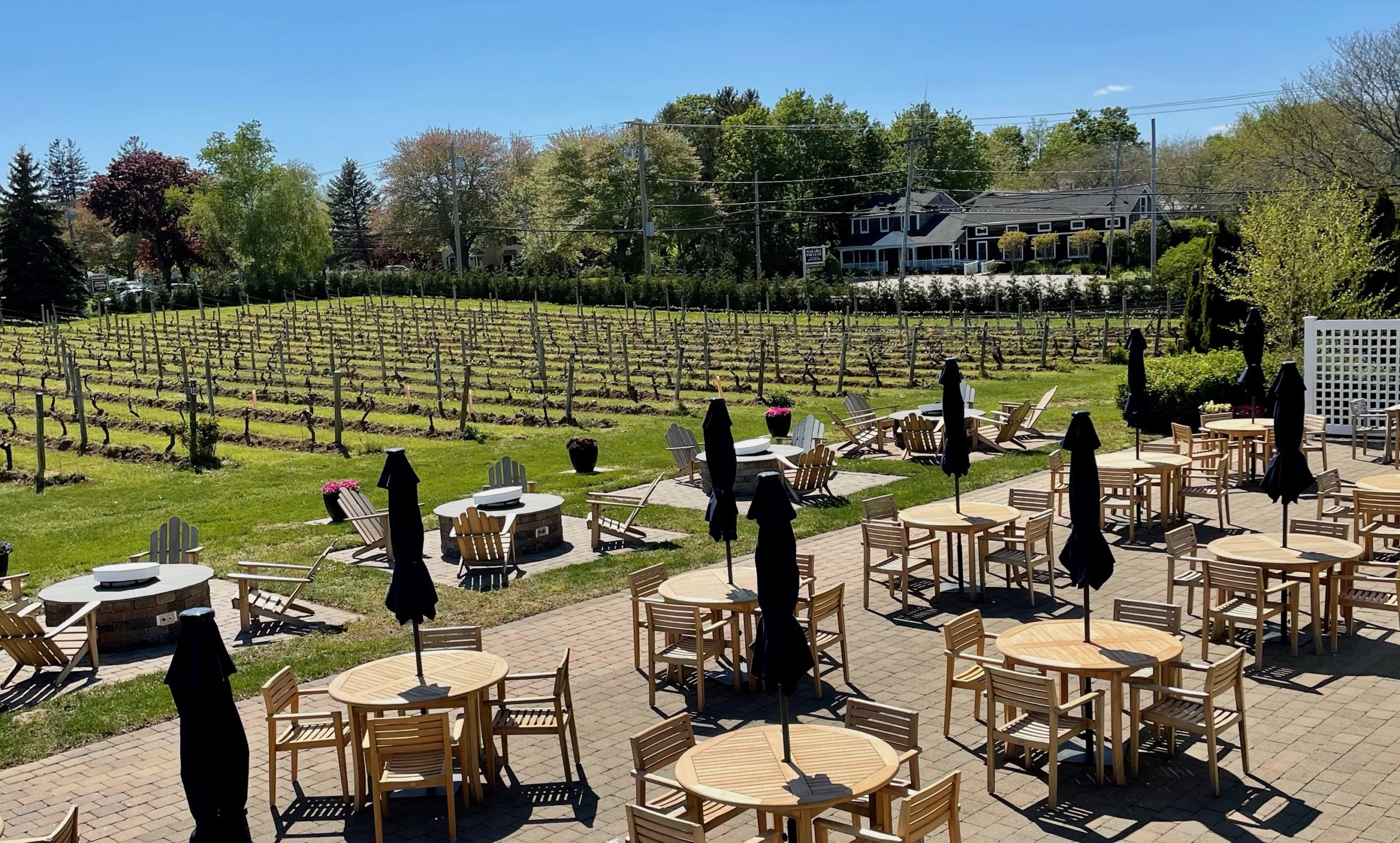 There aren’t many wineries that go unseen on the North Fork. But Peconic Bay Winery, after being closed for eight years, had blended into the background of its surroundings. The vines were tended by other wineries when the tasting room closed to the public in 2013, but there’s something that gets lost when no one is there to enjoy the wine.

About two weeks ago, that changed. The winery, now called Peconic Bay Vineyards, opened up the tasting room to the public for a soft opening in preparation for a grand opening happening on May 14. “There were a lot of wide eyes walking in here and just seeing the space again,” Evan Ducz, tasting room manager, said. “People were really happy to see it open and I mean, it looks beautiful.”

The property was purchased in 2019 by the Soloviev family, which also owns Santa’s Christmas Tree Farm and the Chequit on Shelter Island. You would never know how long the tasting room had been closed. Sleek and modern, the interior has been revived — a fresh coat of paint, new floors and a new bar top.

“Stacy [Soloviev] was really really focused on keeping everything the way it was to pay homage to the previous owners,” Ken Cereola, general manager, said. “But to still get everything alive again and vibrant, and ready to open.”

After the 2019 purchase, the Soloviev family waited for restrictions related to the pandemic to ease before opening, Cereola said. “We felt it was a better idea to kind of just sit back, take 2020 off to really develop our brand,” he added. “And seeing how well the wineries were doing under those restrictions, it definitely gave us hope to open now.”

Even though it has been quite a few years since any customers have seen the inside of the Peconic Bay tasting room, they will be seeing some familiar faces if they ever stopped by a decade ago. “They have done a tremendous job in hiring locals,” Cereola said, who worked at Palmer Vineyards before being hired in March 2020. The previous winemaker, Greg Gove, was also brought back to Peconic Bay Vineyard. Ducz, the tasting room manager, got his start in the wine industry at Peconic Bay Winery.

“I have so many great memories of this place. When you’re making a decision about your career, you don’t want to think with your heart too much, but I kind of did a little bit,” said Ducz, who moved from Sparkling Pointe. “Add to that the vision and the plans that they have for this place, really made me think this is a good move.” Cereola added that when Santa’s Christmas Tree Farm is in its off season, many of the employees will come and work at Peconic Bay Vineyard.

Right now, the focus is on the tasting room, but in the next few years, there are plans to build another tasting room, an on-site winemaking facility and a small, boutique hotel for guests to stay on the property.

In the few weeks since the tasting room has been open, they’ve started a wine club and six wines have been released, including a riesling, chardonnay and merlot. “We have 125 acres under vine,” Ducz said. “We’re planting a ton of new varietals, and we’re starting off with a really small production. So we’re going to be selling quite a bit of our fruit, but that just allows us to pick and choose what we want, year to year, and get the very best quality fruit.”

Peconic Bay Vineyards will hold its grand opening on May 14. They are open Friday through Monday, 11 a.m. to 5 p.m., and will open seven days a week after Fourth of July.

Home Videos The WORLD of WINE – Wine News. Cheap wine, tasting notes and cooking with wine The World of Wine – May 2021 … END_OF_DOCUMENT_TOKEN_TO_BE_REPLACED

How to visit Napa Valley on a Budget. In this video Carson and I explain a few ways to enjoy Napa on the cheap. Tip and advice about how to visit Napa … END_OF_DOCUMENT_TOKEN_TO_BE_REPLACED

Home Videos Get To Know Argentina Wine | Wine Folly If you love Malbec, Argentina is your ultimate wine region. But that’s not … END_OF_DOCUMENT_TOKEN_TO_BE_REPLACED