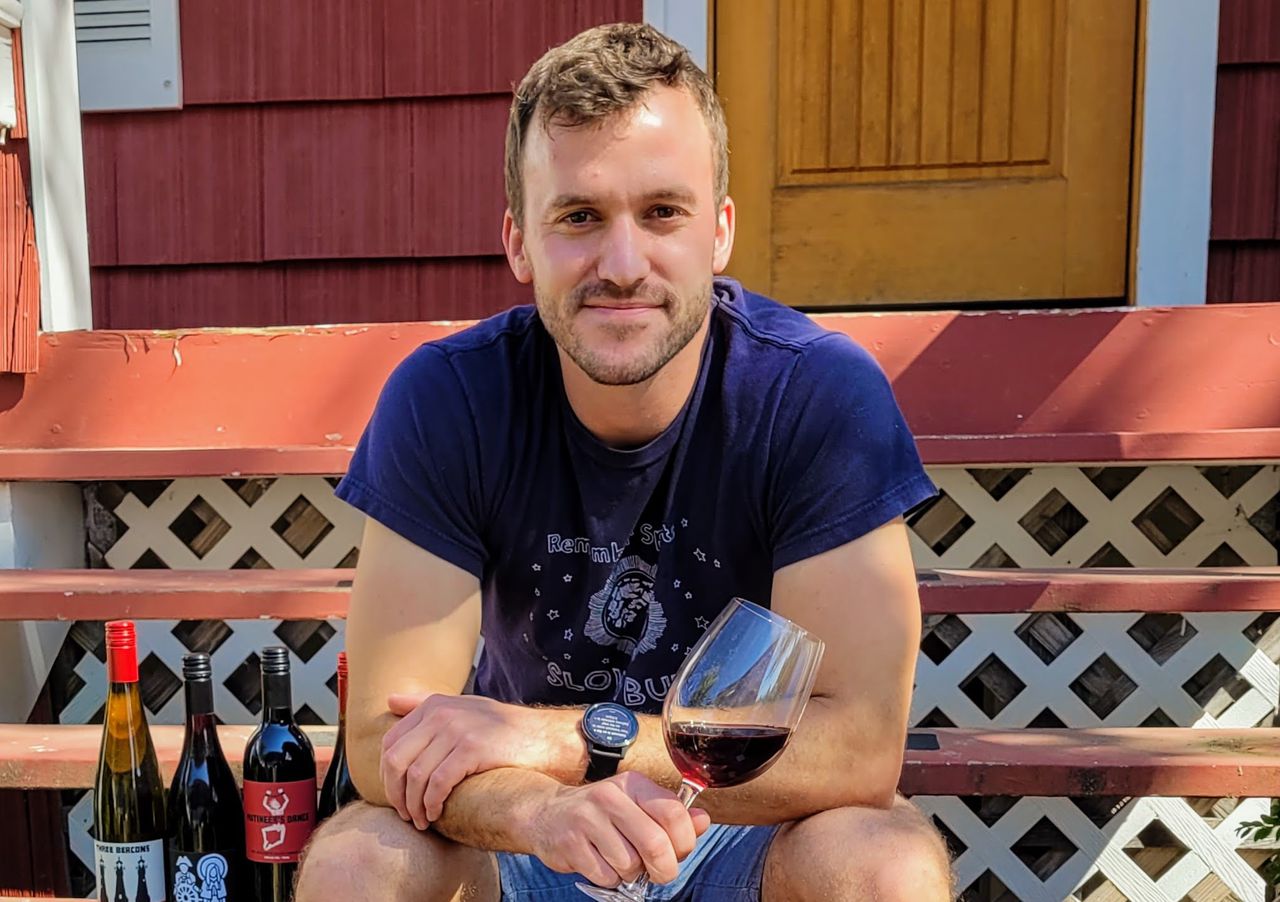 Nate Bentley of Old Salt Cellars in Salem is taking the phrase “putting out fires at work” to heart. Bentley is quitting winemaking to fight actual fires.

In 2014, Bentley left a promotional career at Tinderbox Music to work at Witness Tree Vineyard with winemaker Steven Westby. When Witness Tree was sold to a group of investors in 2016, Bentley moved on to other local wine jobs, including a three vintage stint as cellar master at Harper Voit Wines in McMinnville.

For six vintages from 2014 to 2019, Bentley made his Old Salt wines on his own time. That streak came to a dramatic halt early last fall.

Bentley was driving to work while September wildfires choked the Willamette Valley with dense smoke.

“It looked like hell out there. I literally asked myself, ‘Why am I making wine when the world is on fire?’” Bentley said.

Oregon’s devastating 2020 wildfires convinced Bentley it was time to trade barrels and bottles for a hook-and-ladder.

“Everything I read says these fires are going to get worse because of climate change,” Bentley said. “As a small producer with limited resources, do I want to slog it out fixing smoke-contaminated wines? I just want to develop a skill set for a harsher world.”

“Municipal firefighting is a very competitive market, so I’d be happy to end up with a paramedic position,” Bentley said.

Don’t be too hard on yourself if you are unfamiliar with the wines of Old Salt Cellars. Bentley didn’t make a lot of wine, and he always put his work for winery employers ahead of self-promotion. Even though it is my job to keep up on wineries, I didn’t stumble across Old Salt until recently.

The Old Salt name was inspired by Bentley’s childhood obsession with pirate stories. That passion may have something to do with the fact Bentley’s father was a deep-sea wreck diver. Bentley, a highly successful competitive collegiate swimmer, said water had always been a significant part of his family’s life.

The wine that led me to Bentley is called “The Shell,” named in honor of his wife, Michelle. The front label has striking black, red and white images relating to Bentley’s life, while the back label features a love poem to his wife that would have made Blackbeard misty-eyed.

“The Shell,” which is the only Old Salt wine Bentley has left for sale, is an unusual blend of pinot noir, dolcetto and gamay noir. The pinot noir and dolcetto grapes came from Witness Tree Vineyard in the Eola Amity Hills. The gamay noir grapes were picked at Chemeketa Community College’s instructional vineyard, which is also located in the Eola-Amity Hills.

I never had the opportunity to try Bentley’s other wines. If they were all as good as “The Shell,” the Oregon wine industry has lost a talented winemaker.

This wine demands your attention, from its deep garnet color to its winning combination of lively acidity and enough tannic structure to rough up the roof of your mouth. The sweet and savory aromas of blackberries, thyme and seared pork fat command you to open a second bottle. Flavors of cassis and grape hard candy join forces with white peaches to shout you down if you try to argue the point.

My advice: invite friends over if you plan to pry this “Shell” open. Then make a toast to Bentley and, hopefully, his new career.

While the suggested retail price for “The Shell” is $24, prices may vary.

Home Videos The WORLD of WINE – Wine News. Cheap wine, tasting notes and cooking with wine The World of Wine – May 2021 … END_OF_DOCUMENT_TOKEN_TO_BE_REPLACED

How to visit Napa Valley on a Budget. In this video Carson and I explain a few ways to enjoy Napa on the cheap. Tip and advice about how to visit Napa … END_OF_DOCUMENT_TOKEN_TO_BE_REPLACED

Home Videos Get To Know Argentina Wine | Wine Folly If you love Malbec, Argentina is your ultimate wine region. But that’s not … END_OF_DOCUMENT_TOKEN_TO_BE_REPLACED