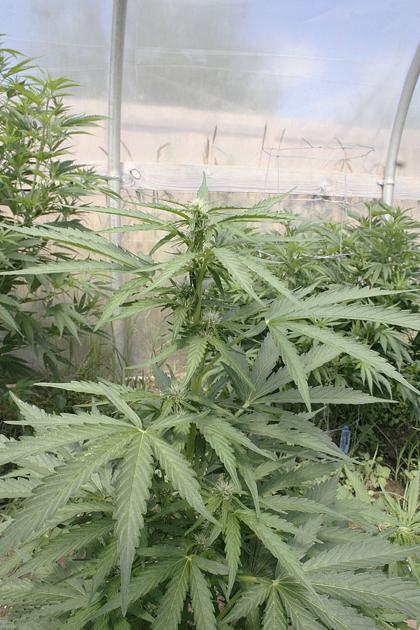 Two Oregon wine grape growers have failed to convince a state judge their grapes would be harmed by odors from a neighboring marijuana operation.

Yamhill County Circuit Judge Cynthia Easterday has ruled that Smera Vineyard and Maysara Winery haven’t met their burden of proof to justify blocking the nearby Wagner family from growing and processing the psychoactive crop.

The judge said that she’d deliberated on the case for nearly eight months since the trial was held in late February and had re-listened to expert testimony several times since then.

“This was a very difficult and close decision,” and while the potential for the smell of marijuana to taint wine grapes raises “a threat, a risk, and concerns, there is insufficient proof at this time by a preponderance of the evidence that it will damage plaintiffs’ current or future agricultural products,” Easterday said.

The judge also determined that Steven, Mary and Richard Wagner, the marijuana producers, can lawfully use an easement across one of the plaintiff’s properties and that the defendants are the prevailing parties under Oregon’s “right to farm” statute.

This “right to farm” question is significant, since the prevailing parties in a lawsuit alleging nuisance or trespass from farm practices in Oregon are entitled to recover their litigation costs from the losing parties.

Easterday said she’d “still need to make findings as to the reasonableness of the amounts of the attorney fee awards.”

The vineyard plaintiffs originally filed the lawsuit in 2017 but their request for a temporary restraining order against the marijuana operation was denied.

However, their complaint survived a motion to dismiss after the court found the defendants didn’t have a “blanket immunity” from the charges under Oregon’s “right to farm” law.

Maysara Winery produces wine and grows grapevines on more than 530 acres near McMinnville, Ore., while Smera Vineyards is a smaller, 3-acre grape-growing operation.

They claimed the Wagner family’s proposed marijuana operation will smell of “skunk and rotting food” that will release terpenes that attach themselves to grape skins and ruin the wine, similarly to smoke and emissions from asphalt and eucalyptus trees.

“The smells prized by cannabis growers would be disastrous to the nearby vineyards,” the plaintiffs said in a trial memo, adding that particles from marijuana will cause “THC infused wine” that will complicate international and interstate sales.

While Oregon has legalized marijuana, the crop and the psychoactive THC compound remain illegal under federal law.

Maysara winery also claimed that its revenues from grape sales dropped significantly due to customer fears of marijuana taint, resulting in a loss of more than $100,000 in cash flow.

The Wagners countered that an injunction against their marijuana operation wasn’t justified because the harm to vineyards is “speculative” and because the psychoactive crop is protected from such nuisance and trespass claims under Oregon’s “right to farm” statute.

“Here, the evidence will show that Plaintiffs cannot prove damage to their vineyards or any grapes caused by the Wagners’ farming activities,” the defendants said in a trial memo.

Home Videos The WORLD of WINE – Wine News. Cheap wine, tasting notes and cooking with wine The World of Wine – May 2021 … END_OF_DOCUMENT_TOKEN_TO_BE_REPLACED

How to visit Napa Valley on a Budget. In this video Carson and I explain a few ways to enjoy Napa on the cheap. Tip and advice about how to visit Napa … END_OF_DOCUMENT_TOKEN_TO_BE_REPLACED

Home Videos Get To Know Argentina Wine | Wine Folly If you love Malbec, Argentina is your ultimate wine region. But that’s not … END_OF_DOCUMENT_TOKEN_TO_BE_REPLACED