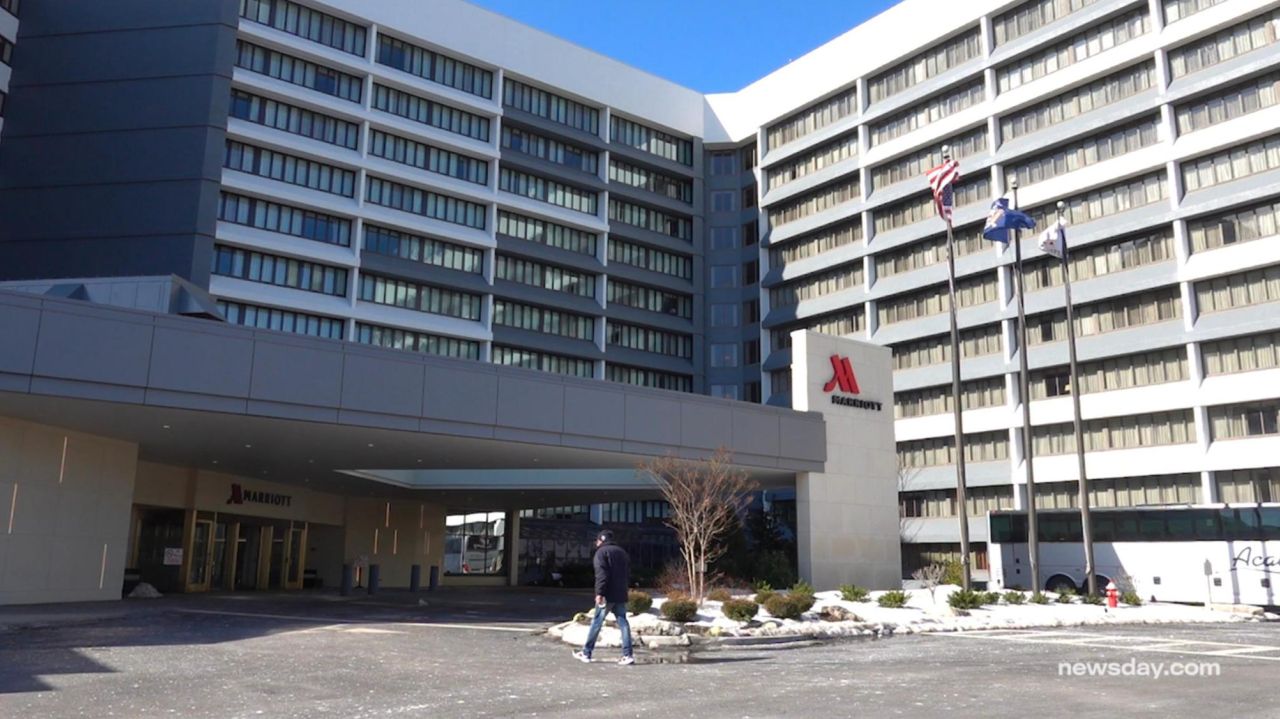 Fred and Lisa Gianchetti, owners of Del Vino Vineyards, were stunned last month when more than 480 people applied for a single opening for a line cook at their Northport winery.

Fred Gianchetti said the business posted the job on Indeed.com and a few other online job boards as usual.

“I’ve always struggled to fill kitchen positions and now there’s an abundance of people who are looking for work,” Gianchetti said. “I’m getting resumes from not only our local area but also Manhattan, the five boroughs, New Jersey and Connecticut.”

Other employers, particularly those in the hard-hit leisure and hospitality sector, report similarly high numbers of applicants in a job market turned upside down by the pandemic. With the region down more than 104,000 jobs in December from a year earlier and at least 79,200 Long Islanders looking for work as of last month, competition for some job openings has grown intense.

The Island’s December unemployment rate, the most recent available, was 5.5%, compared to 3.6% a year earlier. While that’s a dramatic improvement from April’s historic high of 16.1%, economists say the reality is likely far worse than the current rate suggests.

Nationally, the unemployment rate ticked down to 6.3% in January. But about 4 million people who are out of work have given up and stopped searching for jobs, and so aren’t counted as unemployed. If these people were counted among the officially jobless, the unemployment rate would be nearly 10%, Federal Reserve Chair Jerome Powell said in a speech Wednesday at the Economic Club of New York in Manhattan.

The firm has also seen interest in its pilot positions explode, partly as a result of mass layoffs at many commercial airlines. For a second-in-command pilot position, Ventura would normally see about 100 applications over a six-month period, Tennant said. During the pandemic, that number has ballooned to 1,135 in only four months.

“We’ve seen a huge influx as far as interest goes, which for us has been wonderful,” she said. Applicants for “a lot of our traditional positions [have increased] almost 10-fold.”

Mark Irgang, president of the Long Island Hospitality Association, said most employers in the hard-hit sector aren’t hiring, but when openings do come up, many are seeing large numbers of applicants.

“Obviously, there’s a lot less positions available due to the economic conditions we’re facing,” he said. “There’s really not a lot of hotels and restaurants looking for an hourly position because they’re struggling so much.”

The region’s leisure and hospitality businesses have seen some of the biggest job losses. In December, the last month such data is available, the sector was down 38,200 jobs from the same month in 2019.

Irgang, who is overseeing the opening of two Marriott hotels at JFK Airport, said a few months ago he posted four openings for management and middle management positions for the new hotels. In three days, he received over 800 applications.

Before the pandemic, 20 resumes in three days would have been a very good response, he said.

“We have the luxury of picking the best of the best because unfortunately there’s a lot of great people who have been furloughed or are out of work,” Irgang said.

“If we put an ad in for a manager, we are getting hundreds and hundreds of resumes from over-qualified candidates.” said Catanzaro, whose firm owns and manages 53 hotels in 22 states. In many cases, he said, candidates held higher-ranking positions at previous jobs and were willing to take a 40% to 50% cut in pay.

Last spring, with all but essential businesses shut down and more than 229,300 Islanders furloughed or jobless in April, hiring managers at grocery chain Stew Leonard’s said they saw single cashier openings receive close to 100 applicants.

“Not only did we get an accelerated number of applications last year, but we also saw folks who were switching industries,” said Ellen Story, vice president of human resources.

Story recalled the case of a young pilot who had just started a job at a commercial airline a month before the pandemic began who applied for a job stocking shelves while waiting for the airline business to pick back up.

“We’ve never seen anything like that before,” she said.

While competition for available jobs has spiked for many businesses, some owners said they are having a hard time filling basic positions.

“A lot of businesses and restaurants are cutting back because we’re going bare bones,” Korten said. “However, when a cook or dishwasher or server position comes up, we have a hard time finding anybody.”

Korten said he’s had an open sous-chef position for months but hasn’t received a high volume of inquiries. Those that do reach out have no experience and wouldn’t be a good fit, he said, adding that he’s heard from other restaurant owners facing the same thing.

“I don’t understand because there’s a lot of people out of work,” Korten said. “I don’t know where the hospitality industry is going. There could be a lot of people finding paths to a new career.”

Rich Cutler, owner of Mim’s Restaurant in Roslyn and the Mill Creek Tavern in Bayville, said he’s seeing a lot of applicants, but few of them are qualified for the few open positions he’s advertised on Facebook Marketplace.

“People are looking for jobs and I think they’re just desperate,” he said. “They’ll just apply for any job.”

Even paralegals with no restaurant background have applied, Cutler said.

Home Videos The WORLD of WINE – Wine News. Cheap wine, tasting notes and cooking with wine The World of Wine – May 2021 … END_OF_DOCUMENT_TOKEN_TO_BE_REPLACED

How to visit Napa Valley on a Budget. In this video Carson and I explain a few ways to enjoy Napa on the cheap. Tip and advice about how to visit Napa … END_OF_DOCUMENT_TOKEN_TO_BE_REPLACED

Home Videos Get To Know Argentina Wine | Wine Folly If you love Malbec, Argentina is your ultimate wine region. But that’s not … END_OF_DOCUMENT_TOKEN_TO_BE_REPLACED