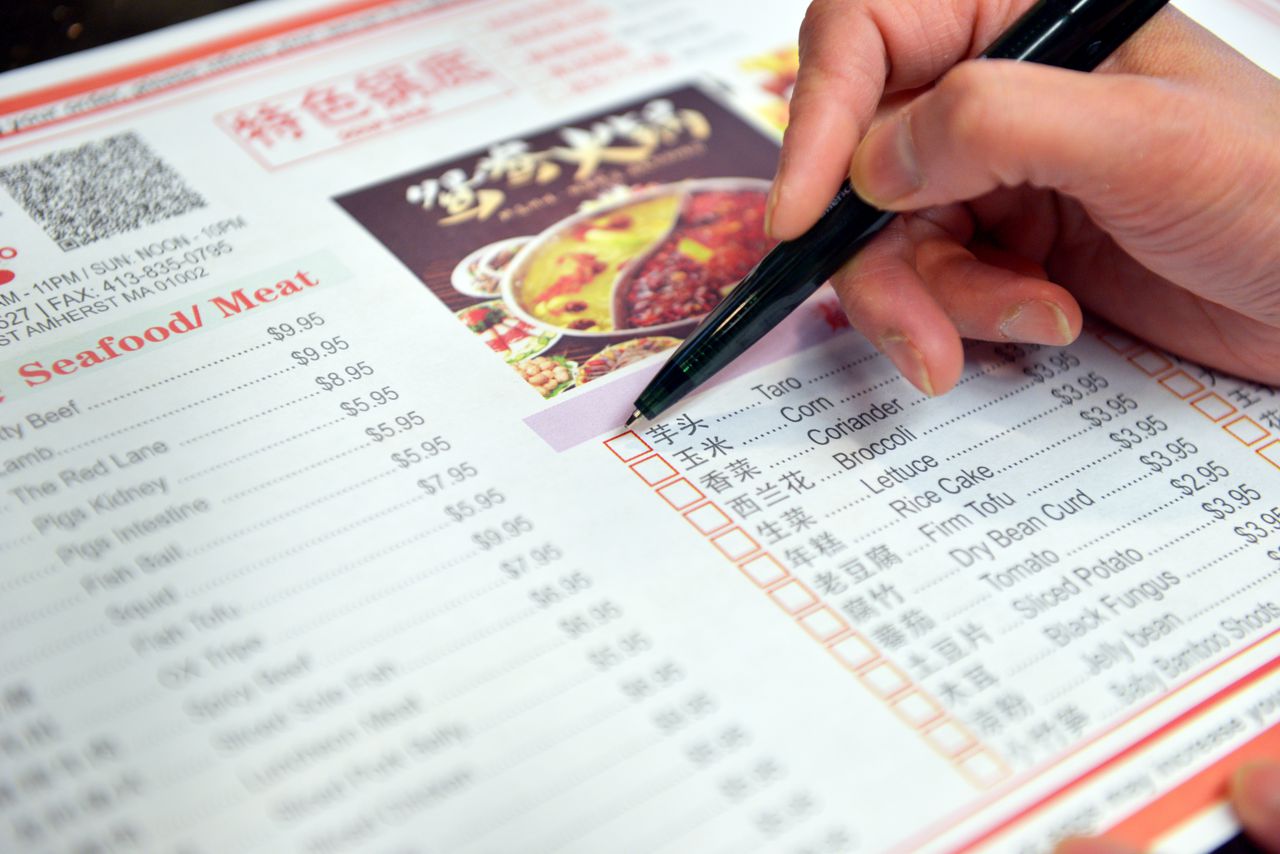 One predictable consequence of the current hiring crunch in the restaurant industry is an upward creep in the wage rates food service operators find themselves offering to recruit employees.

With ten states having already reset their minimum wage to $15 an hour, industry observers predict that, regardless of any federal action on the minimum wage, that the $15-an-hour figure will eventually be the de facto “minimum wage” in most parts of the country.

With prices of food and supplies currently increasing at an annualized rate of 5% or more, plenty of restaurant operators both large and small are beginning to ask whether or not they could survive under a $15 minimum wage.

While it’s hard to take exception to a $15-an-hour rate as a “livable wage” for a worker who is solely dependent on it for his or her livelihood, the money to pay that rate has to come from somewhere. For the restaurant industry that will inevitably mean menu price increases.

Some of the major restaurant brands have already put in place upward price adjustments of 2%, 3%, and more since the start of 2021, with the fast food industry having been most aggressive in “taking margin.”

The One Fair Wage advocacy group, a nationwide activist effort agitating to make the $15 wage rate universal, recently publicized its estimates of the impact their wage proposals would have on restaurant menu prices.

The goal of One Fair Wage is a $15 minimum for service worker jobs with “tips on top.” Their impact analysis, prepared with the help of a UC Berkley think tank, asserts that restaurants could profitably afford such a livable wage with, in organization’s words, a “moderate price increase of 20% at most.”

One Fair Wage also suggests that restaurants could use a combination of surcharges and “hospitality fees” to fund higher wage rates.

Of course, the unknown in all of this economic analysis is how customers would react to such price hikes and fees, especially at a time when pandemic-driven inflation is putting pressure on the cost of living overall.

Restaurant purchases, it must be remembered, represent discretionary spending for many consumers, and higher prices might very well result in fewer dining out occasions.

Executive chef Enrico Giovanello of the Table 3 Restaurant Group will be demonstrating Italy’s “cucina povera” (peasant cookery) at Avellino in Sturbridge on Sept. 16.

Part of Giovanello’s on-going “Cooking with Rico” series, the evening’s program will explore the cuisine of Umbria, a style that brings together ingredients such as pork, various cured meats, grains, and mountain herbs to create a food experience that’s minimalist yet full of flavor.

Participants in the program will have an opportunity to sample the dishes prepared, each of which will be matched with an appropriate wine pairing.

The Cooking with Rico evening begins at 6:30 p.m. and costs $57 per person; a no-wine price option is also available. Tax and gratuity aren’t included in the event fee.

Starbucks, the brand that first popularized that which is now fall’s emblematic flavor, has brought back it pumpkin-spice lineup for the 18th year.

The Pumpkin Spice Latte is back, along with a companion chilled beverage option – the Pumpkin Spice Cold Brew, an iced coffee creation that’s flavored with vanilla syrup and topped with a pumpkin cream cold foam.

To promote these seasonal pumpkin-spice offerings, Starbucks is providing an online tool for customers to measure the intensity of their pumpkin-spice cravings.

The Starbucks Pumpkin Love O’Meter can be found at pumpkinloveometer.com.

Champney’s Restaurant and Tavern at the Deerfield Inn in Deerfield is currently featuring a Friday evening Prime Rib Night. Every Friday Champney’s will be serving prime rib with mashed potatoes, seasonal vegetable, and horseradish-sour cream sauce.

Dinner starts at 5 p.m. and reservations are suggested.

Each tour visits five or six separate locations and provides opportunities to sample food specialties such as meats, cheeses, breads, pastries, and more.

Participants are provides with bottled water and a goodie bag; tours take place on a rain-or-shine basis. Northampton Local Food Tours are scheduled on Saturday mornings and some Friday afternoons; cost for adults is $60.

Getting on board with the meat replacement trend, fast-casual Chipotle Mexican Grill has announced that it is testing, in two major markets, a plant-derived chorizo replacement.

Billed as part of the brand’s effort to accommodate those customers who prefer a plant-based lifestyle, the chorizo substitute is formulated from peas, ancho chilies, chipotle peppers, tomato paste, and other spices and flavorings. The chorizo substitute ticks off all the necessary boxes: it’s gluten- and soy-free, all-natural, and “clean”, with no artificial flavors, colors, or preservatives. The chain is promoting this new chorizo replacement as being made “with ingredients grown on a farm, not in a lab.”

Eventual system-wide availability will be determined by the results of the current market test.

Northampton, one of the region’s most popular dining destinations, is currently operating under an indoor mask mandate. Regardless of vaccination status, individuals over five years of age must wear a mask at all times when in “public indoor spaces” (a definition that includes restaurants).

The order allows face coverings to be removed for purposes of eating or drinking and places responsibility for compliance on “the person or entity in control of [the] public indoor space.”

A fine of up to $1,000 per day for violations is provided for by the Board of Health order, which established the mask mandate. The complete text of the order can be seen at Northamptonma.gov/DocumentCenter.

As part of an effort to rebuild its breakfast business, McDonald’s has introduced a new item to its McCafe baked goods selection.

The “Glazed Pull Apart Donut” is making a Sept. 1 debut and will be available for a limited time, joining the Apple Fritter, Blueberry Muffin, and Cinnamon Roll that are already available. Coated with a sweet glaze, the donut is shaped so it can be easily torn apart into individual bites.

Like the rest of the McCafe bakery lineup, the Donut will be available all day, not just during breakfast hours.

In making their way through the more than 200 entries their Best Sandwich in America 2021 contest received, the editors of “Restaurant Hospitality” magazine have already identified a number of themes in contemporary sandwich crafting.

While interest in plant-based replacements for animal protein continues to grow, meat is still king in the sandwich world, with a number of contest entries like the Chicano, a barbecue-style creation, characterized by a “meat on meat” approach. The Chicano, which is served by The Ridge in Nashville, TN, layers chorizo and smoked brisket into a baguette, finishing the sandwich with queso and pickled jalapenos.

Not surprisingly, chicken sandwiches, especially those made with fried breast filets, were featured components in some menu item entrants.

Mushrooms also starred in a number of sandwiches submitted, their substantial character and hearty flavor profile a key element of the composition.

A dominant ethnic influence in this year’s contest was South Asian street food. Amber India in San Francisco submitted Bun Keema, a slider-style creations inspired by a classic Mumbai snack of ground lamb, tomatoes, and peas. The keema filling is served on buttered buns and garnished with chopped red onion.

More information on the winning sandwich entries can be found at restaurant-hospitality.com.

Caminito Steakhouse in Northampton has returned to full operation, offering both indoor and outside dining Wednesday through Sunday evenings from 4 p.m. to 9 p.m. with a full menu, full bar, and full wine list.

Reservations are requested for either inside or outside dining; the restaurant can be reached at (413) 387-6387.

The restaurant’s menu can be viewed at camintosteakhouse.com.

Hugh Robert is a faculty member in Holyoke Community College’s hospitality and culinary arts program and has nearly 45 years of restaurant and educational experience. Robert can be reached on-line at OffTheMenuGuy@aol.com.

Home Videos The WORLD of WINE – Wine News. Cheap wine, tasting notes and cooking with wine The World of Wine – May 2021 … END_OF_DOCUMENT_TOKEN_TO_BE_REPLACED

How to visit Napa Valley on a Budget. In this video Carson and I explain a few ways to enjoy Napa on the cheap. Tip and advice about how to visit Napa … END_OF_DOCUMENT_TOKEN_TO_BE_REPLACED

Home Videos Get To Know Argentina Wine | Wine Folly If you love Malbec, Argentina is your ultimate wine region. But that’s not … END_OF_DOCUMENT_TOKEN_TO_BE_REPLACED