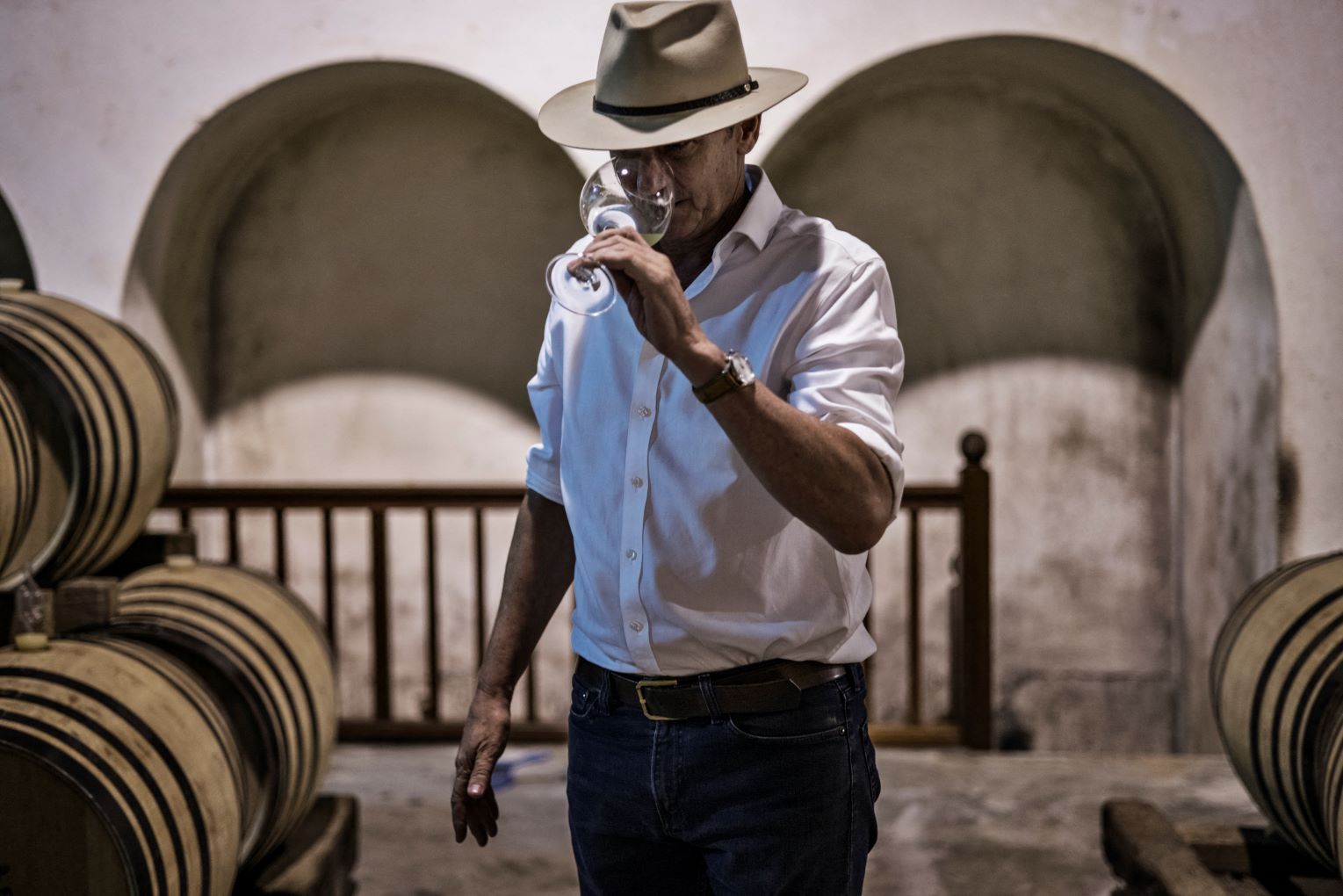 It’s not for nothing that South Africa’s Hemel en Aarde valley has carved out a global reputation a winemaking destination of note.

The region’s wines have become a hit among wine lovers seeking a fresh, distinctive flavour. And winemakers here do not try to imitate the big European names, which can often be a stifling benchmark.

Instead, they produce wines with a strong South African identity — wines whose savour tells the story of their distant birthplace and bring with them the heritage from the first Huguenot plantations in the 1600s.

Hamilton Russell bought 52 hectares of land from his family in the early 1990s.

The estate produces a red and a white wine from Burgundy grape varieties originating in eastern-central France.

Pure air and soil a must at Hamilton Russell

The soils have high clay percentages, similar to those in Cote de Nuits, and “in blind tastings sometimes our wines are thought as Burgundian”, said Hamilton Russell, despite the very different climatic conditions.

At the end of his vineyards are a few fynbos, a cliff and then the Atlantic, close to its dramatic confluence with the Indian Ocean.

“I like to think there is nothing between us and Antarctica. Very clean air,” Hamilton Russell said.

Winemaking has taken a big knock

In the middle of the golden-green Chardonnay vines, dozens of workers in overalls move forward, snipping bunches off the plant and taking boxfuls to a tractor. Weeds grow between their feet.

The 2021 harvest has been late. For South African winegrowers in general it has been a terrible year, marked by the coronavirus pandemic and several government-imposed national bans on the sale of alcohol.

Pascaline Lepeltier, a French sommelier based in New York, said the region had enjoyed “spectacular success” thanks to “fresh, fine wines that are less orientated towards exuberant fruit and strength”.

She singled out their choice to respect the environment and limit additives — the key to “the true shine of a terroir”.

Chris Alheit of Alheit Vineyards is a mischievous 39-year-old winemaker in a T-shirt and shorts. When he talks about wine, he speaks enthusiastically about a “real Cape identity, a South African DNA”.

“We are not trying to copy a French wine,” Alheit said.

No irrigation, no chemicals and no cheating

At 06:00, the sky turns pink. Alheit brings boxes to be loaded into a refrigerated truck. Birds chirp away, bringing a joyful lightness to the repetitive noise of pruning shears.

“The big sprint is finished already,” Alheit said of the annual task of figuring out the right moment to harvest. I already have plenty of good acidity, not too much sugar. Now I need a little sex appeal, to add some curves.”

“I don’t want my wine to be a pineapple bomb,” he laughed.

“For a wine to grab your imagination, as it should, it needs to be pure. If you sense dishonesty, it becomes less exciting,” he said.

Home Videos The WORLD of WINE – Wine News. Cheap wine, tasting notes and cooking with wine The World of Wine – May 2021 … END_OF_DOCUMENT_TOKEN_TO_BE_REPLACED

How to visit Napa Valley on a Budget. In this video Carson and I explain a few ways to enjoy Napa on the cheap. Tip and advice about how to visit Napa … END_OF_DOCUMENT_TOKEN_TO_BE_REPLACED

Home Videos Get To Know Argentina Wine | Wine Folly If you love Malbec, Argentina is your ultimate wine region. But that’s not … END_OF_DOCUMENT_TOKEN_TO_BE_REPLACED